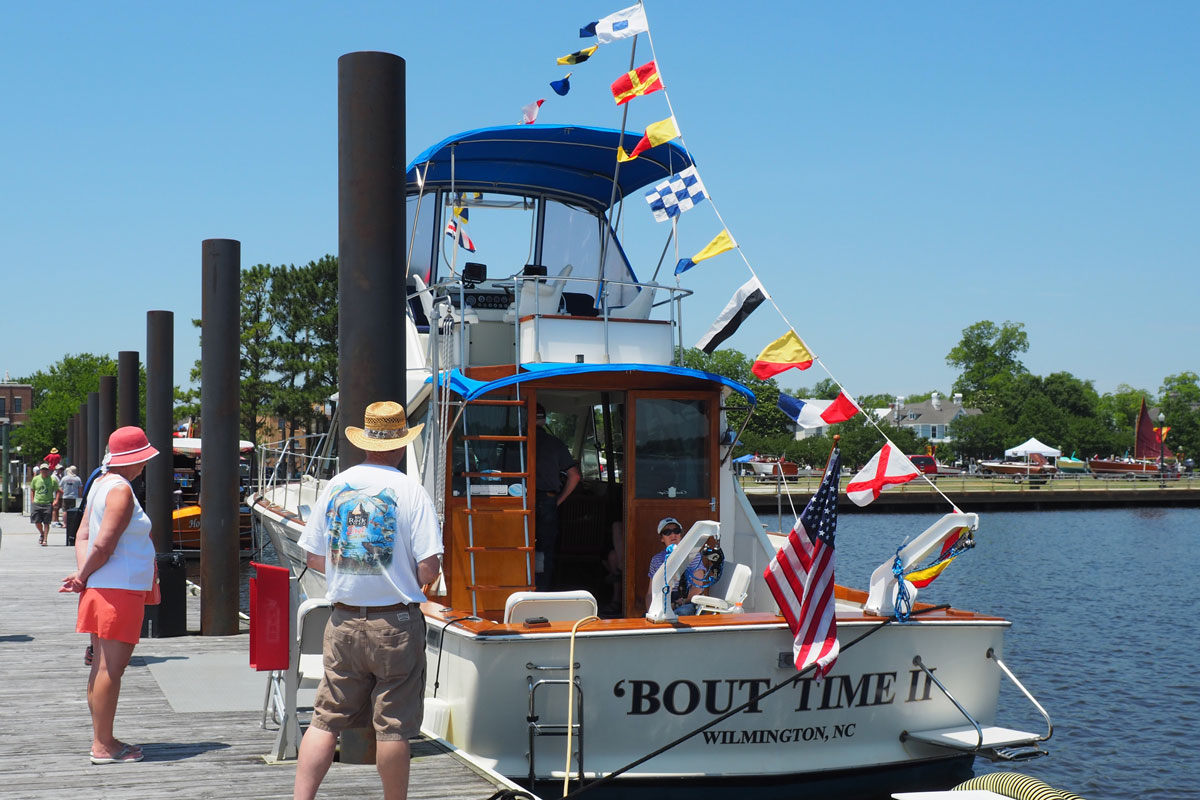 The Raliegh-Durham-Chapel Hill Chapter show was again held in New Bern, NC at the downtown Galley Store Marina on Saturday, May 20, 2017.

Thank you to Judy Hills for sharing this RDC Triangle Chapter report with us.  Photos by Judy Hills & Stephanie Currier

Check-ins and festivities began on Friday with Margaret Moores, wife of Jim Moores, owner of Moores Marine (a restorer of fine yachts in Beaufort, NC), giving a very interesting presentation on the history of the eight Presidential Yachts.  Jim got called to Fort Lauderdale to coordinate the off-loading of the iconic luxury yacht Olympus.  Margaret was an able pinch-hitter.  Everyone who was fortunate enough to hear her presentation remarked how much they had learned.  She talked about the history of the boats before, during and after their service as a presidential yachts. 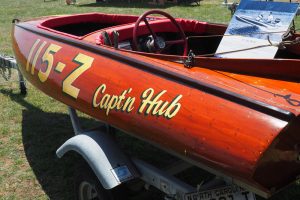 The chapter also helped out local nonprofits.  An animal rescue group had a BBQ plate fundraiser which helped us because we had to eat lunch somewhere.  The USCG Auxiliary was on-hand to distribute information and sign people up for their important boating education courses. 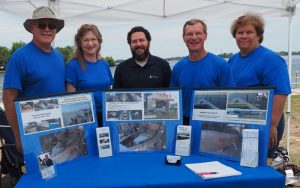 Mission Navigation is a nonprofit Christian ministry that custom builds rugged, safe work boats for third world missions.  This group is based in Morehead City, NC.  We enjoyed meeting the enthusiastic leaders of this group and were intrigued by their work. www.missionnav.com

Owners stayed by their boats in the sweltering heat to talk with the public.  They were troopers! 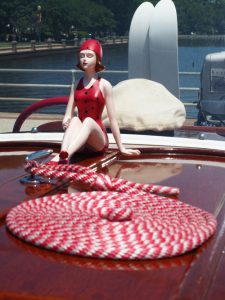 We enjoyed seeing whimsical touches and the lengths that some owners go to make a good display.  These are especially enjoyed by women and children.

The evening had the group gathered at the Eastern Carolina Yacht Club.  This is the second year the club has hosted the awards dinner.  The setting was lovely.  White rockers on the deck overlooking the Trent River were occupied by people rehashing the day and talking about how hot it was.  The only thing missing were the mint juleps. 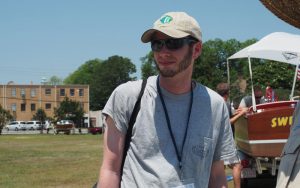 Stephen North, the 2017 Boat Building Scholarship winner from Cape Fear Community College spent the day with us and attended the awards dinner to personally thank the members for his scholarship.

Members of the Eastern Carolina Yacht Club cooked beef tenderloin which was to die for.  Talk about melt in your mouth!  That meat sure did.

After dinner and dessert, a few of us caught the running of the Preakness and then we had the awards.

Of course, there was a long list of people to thank for their help with the show.  We were most grateful to the boat owners who participated because the show would be nothing without these vessels.  To view more photos of the event taken by Stephanie, click on this link: https://stephaniecurrier.smugmug.com/2017/New-Bern-Boat-Show-5-20-17/

Send event reports and pictures by email to [email protected].  Be the next to share what is happening.