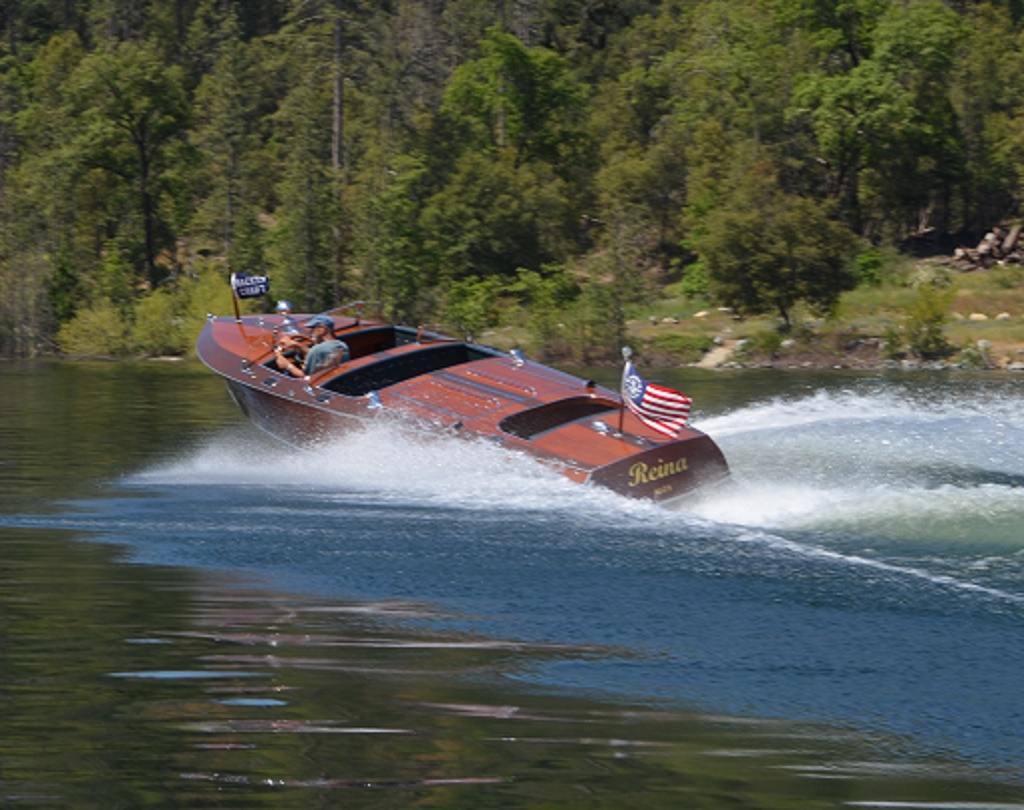 by John Maddox member of the Southern California chapter

This particular boat is interesting in that a 28′ model Hackercraft was not officially offered for 1928.

A raised-coaming, wood vee-windshield Dolphin DeLuxe was offered one-year-only in 1927. For 1928 the Dolphin DeLuxe was stretched to 29′ and had a completely flush deck with a flattened center section (which became a Hacker staple) and a new three piece metal framed windshield (one of the most recognizable windshields of all).

As far as I have been able to determine, along with every other Hacker enthusiast aware of this boat, is that it was a left over 1927 28′ Dolphin Deluxe bare hull that was not decked, rigged, and completed until 1928. It carries original 1928 hull tags, had the Sterling model engine that Hacker began using at the end of 1927, and is identical in every way to the 1928 29′ Dolphin DeLuxe, except for the extra foot of length.

A lot was altered during its 1980s restoration (bridge deck added, wind wings, hatch rails, etc. etc.) but also a lot of really cool original details remain that are often lost. It is a great boat that has been out of the limelight for many years now.”