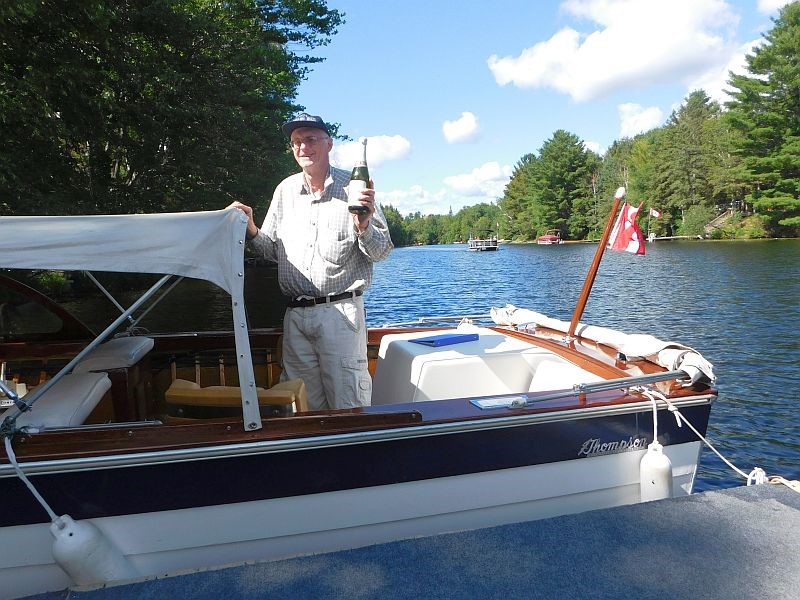 A Message from Port Carling Boats

It is with great sadness that we inform you of the passing of our friend and colleague Robert Attfield.  Rob passed away on January 6, after a courageous fifteen-month battle with stage four glioblastoma.

Rob was editor and writer of all the Port Carling Boats website blogs for 12 years, from 2008 to 2020, when he retired due to his illness.  Rob was known for his kindness, undaunting energy and dedication.  As many of you know, and as evidenced by the many blogs here from the past, Rob worked tirelessly for Port Carling Boats to contribute interesting and fresh editorial content. That involved attending classic boat workshops, ACBS July shows and other boat shows, displaying PCB’s fabulous classic boats.   He often visited boat shops and shows, making videos that we proudly show on the Port Calrling Boats website, http://www.portcarlingboats.com/.

Rob was always upbeat, thoughtful, and attentive to others.  My company used to have staff parties, and I always asked Rob to come up with entertainment / games, which he always gladly prepared; I was never disappointed. That’s what Rob was like: a hard worker with a sense of humour and thoughtfulness that went well beyond most people.

Rob was also a good friend.  Long after he had retired from PCB, he often visited me at the office with food, humour, or just camaraderie. I will never forget that. Even during his final days he visited me at the office, and despite the problems with brain cancer, he was doing a better job of the conversation than me. That’s how kind and thoughtful he was.  Rob was a friend for almost 20 years, and his passing will leave a big hole in my life, as well as some of our readers here at Port Carling Boats.

To view some of his boat tours, click here: https://www.youtube.com/channel/UCEUXj-UmUq8Gy496KxF8iTg