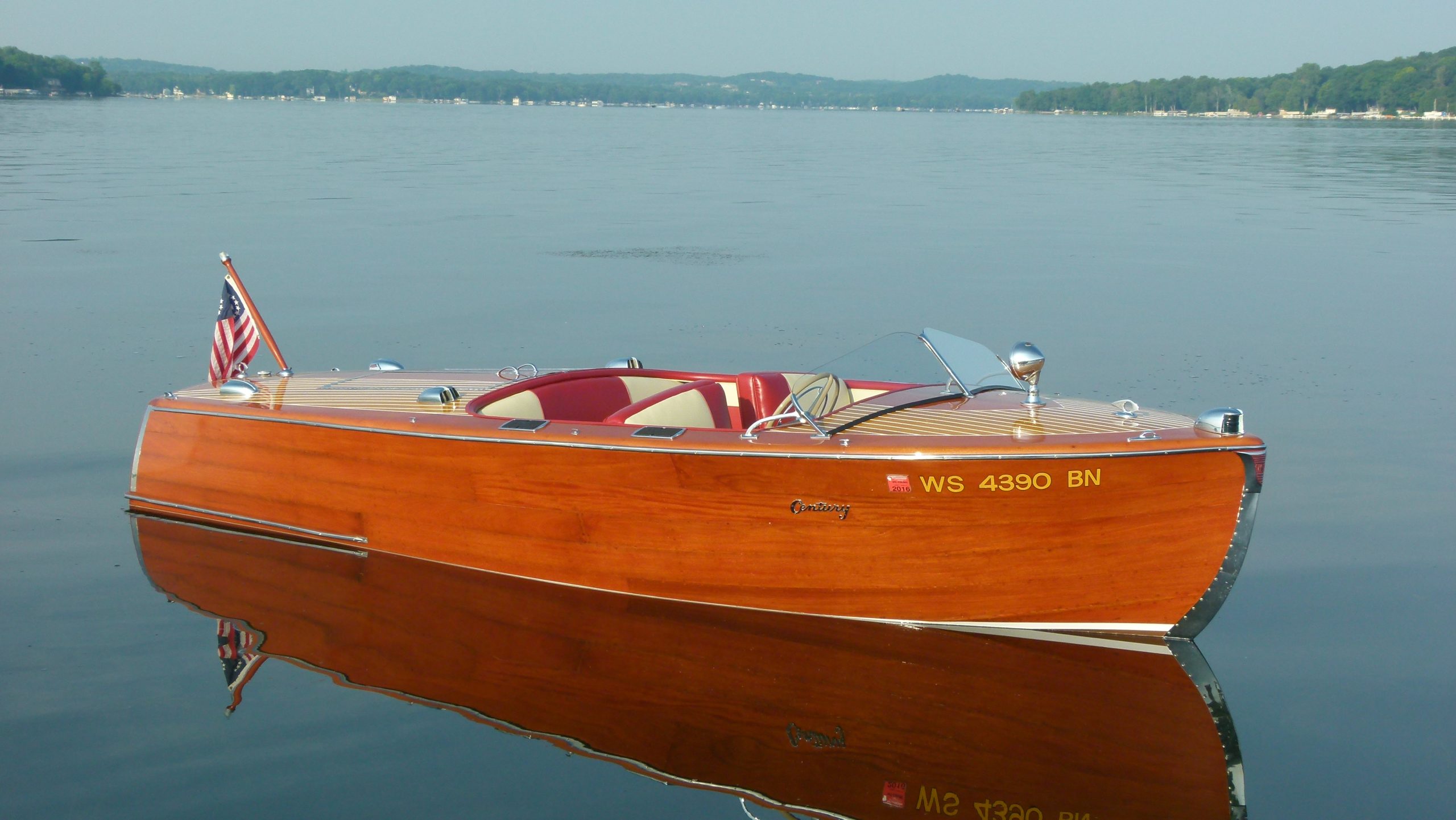 by Brian and Lisa Kramer members of the Glacier Lakes chapter

I noticed the Sea Maid stored in an outdoor boatyard in 1990. In the Spring of 1991 the boat was still sitting in the field. When I approached the owner of the boat he said his family lost interest in the wood boat and they use a fiberglass boat. When it came time to ask if he would sell the boat and for how much,the owner said if he would pay the engine mechanics bill he could have the boat. I talked with the mechanic and he was thrilled he could get the boat out of his field and get paid for the work he performed.

That was 1990. In 1993 the boat was completely restored. In 2011 the engine was rebuilt by Todd Schultz with the help of NVR Engine builders in Butler, WI. The Nordberg engine was known as a special order from the Century factory and meant for owners who wanted a Hercules block engine and not have a Chris-Craft engine in their Century boat. The Nordberg engine was made in Milwaukee, WI and Century boat origins are in Milwaukee as well. Other updates over the years include a new original style interior installed in 2014 as well as a new original style dash made by the Miklos brothers in Pennsylvania.

The boat is mainly used for cruising on Pewaukee Lake, 30 miles west of Milwaukee, WI.