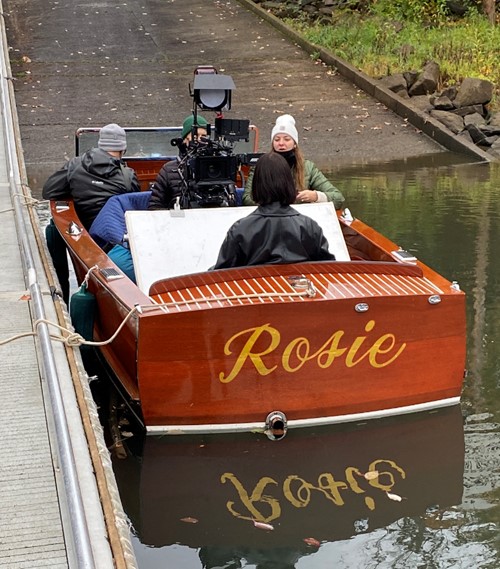 Toward the end of boating season last year, I was perusing the boat section of Craigslist when I came across an ad asking for a wooden boat to be used in the filming of a music video.  As the weather was starting to turn cold and rainy in Portland (Oregon), I was already overdue for my normal winterizing ritual.  What the ad was asking for was going to be a challenge.  The shoot wasn’t scheduled for another month yet (early November) which was sure to be even worse for weather and water conditions.  I responded anyway. 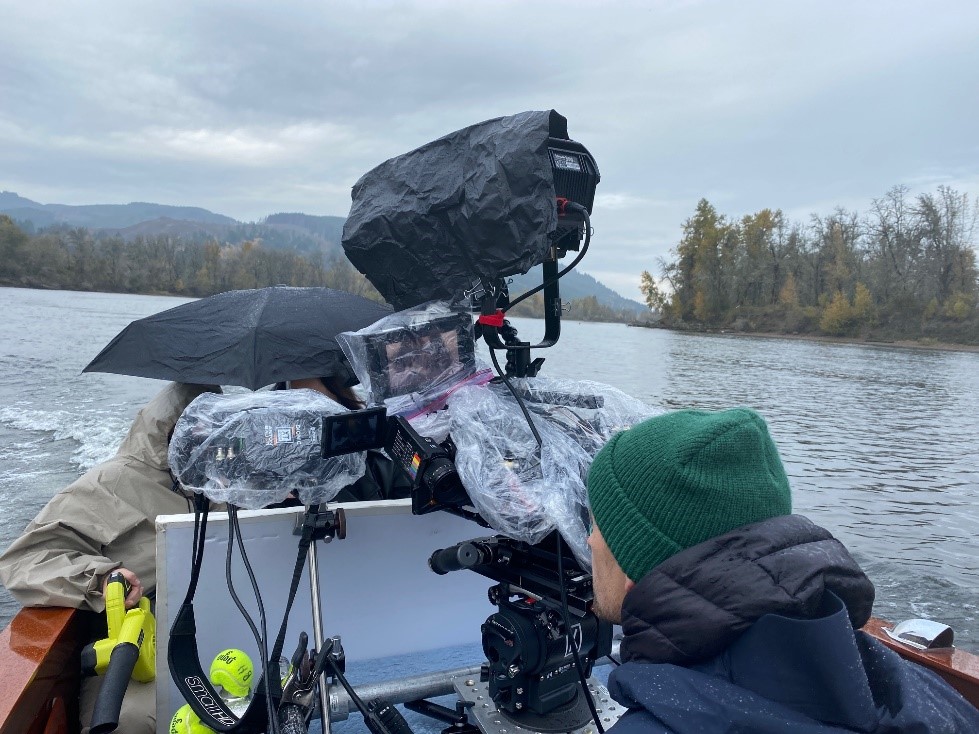 Filming in November weather had its challenges.

After a few discussions with the producer, we were able to move the shoot from salt water, over two hours away, to some protected fresh water closer to home.  We discussed the challenges of filming on a small antique boat (17ft pre-war 1939 Chris Craft Utility), especially this late in the season.  After a few phone calls, we decided to cautiously proceed and keep our fingers crossed for good weather.

When the day came, we lucked out with a pretty amazing Fall day (at least for most of it).  It was really the last one before doing such a thing would have been impossible to pull off. 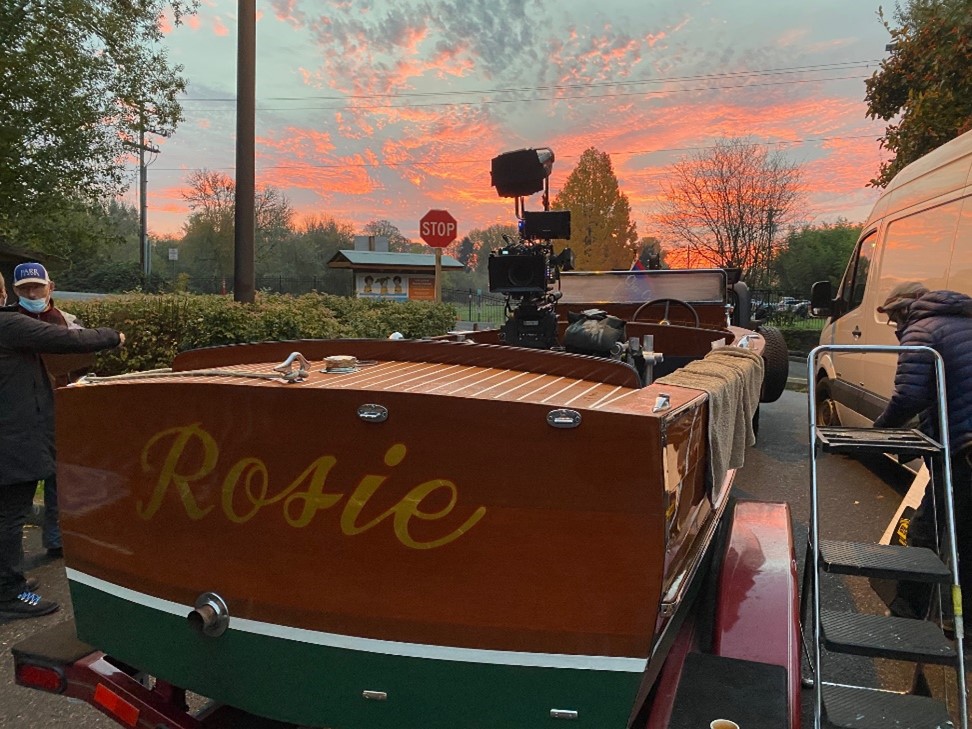 Rigging the camera on “Rosie” at sunrise.

My day started at 4:30am to get the boat down to the shooting location where riggers would install the $100,000 camera on the boat before sunrise.  The rest of the team (over a dozen people) would arrive later from as far away as Australia, Los Angeles, and Montana to converge on the dock.  With days being shorter, we only had so much sunlight to work with and they wanted to maximize their use of it.  It was going to be a busy day!

A large team was involved to make this happen.

I was struck with the professionalism and respect that every single person had for each other and for the boat.  They obtained special insurance, were very careful to protect the varnish, and always asked permission for whatever they were doing on the boat.

The whole concept was that the artist wanted the impression of boating into a storm and coming through to better skies on the other side.  It turns out the large wake and billowing steam from the model B exhaust were the perfect backdrop for what they were looking for.

Although the day was cold and overcast, the rain held off until the last couple of hours.  The lightning storm you see in the video was added in with CGI later.  I’m glad I didn’t have to boat in those conditions! 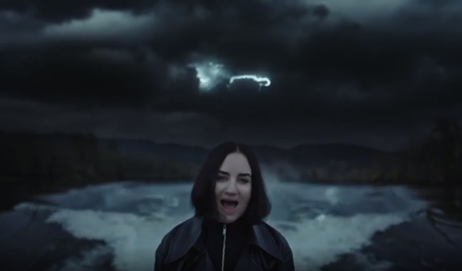 I don’t recommend boating during a lightning storm.  But here are some tips on surviving one:https://www.boatingmag.com/surviving-lightning-strikes-while-boating-0/

Most of the day was spent with take after take of the artist lip syncing her song as I cruised up and down the river with little tweaks and camera lens changes along the way.  My job as captain was to control the attitude of the boat so the horizon proportions were correct, control the wind in her hair with my speed (although a leaf blower was somewhat comically employed for some shots), and control the direction we were going for the best backdrop.  I did all of this while avoiding debris in the swollen river! 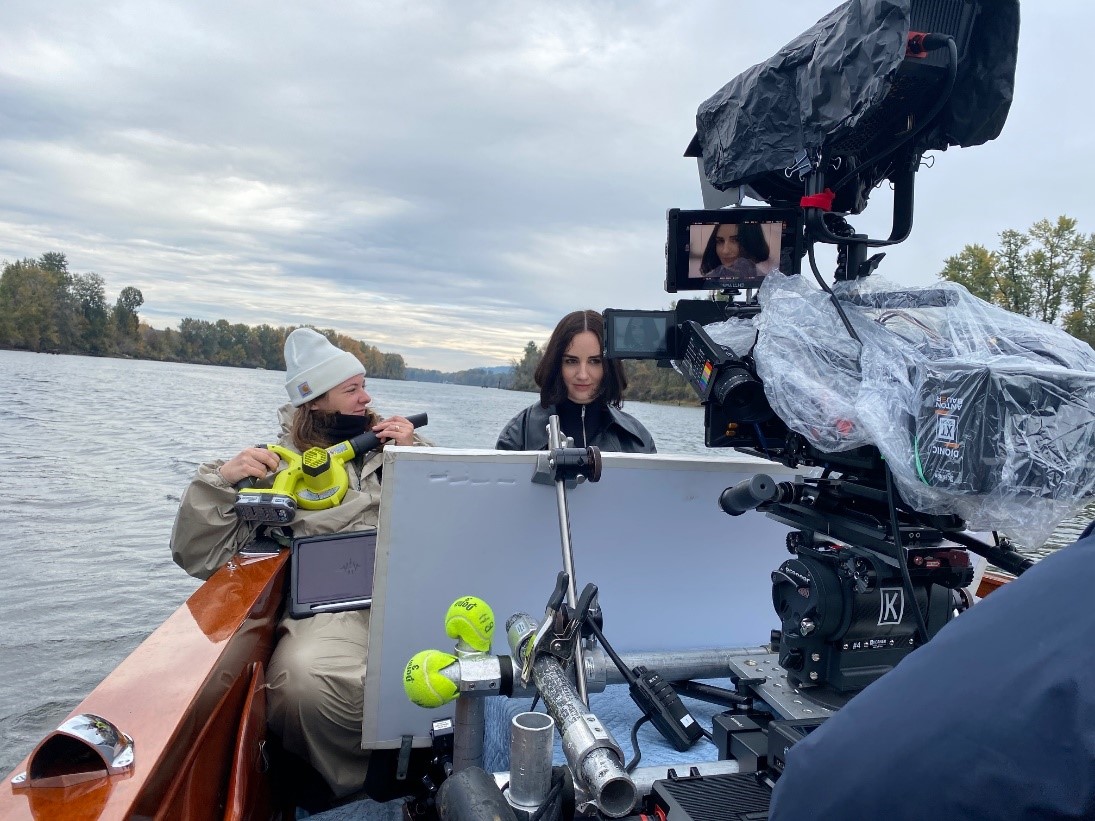 A battery operated leaf blower was employed when Rosie’s 60hp Model B didn’t create enough wind in her hair.

Toward the end of the day, it was time to remove the fancy camera and gear from the boat and get the drone shots that are prominently featured in the video.  Unfortunately, rain had started in earnest by then and it grounded the drone several times.  Sometimes they stopped due to too much rain for the rotors to safely handle but also because occasionally a raindrop would hit the camera lens and they’d have to land to wipe it off to get clear shots.  After 10 hours, completely soaked, and without an umbrella for captain or artist, we just sat idling in the river in the rain waiting for the drone to be able to fly again.  In the end, we had one clear window of just a few moments with the sun setting through the clouds which made for the perfect conditions for the director to capture the boat with the drone. 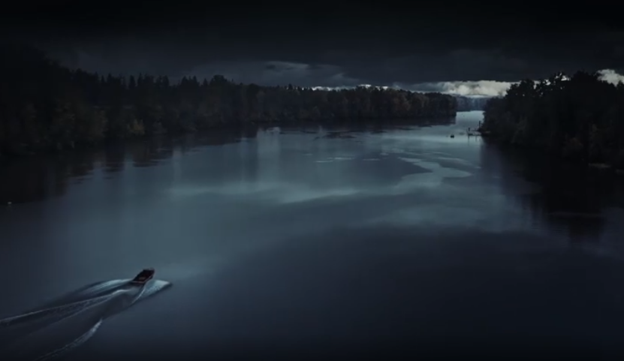 Although I had to have wardrobe approve what I was wearing at the helm, none of it is visible on camera in the finished product.  My left hand is pictured from 0:58 to 1:01 (so I’m a little famous now). 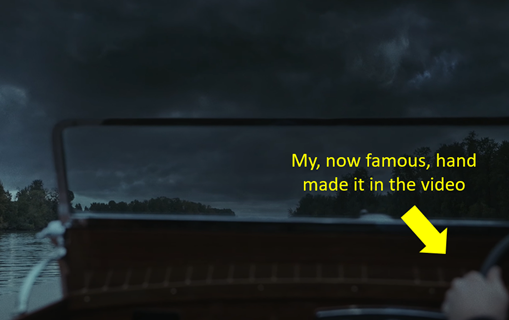 The artist, Meg Mac, also allowed me to snap this selfie while we were waiting for the rain to clear for the final drone shot. 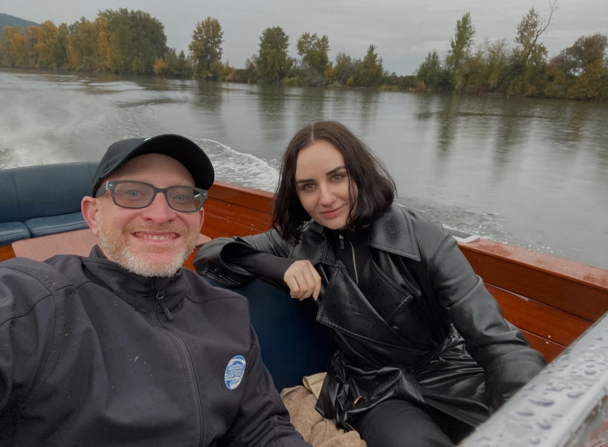 A captain’s selfie with the artist after a long day of filming.

Overall this was an amazing experience to work with some really terrific artists in their craft.  I wouldn’t hesitate to do this sort of thing again in the future.  I hope you enjoy the finished product! 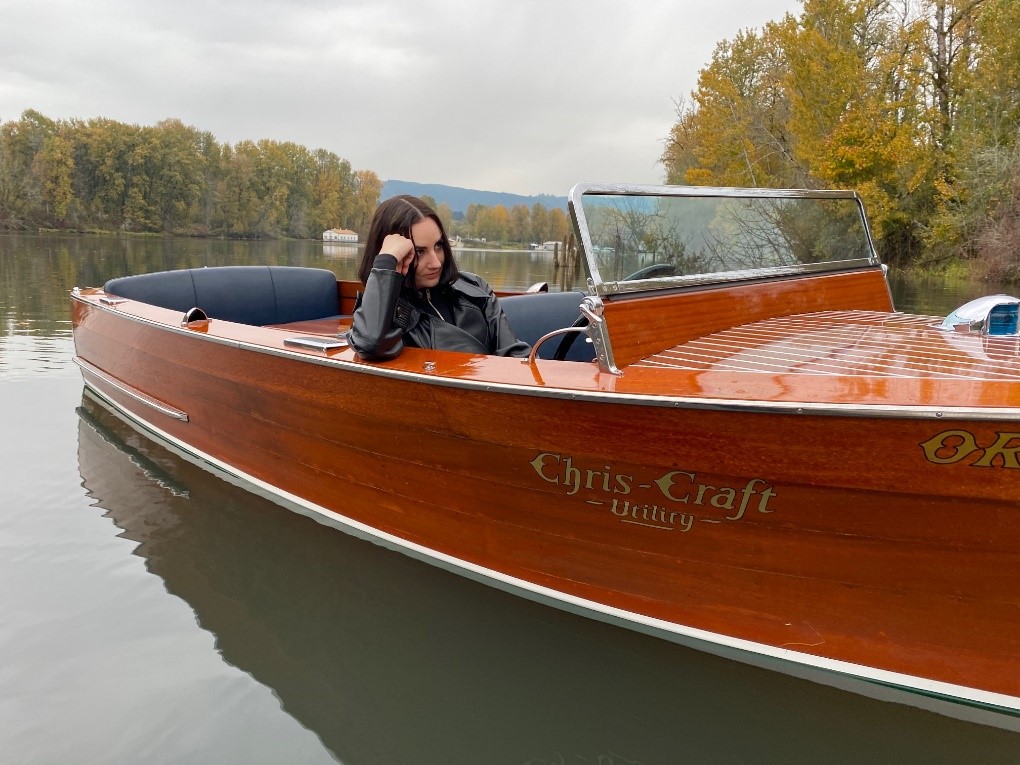