Scuttlebutt from the Annual Meeting 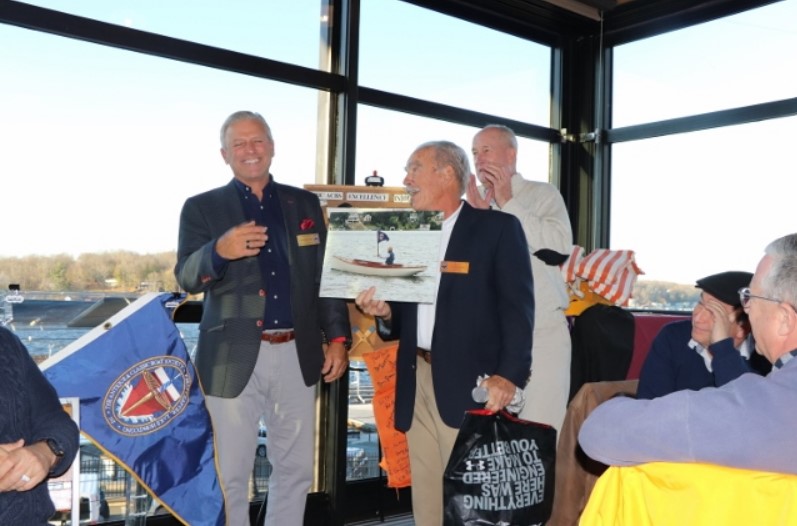 From the Lake Hopatcong Chapter

What a wonderful time we had as over fifty of us gathered at Alice’s restaurant. After dining on a delicious buffet lunch, our President, Jackie Loughridge, called the Annual Meeting to order. After the normal business like approving the minutes, listening to the various committee reports, discussing plans for next year, and appointing the new directors, President Jackie moved into the fun portion of the meeting with the presentation of the awards, including the Excellence in Boating Award. 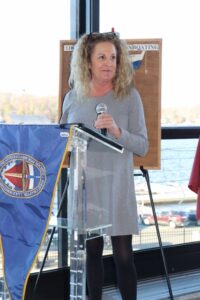 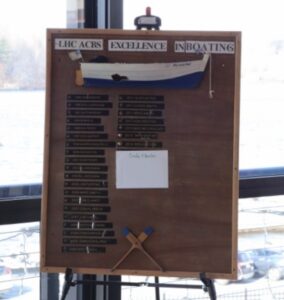 Preceding the presentation, longtime Chairman of the Excellence in Boating Award, Bob Rice, officially passed that title and responsibility to exquisitely qualified Kenny Heaton. It is meaningful for our new members to know the origins of the Excellence in Boating Award. It began many years ago as an award to spoof someone who had a boating mishap often involving someone winding up in the water unexpectedly. In some years we may not have a potential honoree, but when we do, we go to great lengths to keep it a secret.  This year we had two honorees, both of whom were totally surprised. 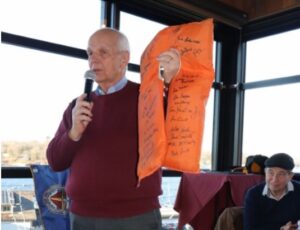 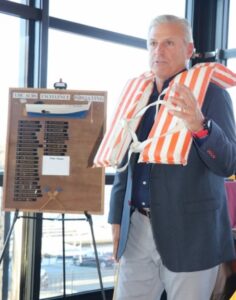 Firstly, Mac McCaulley, a former winner, was called up to be so honored, again. While recalcitrant about coming forward, Mac was honored for breaking down while cruising and pulling into a dock of a non-welcoming homeowner (She wanted Mac to leave and threatened to call the Police!). It resolved favorably with a “Road Call” that enabled Mac to limp to the marina on five cylinders, and Kenny’s prowess as a spoofer was in full view as he donned Mac with the elaborate garb of a winner. 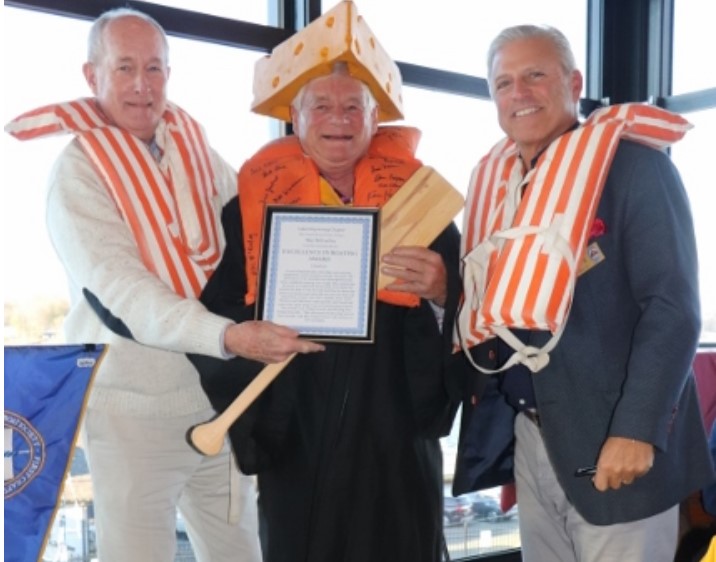 Our other winner was Kenny Heaton, also a former honoree, for his foibles of leaving the boat show dock in his electric launch, “Chugger”. Facing the high winds noted earlier, Kenny made repeated attempts, all failing owing to what was later discovered to be a line wrapping around the prop. In the process of presenting this award, we discovered that we have a stand-up comic in our midst. Ray Reynolds presented a step-by-step chronicle of Kenny’s repeated attempts that had all of us laughing and in awe of his ability to entertain. 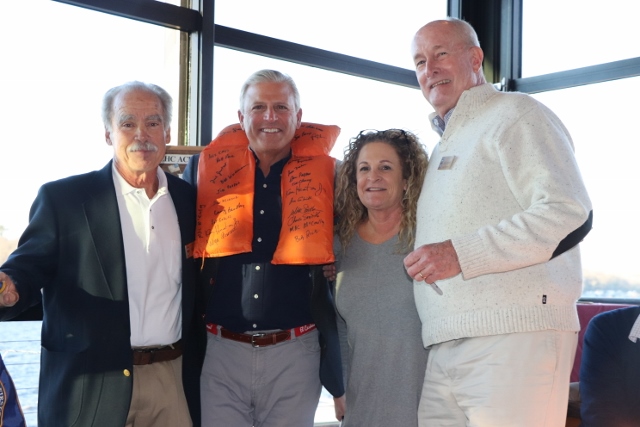 A concluding observation is that the Annual Meeting was, again this year, a wonderful opportunity to enjoy the company of friends old and new. We can look forward to a fun-filled 2023, and all of our members are encouraged to volunteer in some capacity. You will find it to be fun and a great way to get to know your fellow members better.