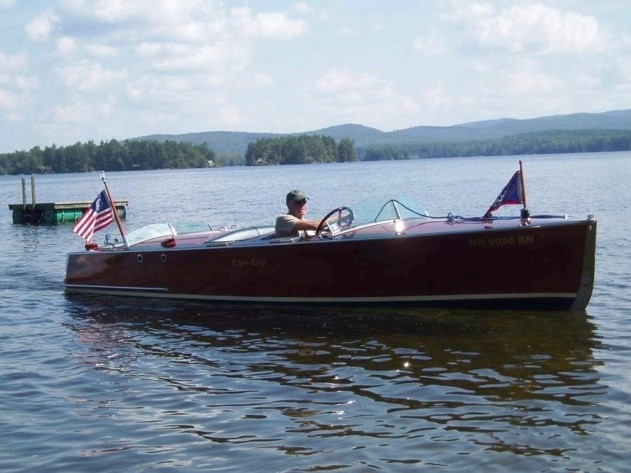 I have been the caretaker for Sea-Quel since 2000. I know the Cadet was originally shipped to Herman Marine in Greenfield Maine on Moosehead Lake.  Early pictures show the traditional Cadet design was altered with a wooden frame windshield and repowered by a slant six Chrysler engine.  As years passed, the boat was more and more neglected and destined for the bone yard. The frames had numerous “sisters upon sisters” and many of the original parts were missing.

I first became aware of the boat in 1991 when my neighbor purchased it as a restoration project.  Interest in the project dwindled after being partially disassembled.  The boat stayed upside down on a cradle for nine years. Due to failing health the owner realized the project was more then he wanted and gave the boat to me in 2000. 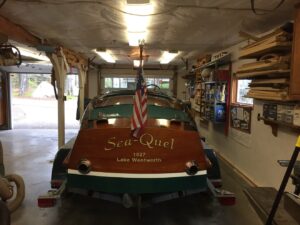 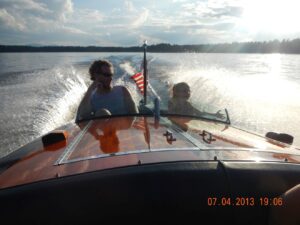 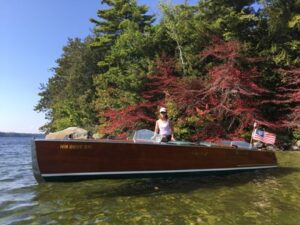 It remained upside down for the next four years. I had previously restored a 16′ Riviera, a 19′ Capri and was working on a 19′ Racing Runabout.  In 2004 I started the “rebuild” thinking I would create a Gentlemen’s Race Boat from the bare hull. Most of the inner frames needed replacement as well as the keel and transom. A 3M 5200 bottom was installed after many hours of structural preparation and rebuild. 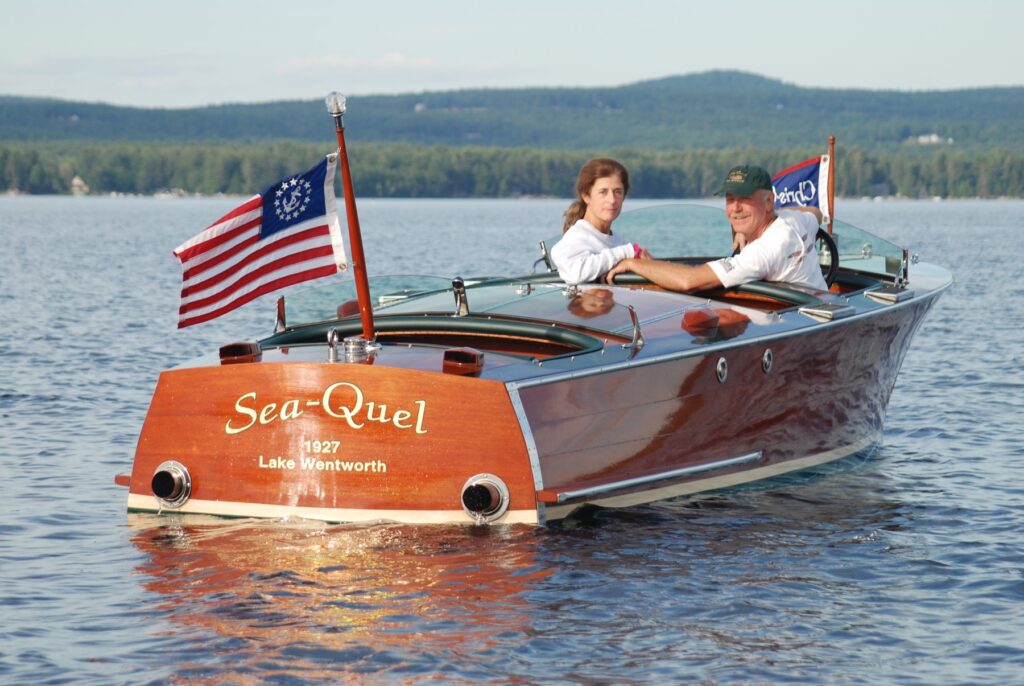 Not wanting to “restore” the boat to its original Cadet design, I chose to make the boat into a flush deck triple instead of a race boat. The layout for the decks, cockpits, and engine compartment was influenced by a painting Peter Furber had done of a Hacker Craft.  The deck was lengthened and assembled by epoxying book matched mahogany planks to a marine plywood base layer. In order to insure a permanent even bond the entire deck was secured by vacuum bagging. This process created a deck without fasteners that was smooth and stable without live seams. 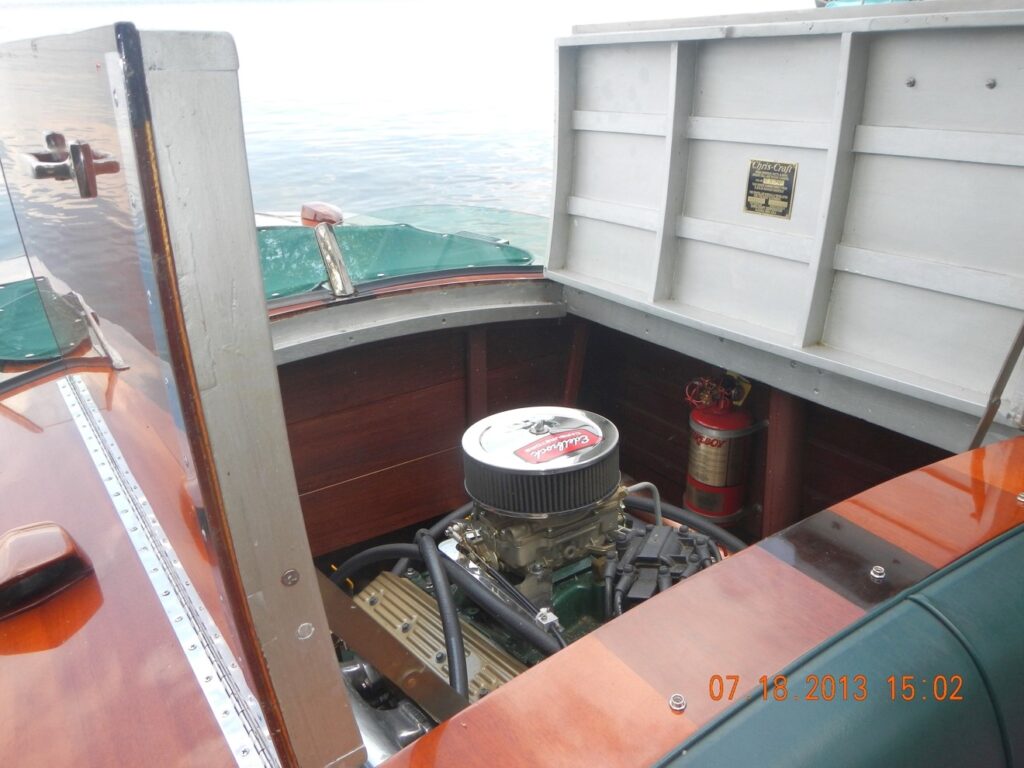 I acquired all the engine mounts and running gear for the new 350 Chevy crate engine that would power the boat from an old CC Cavalier ski boat.  The engine was modified with Vortex heads and Glenwood manifolds that gave me the look and performance I wanted. I used a full size plastic engine mock-up to determine the engine placement on the new stringers. 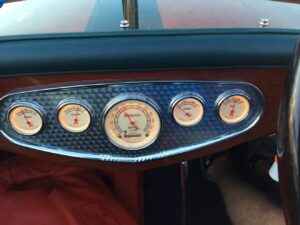 Much of the chrome hardware was purchased on Ebay.  I designed the large deck vents from mahogany blocks. The wooden steering wheel came with the boat from the previous owner. The upholstery and cockpit covers were custom made by Rollins Upholstery in Wolfeboro, NH.

The project took four years of part time work to complete and was launched in 2008. Sea-Quel was chosen as its name to represent the second life this boat was given.  The boat has always lived on a boatlift and covered from the sun when not out and about on Lake Wentworth in Wolfeboro, NH.  The boat performs well and will reach speeds of 50MPH but loves to cruise at 26-28 MPH on quiet sunset evenings. 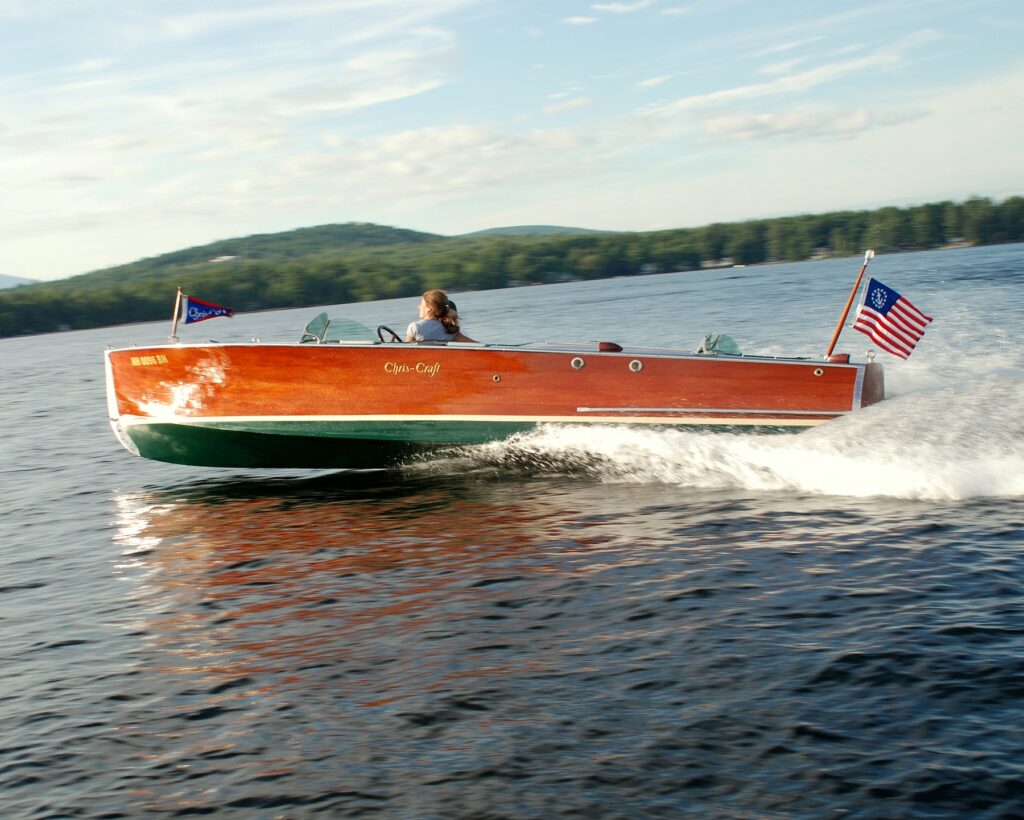