“Sereia” – A Piece of History 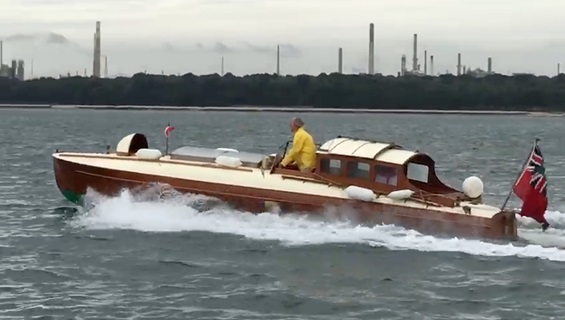 As a 14-year-old English schoolboy I was fascinated by all things Royal Navy and when I discovered that the Thornycroft company had built a series of 40ft & 50ft torpedo boats known as CMB’s, I thought one would make an interesting model. John Thornycroft were pioneers in stepped hull record-breakers with their later boats racing in the States against Miss America V and others. The Thornycroft company let me borrow a set of GA plans from the archives and the result was a working model that survives to this day, if a little battered. Fast forward 55 years and looking for a new project, I saw an advertisement for “Sereia”, one of six 33 knot, 30-foot Hydroplanes produced by Thornycroft in the late 1920s as civil versions of the Royal Navy’s CMBs. 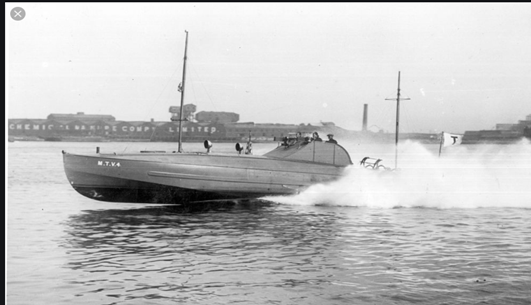 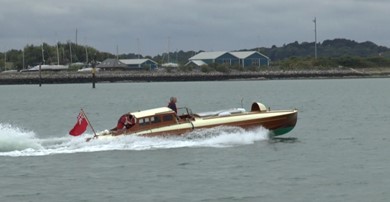 “Sereia” is unique as the only working example of the six, complete with her original engine and all of her owner’s records. The only other one is a static exhibit in the King of Thailand’s museum in Bangkok. I am only the fourth owner and with nearly 100 years of continuous history on record there are many tales to tell. Delivered in 1928 to a Mr. Cyril Gleeson at Tinarana on the River Shannon, Ireland, and originally christened “Sunbeam II”, “Sereia” was regularly used by the him right through to the late 1960’s. Mr. Gleeson and his boat appear to have had quite an impact on the river with one elderly lock keeper quoted as thinking ”it was the devil himself coming up the river” when he heard her approach.

Cyril Gleeson on the Shannon 1930’s 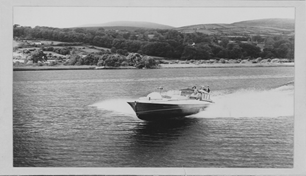 The owner’s log records one trip from Tinarana to St Davies – 224 miles in 7 hours at an average of 31 knots, using 30 gallons of petrol. With her 7-litre 6 cylinder petrol engine on open water cooled exhausts, she still makes an impact!  After a major restoration in 1994 (20,000 copper nails and 1000 hours of varnishing) by her then Italian owner and his team of Brit’s, “Sereia” gained concours successes all across Europe but later fell into disuse until that advertisement in 2010. 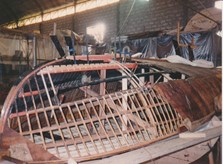 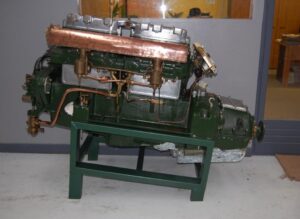 Old boats and cars are full of surprises but to me it was the challenge of bringing this piece of history back to life. The first thing I discovered was that the starter gear (Bendix) was missing. Little did I realize that this and the story behind it would lead to a 2-year engine rebuild. Finally, in August 2013, “Sereia” was relaunched near Southampton and the joy of having her out up on the plane with the noise and the spray plus a prize at the Henley Boat Festival, was an appropriate tribute to the engineers and others who have helped me.

Getting Wet on the Solent 2019

This year is probably a lost season so we must look to next year – maybe the Royal Cork Yacht Club Cork 300 Celebrations or maybe one of the ACBS Boat Shows around Clayton, 1000 Islands?? 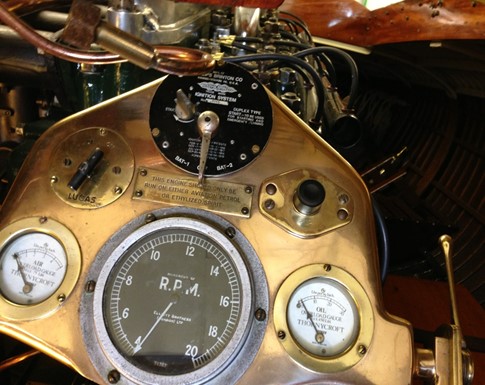