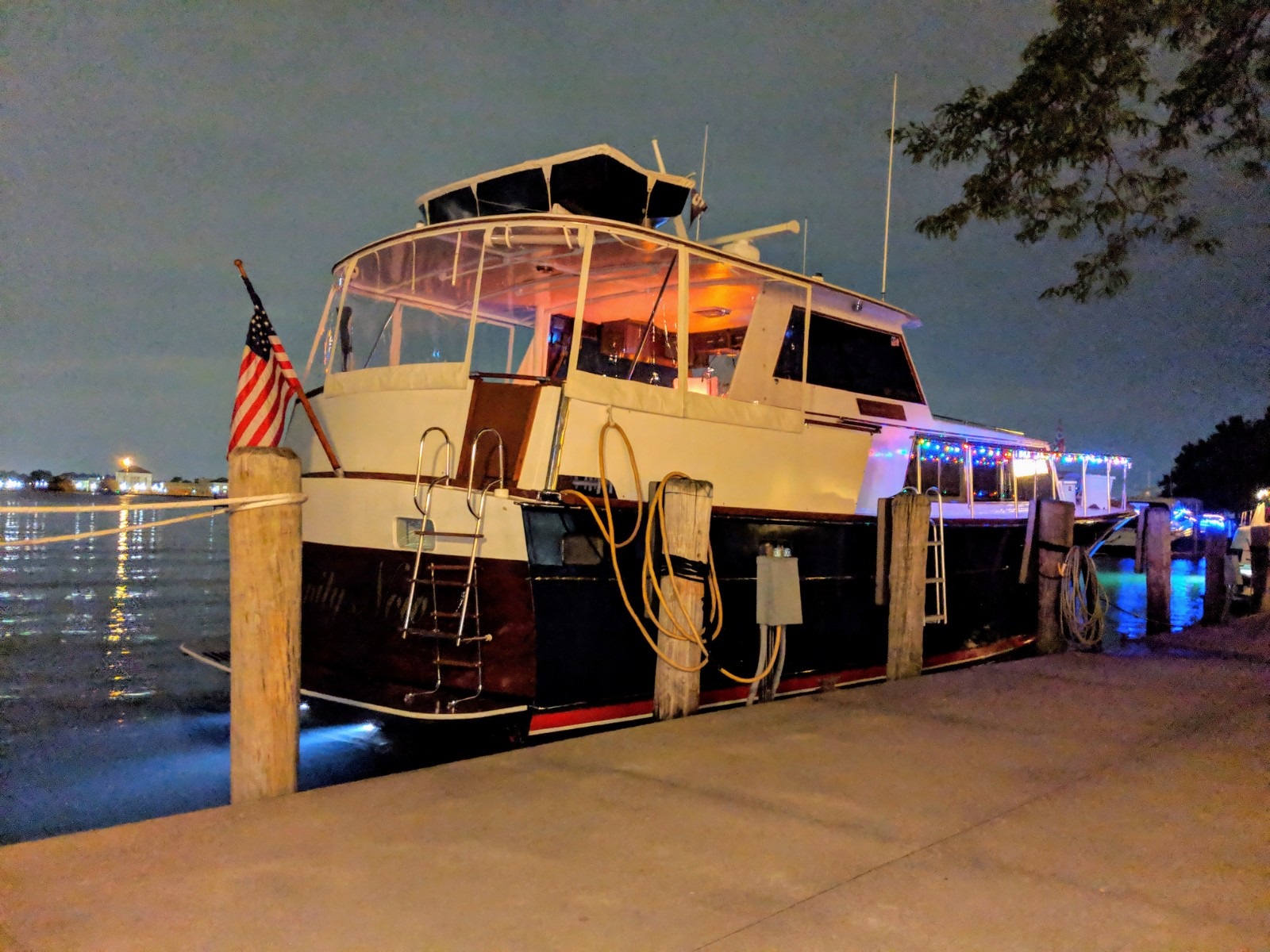 I’m pleased to share with you a bit of history about our 1973 47’ flush-deck Cabin Cruiser that was built by Stephens Brothers Marine in Stockton California (HIN #541923). She is a mahogany plank over white oak ribbed v-type hull that contains three staterooms, five bunks, two heads and is powered by two General Motors 6-71’s with approximately 2,000 hours on them.

Based on the records that we have, she was custom built for an executive with Standard Oil and based in Fort Lauderdale as well as other ports along the East Coast between 1973 and 1993, at which point my family purchased the vessel while she was moored in the Chesapeake Bay. Given that we reside in the State of Michigan, our next step was to bring her home from the Chesapeake Bay to the Great Lakes, specifically on Lake Huron in Bay City, Michigan. During the summer of 1993, my father, brother and I embarked on an eight week voyage that took us out into the Atlantic Ocean, up the East Coast and into the St. Lawrence Seaway in order to get to the Great Lakes. Some of our most memorable moments include passing by the Statue of Liberty and navigating her through the 34 locks that make up the St. Lawrence. During her time being moored in Bay City Michigan between 1993 and 2017, we took many trips that included East Tawas, Mackinac Island, Tobermory, Canada as well as the Georgian Bay and Northern Channel passageways.

My parents have since retired to Florida and I now continue on as the second generation caretaker within our family. During the Spring of 2017 I decided to begin mooring her at the Detroit Yacht Club (DYC) where my wife and our three young sons have made many new memories. At the DYC, we have entered the Annual Father’s Day Classic Boat Show twice: we were awarded the Commodore’s Award in 2017 and the Rear Commodore’s Award in 2019.

During our twenty-seven year ownership, there is not much other than the wood itself (which is still in great shape by the way) that has not been replaced or restored if not once and in most cases: multiple times! More recent restoration projects include a keel to mast refinishing of all paint, bright-work and chrome, replacement of windows and tracks, eisenglass, interior paint, soft goods, Raytheon electronics package to include digitization of engine monitoring and gauges, underwater transom lights as well as a host of other mechanical and cosmetic upgrades that would be too much to list. Owning her has been a wholehearted and fulfilling joy – she is a showstopper and invariable conversation starter.