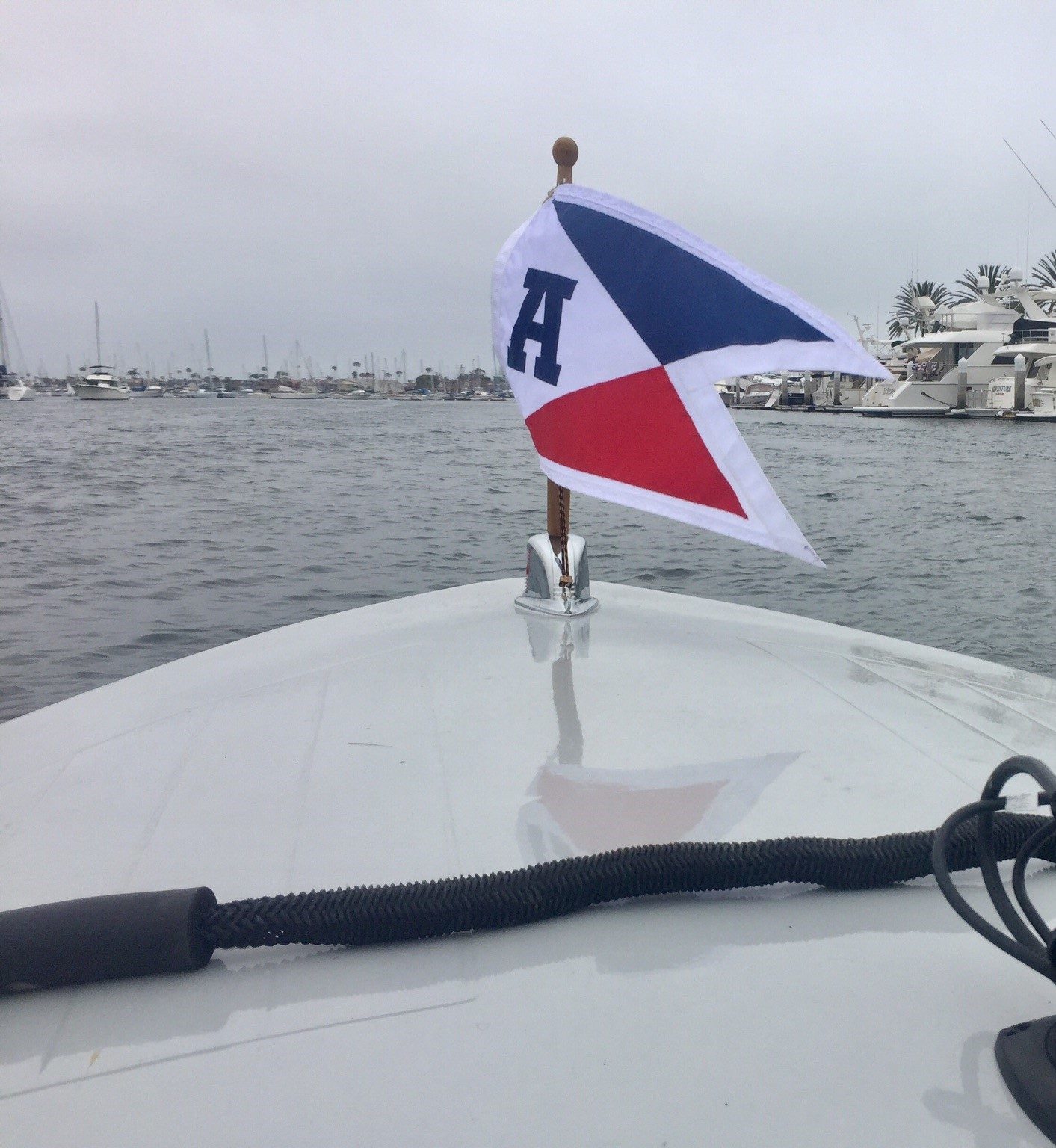 By Darryl Zengler member of the Southern California Chapter

I grew up in a bay house in Long Beach, CA. We had a dock in our front yard that moored my father’s sailboat. Years later as an adult living in Pasadena, CA, I yearned to boat and I was thinking about purchasing a small runabout; one that I can trailer down to Long Beach or Newport Beach or even Big Bear Lake. I hadn’t shared my desire to purchase a boat with my family when my then 15-year-old daughter surprisingly texted me, “Dad, I think we should get a boat.” After that, it was on.

I searched Craigslist and came upon a 1971 Chrysler Cadet (13’7”). I had no idea Chrysler manufactured boats. In 1965 they started building boats that ranged from 13-feet to 23-feet. Capitalizing on their automotive success, Chrysler shared some its car names with their boats: Barracuda, Fury, Charger, and Dart.

In 2015, I purchased the Cadet. It was a retro-mod, with heavy emphasis on mod. The previous owner had given it a top-notch paint job. The hull was black and the deck and cockpit was gull gray. A shark face decal was the crème sur le dessus.

The Cadet was missing its windscreen. It had two seats and no Bimini top. It came with an unreliable Tohatsu 40hp, whose fuel delivery system always had something wrong with it.

When I took possession of it, I replaced its two seats with a set of jumper seats that accommodates four people (the original Cadet had jumper seats from the factory). I installed a must-have Bimini top, and I re-powered it with a brand-new Yamaha F40 fuel-injected motor. I also upgraded its fuel tank, battery, steering wheel.

Even though I swapped out a 40hp motor with another 40hp motor, one issues arose. The Yamaha F40 is a heavier, long-shaft motor. To accommodate its installation, I had to raise the transom. The weight from the raised transom and the new motor caused the boat to be back heavy. Its stern is closer to the water than I’d prefer and the bow sits up. I haven’t had any issues with swamping, yet.

Even with a heavier stern, these upgrades have extended the life of a 48-year-old boat for years to come. The Cadet is now hotrod with the Yamaha F40. It’s a blast to drive. Miles of smiles.