She Has Quite A History 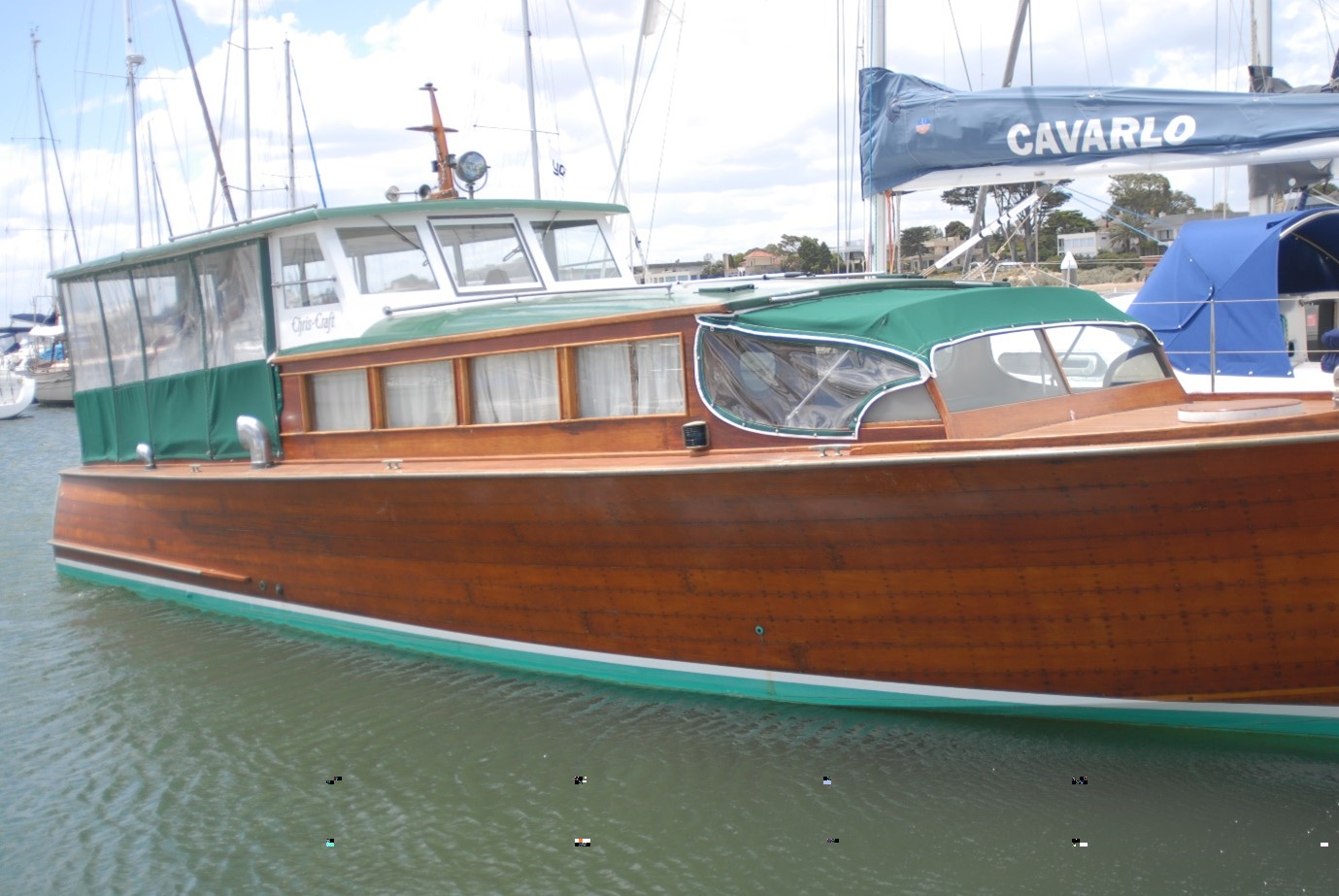 by Andrew Barnett of Austrailia member of ACBS

This Commuter was in the hands of Mr. Bennett until [Reputed] he was mowing his lawn with a newly invented lawn mower. This threw a stone into his leg and it became gangrene. The boat went through several hands including the defense force during the war. It was used as a U-boat spotter because of its speed and maneuverability. Surprisingly it was not modified or altered for this purpose. It then went to an owner in the fifties, who went fishing in it. On returning from his refreshed catch he frequently ran on the shallow mud banks thus bending his propeller. To avoid constant repair he attached a sked from amidships to the stern under the propeller which is still there today.

I bought the boat after standing in a start boat of a regatta for juniors I had organized between two yacht clubs. One of the guys said that only two percent of Melbourne people spend time on the water. As my business was at the time being threatened I thought a fast, admirable boat would take people down to the heads of the bay and restaurants. I searched for almost a year until I found this Commuter advertised in American “Yacht Trader”. I flew out to America and found it in good condition. It was shipped out to Australia and has serviced me very well for the past twenty years.