She Served Us Well 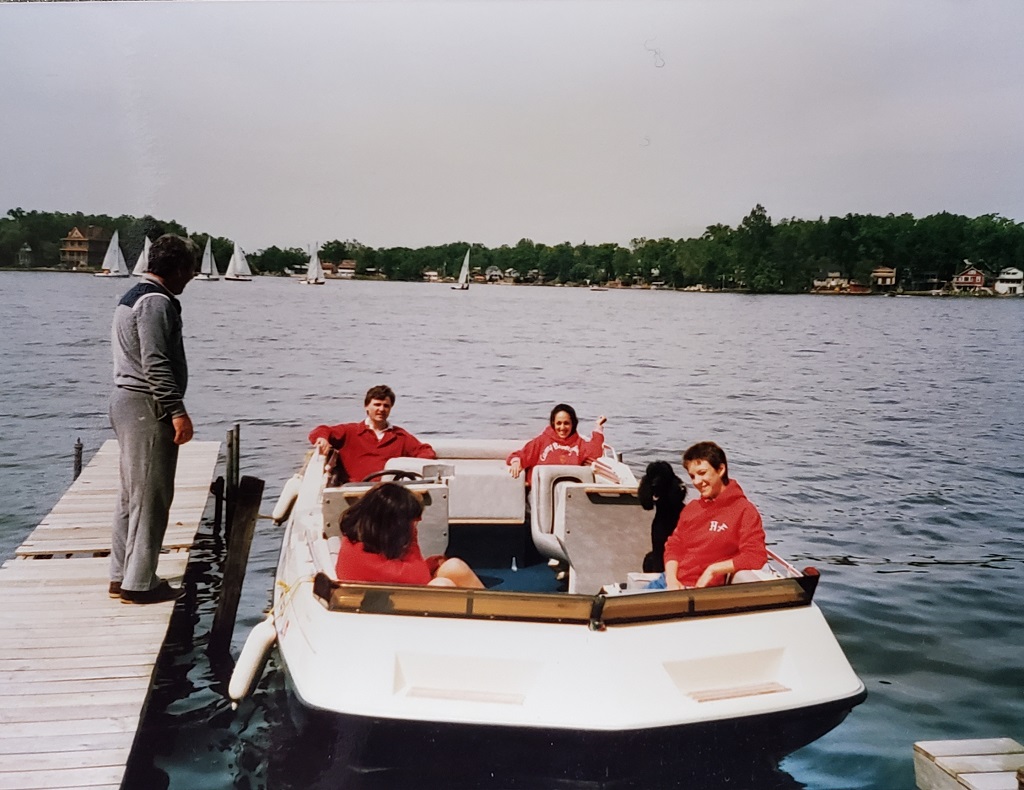 by Carol Melius member of ACBS

I was raised on the shores of Lake Orion in South East Michigan. In 1981 we purchased a home only 9 houses from the home that I was raised in. As riparian’s know, if you live on a lake, you must have a boat. My first boat at our new home was a real clunker, but it served for a year. We wanted a boat that could meet multiple functions: skiing, putting around, able to carry a large crew, and be good looking to boot. We decided the answer was a Deck Boat. We went to the local 4 Winns dealer and they had a Candia 19 that they said had been shown by 4 Winns at the Miami boat show that winter.

It was powered by a Mercruiser 488 so there was plenty of power to ski. It was certified for 13 occupants, had a portable table, and 2 beverage storage compartments.  What else could one ask for! This great boat sat on it’s hoist in front of our home and served us just as we desired.

The 488 engine has a closed cooling system so it could be kept on it’s hoist until late fall, which turned out to be an asset in that my daughter, the skier, liked to ski on her birthday which is November 16. Sometimes the weather is good, but it could also be, well, Michigan in November. The power of the engine and the hull design were such that it pulled our daughter out of deep water on a slalom ski with eleven people on board. The boat served us well for 36 years, and all we did other than regular maintenance, was new vinyl upholstery and 2 raw water pump impellers.

In 2019, we decided to sell the Deck Boat. The new owners, Gary and Laura Schmitt, saw the sales listing and decided to buy this venerable old boat. They drove 1500 miles from New Brunswick Canada to pick it up and tow it back. They bought it without a sea trial and put her in the cool Canadian waters and reported she ran great, until they ran out of fuel!