She’s Not A Boat Show Winner, But To Me She’s So Much More 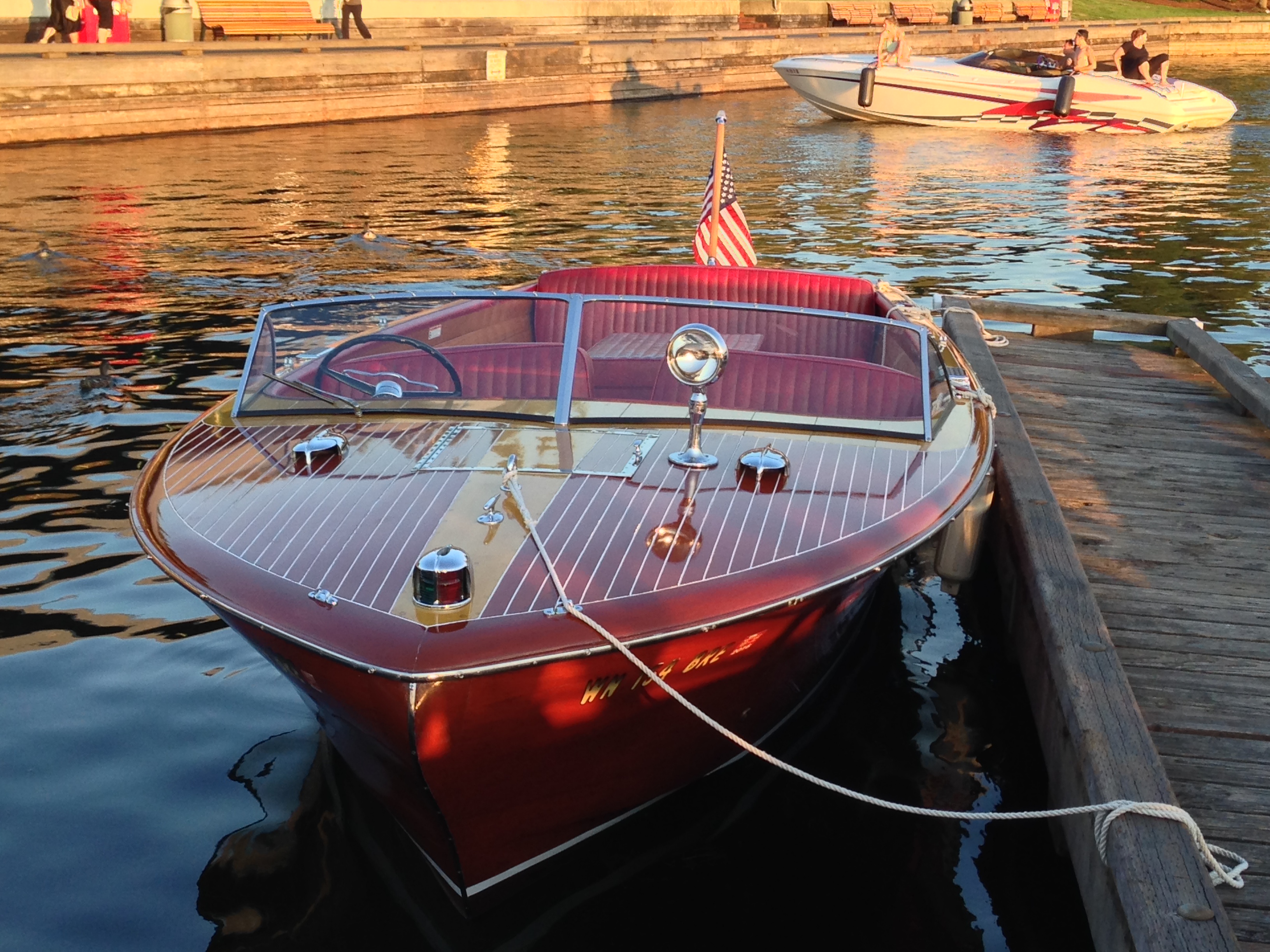 By David B. Weiseth member of the Pacific Northwest chapter

Perhaps most of us see in present day activities hints of those interests in early childhood. I often gaze upon our Chris Craft as it sits alongside a dock and think back to the days of a youngster playing in the bathtub with a wooden toy speedboat given by his father. There was something about that boat, with its glowing red and green bow light sitting inside the boathouse I’d made, that came to life some 50 years later when an ad was posted for a 23’ Chris Craft Continental. With childhood enthusiasm not entirely shared by my wife – who’d never had a model boat in her bathtub – I drove to Southern California and brought the craft home to Seattle.

The counsel and sometimes direct assistance of friends in the N.W. chapter of the ACBS was invaluable during the 8-year process of bringing this supposedly “restored” craft to a water-worthy condition. With the exception of a professionally rebuilt transom, all of the engine, electrical, and wood work was done at the amateur level by myself. The joy, pride, and pure enjoyment of working on her surpassed my hopes. She’s not a boat-show winner, but I doubt many of those winners bring their owners the deep felt delight this project, born some 50 years earlier, has provided me.

My wife Chris stated that she didn’t want a boat named after her, but she listened to my logic (assisted by a good cigar one evening) and accepted my suggestion of a name with a double meaning. I reasoned that a 23 foot Continental is not exactly a “speed boat” but more of a cruising craft. And, as the occasional mission for the boat would be that of taking my wife out for lunch or dinner, I’d be engaged in “cruising” my wife Chris. “Cruzin Chris” came to be applied in gold leaf by the artist who did detail painting on the many “Unlimited” Miss Budweiser craft of the Bernie Little era.

I have enjoyed the many years of heading out to the water to “show off my two Chris’s” – not as an expression of pride or accomplishment, but in recognition of fulfilled dreams given me.