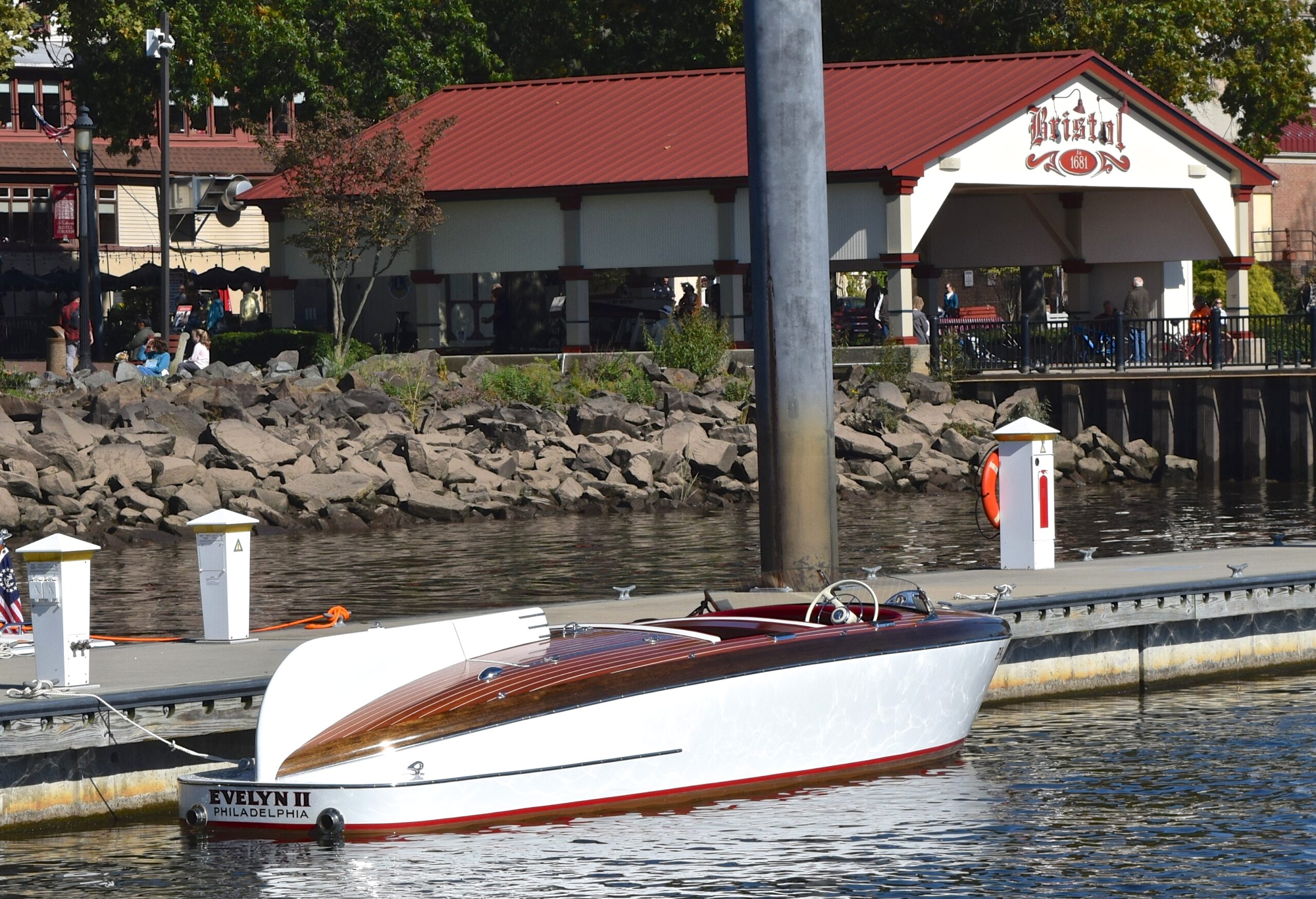 History certainly repeated itself as the Mid-Atlantic ACBS Chapter shared yet another beautiful day in sunny Bristol, Pennsylvania. A brisk breeze carried the aroma of nearly a dozen food vendors at the water’s edge on Market Street. From original art auctions to sailing on the North Wind schooner, Bristol Historic Day has exceptional entertainment. Even Colonel Ogden’s First New Jersey Regiment made a return appearance at Riverfront Park, marching through Radcliffe Street and mingling with the crowd. 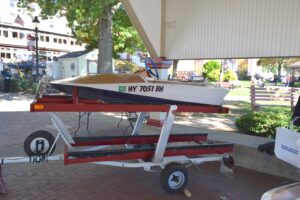 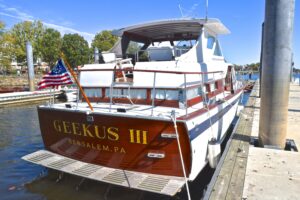 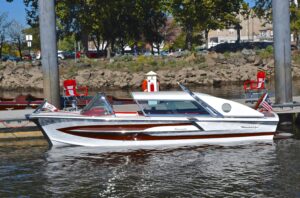 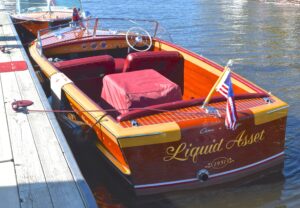 The Mid-Atlantic ACBS Chapter made its own return appearance between the covered bridge and the inner docks at the wharf. We had everything from small outboard racers to large cruisers on display. 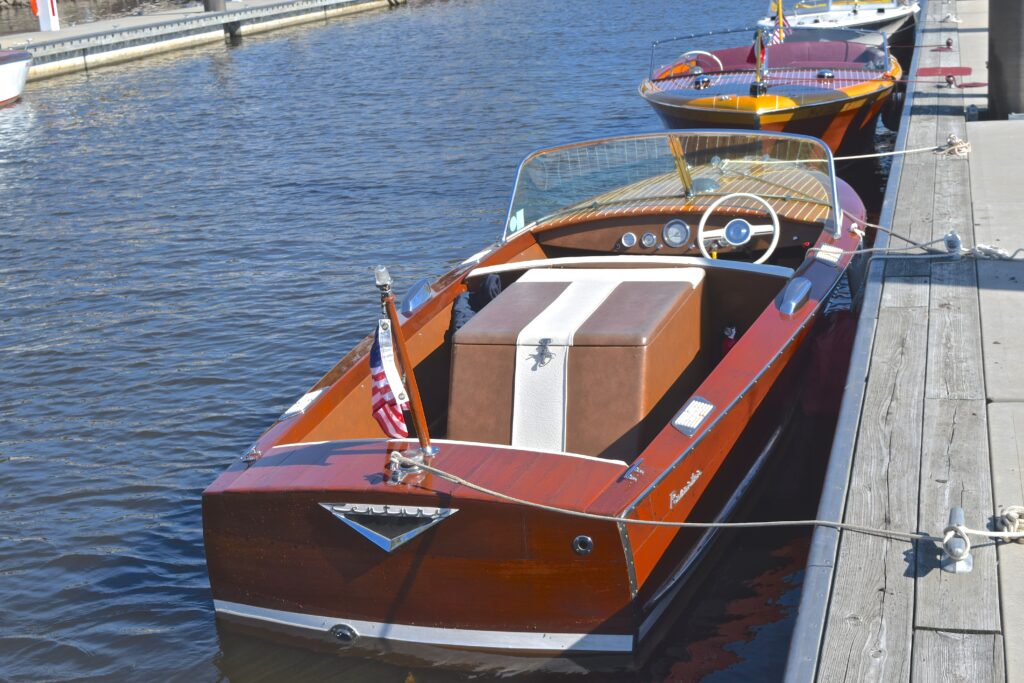 Not a minute went to waste between a leisurely boat ride in the afternoon and delicious dinner and drinks at the King George II Inn. We would like to thank everyone who was able to come out and participate in the day’s affairs and look forward to publishing a short recap video soon featuring Members boats along with portions of the car parade. We’ll see you all soon at the next Mid-Atlantic Chapter event!