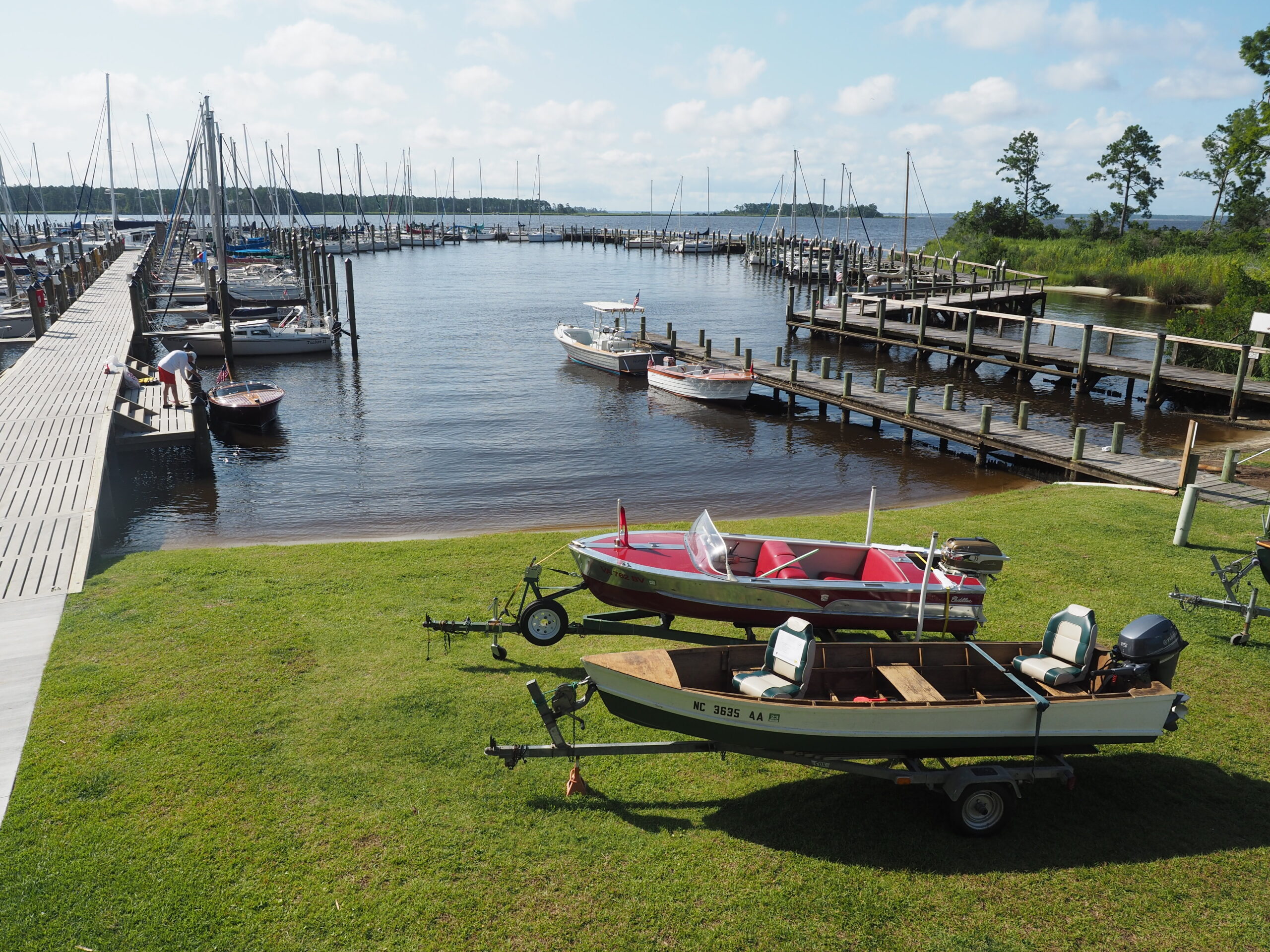 Our ACBS Chapter (North Carolina Coastal and Piedmont) partnered with Blackbeard Sailing Club (BSC) and the Edward Teach Youth Sailing Association (ETYSA) to host a low-key boat show at the BSC facility in Fairfield Harbour, New Bern, NC on Saturday July 17th between 10 AM and 2 PM.

The facility which has docks, a boat ramp, bath house, and club house is located on Upper Broad Creek, just off the Neuse River. It was a beautiful, sunny summer day for the show—albeit a hot one!

This is our chapter’s first show since 2016 although we did have one scheduled for early October 2018 which was wiped out by the arrival of Hurricane Florence in New Bern in late September 2018. ACBS Chapter President Alan Hills and his wife Judy who is the Chapter Secretary were the primary organizers with the assistance of New Bern chapter members Leif Eriksson and Jim Hartman.

We only did limited marketing of the show. A few posters were dotted around town and we took advantage of free notices on websites and newsletters. While we did not have a crowd of people, there was a steady stream of lookers throughout the day—we estimate about 100. As a side benefit of the exposure, we had four or five potential new chapter members (if they follow through), three potential new BSC members, and two people interested in ETYSA. 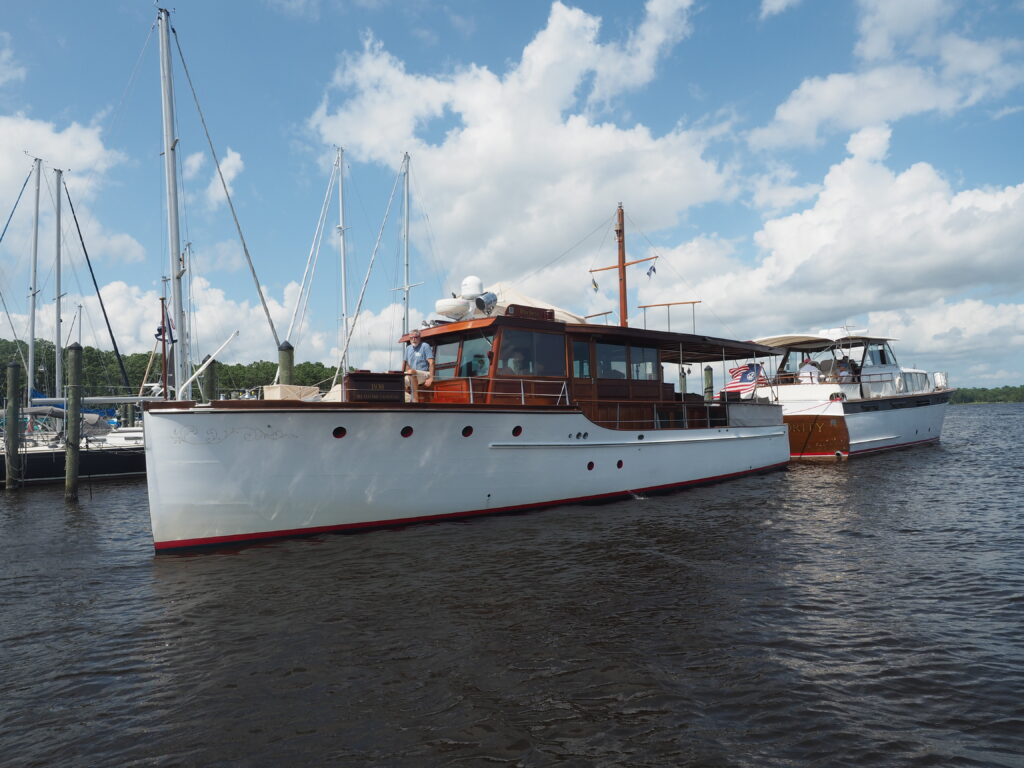 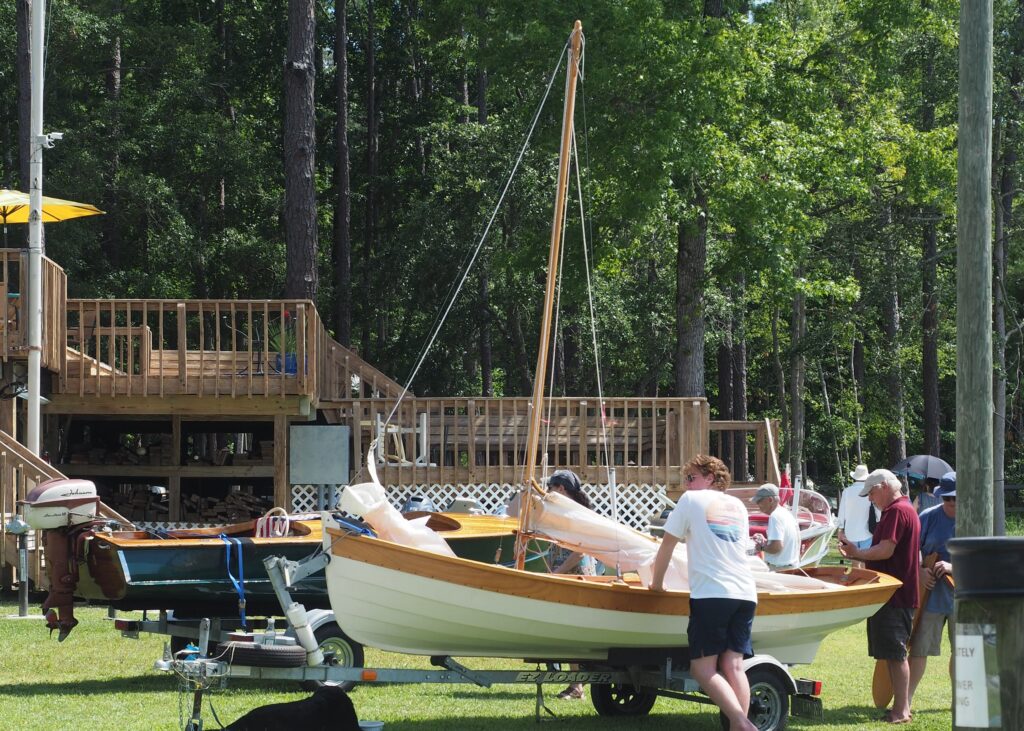 Here are some details about the entrants:

• There were five sailboats: a 18-foot Cape Dory Typhoon; a 15-foot Marshall Sandpiper; a 24-foot Edey & Duff Crocker Stone Horse; a 14-foot homemade Penobscot (member Kevin Leiner); and a 30-foot Chris Craft Capri. And yes, Chris Craft did make sailboats.
• There were eight Barbour boats which were built in New Bern. President Alan Hills’ Silver Clipper was in the water, the rest were land displays with two belonging to member Joe Peacos and two belong to New Bern attorney Bill Ward.
• There were six Chris Crafts ranging from 16 to 50 feet.
• Member Jim Alexander brought his 14-foot aluminum Cadillac Custom.
• We had a Carolina Boat Company skiff, a Chesapeake/Mahone/Morristaud Bay Cruiser, a Barnegat Bay Sneak Box duck hunting boat, a Thompson Sea Coaster, and a Wagemaker Wolverine.
• The Friends of the NC Maritime Museum brought a Fay & Bowen Launch that had been donated to them by chapter member Jim Moores. This gorgeous craft is for sale, in case you might be interested—contact the Friends of the Museum.
• We had three big boats that stayed on the docks overnight. A 33-foot Chris Craft Capitan owned by Chris Stevens from Palo Alto, CA. Chris and his wife received a BSC burgee (50th anniversary edition) for having come the farthest courtesy of Jim Moores.

We had three members providing rides on their boats: Alan Hills (Barbour Silver Clipper), Jim Dean (Chris Craft Riviera), and Jim Hartman (Chris Craft Continental). There were a number of visitors who took advantage of that opportunity. 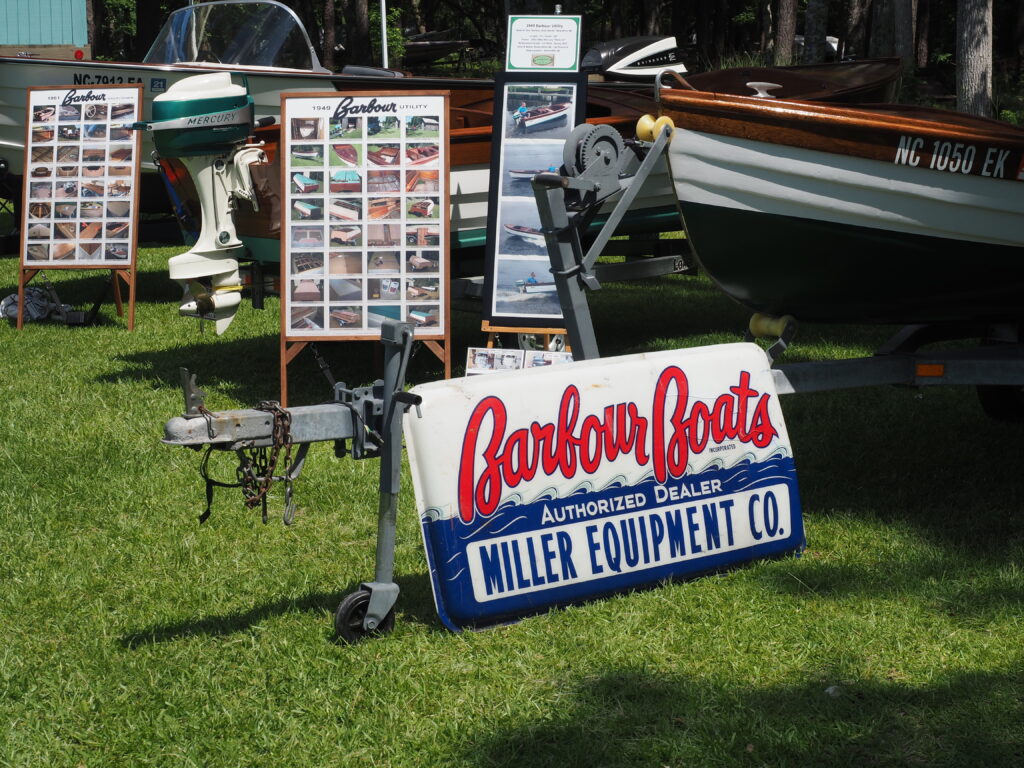 We owe a debt of gratitude to Blackbeard Sailing Club for allowing us to use the facility. Having the show there permitted us to host the three large boats so they did not have to pay dockage at a marina. It also allowed for display of sailboats in the water. If your chapter has never collaborated with a sailing club, we encourage you to explore the possibility. We are calling this show a success as it exceeded our expectations. To view all the photos, click here.