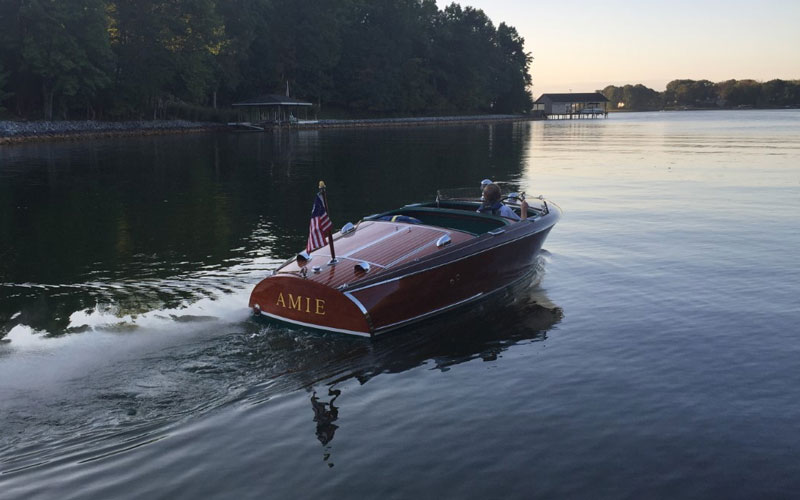 The SML Chapter of the Antique and Classic Boat Society held their annual boat show at Mariners Landing this past Saturday, September 16, 2017.

Pictured above is Amie, the 1942 Chris Craft 17′ Deluxe Runabout. George Blosser had just launched her at 7:30 on the morning of the show after “working on this beloved barrel stern for three years.”

Over 2500 people visited the show during the day. Forty-two boats were registered for the show with many coming from out of State. Proceeds from this year’s show will be donated to local Smith Mountain Lake Charites at the conclusion of 2017.

Here are the people who received awards and the list of the boats chosen as winners of this show. 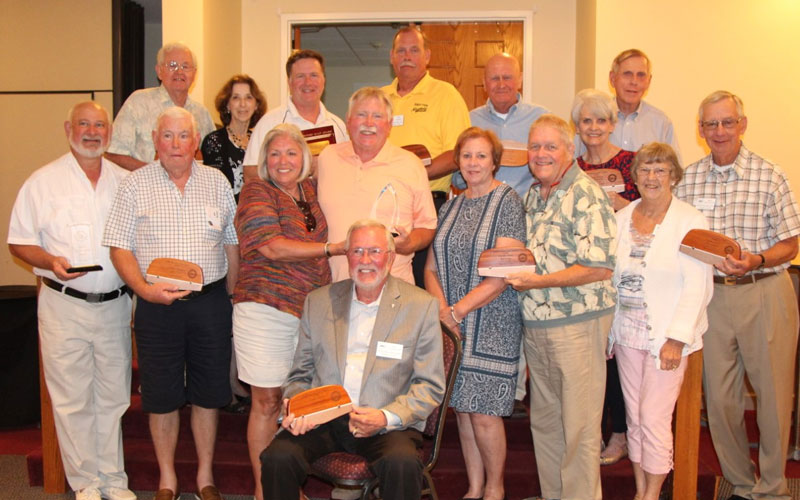 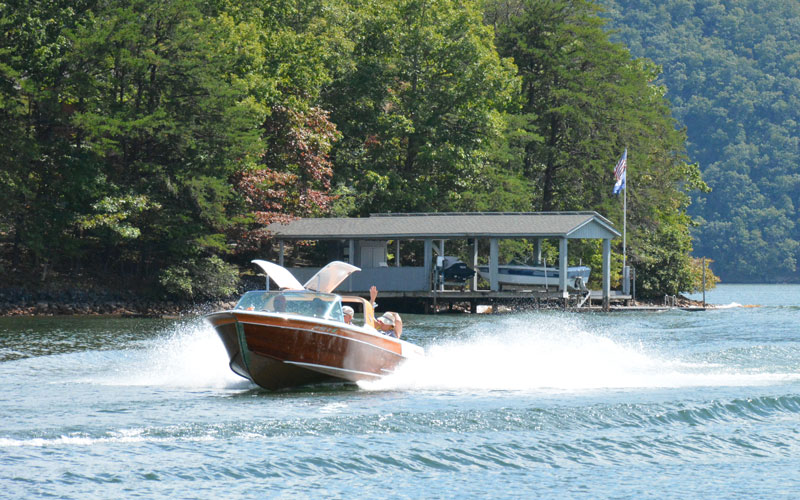 Smith Mountain Lake is a beautiful setting for gorgeous antique and classic boats.  No wonder large crowds come for the day to admire the boats at the show. 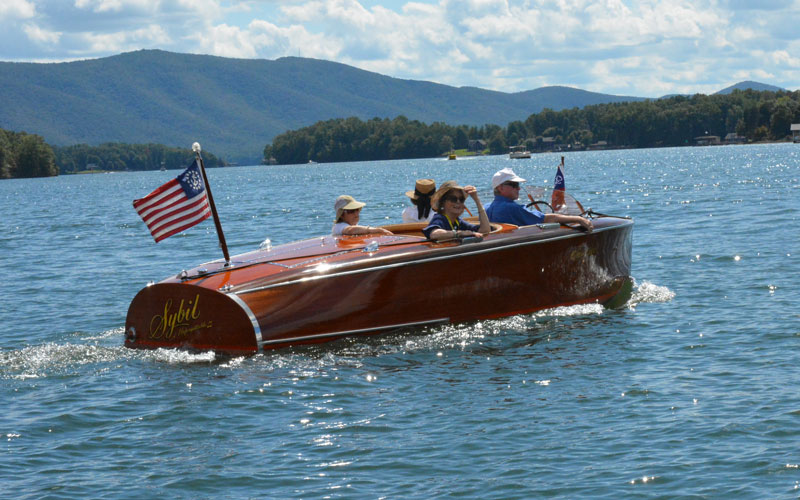 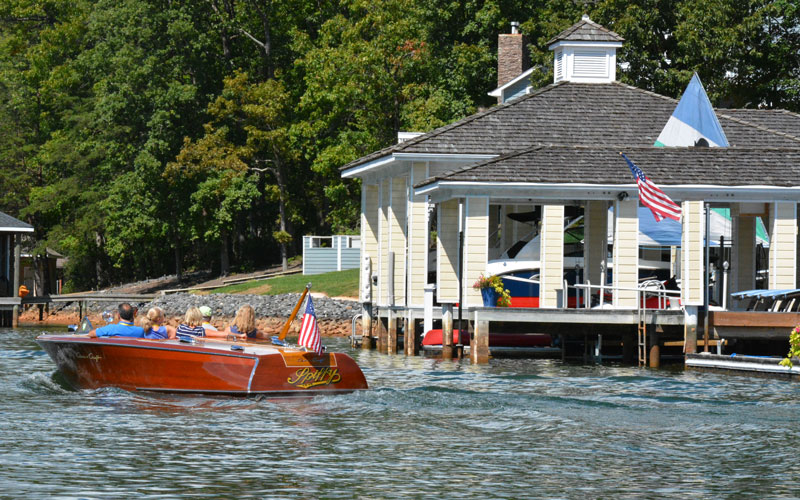 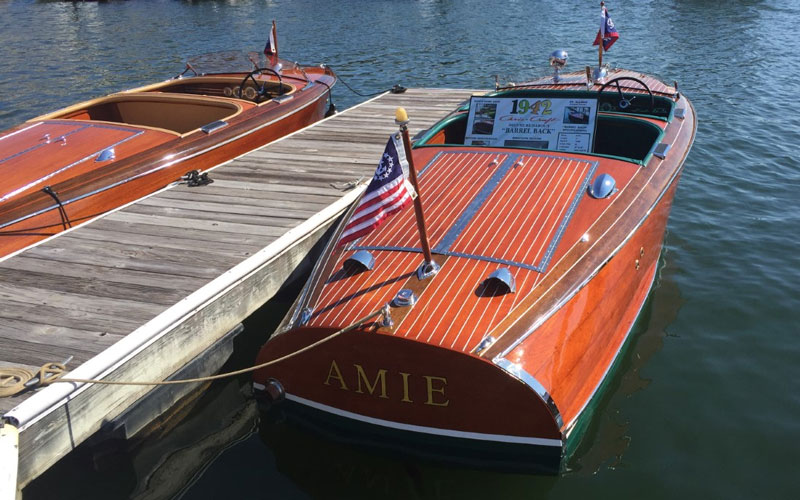