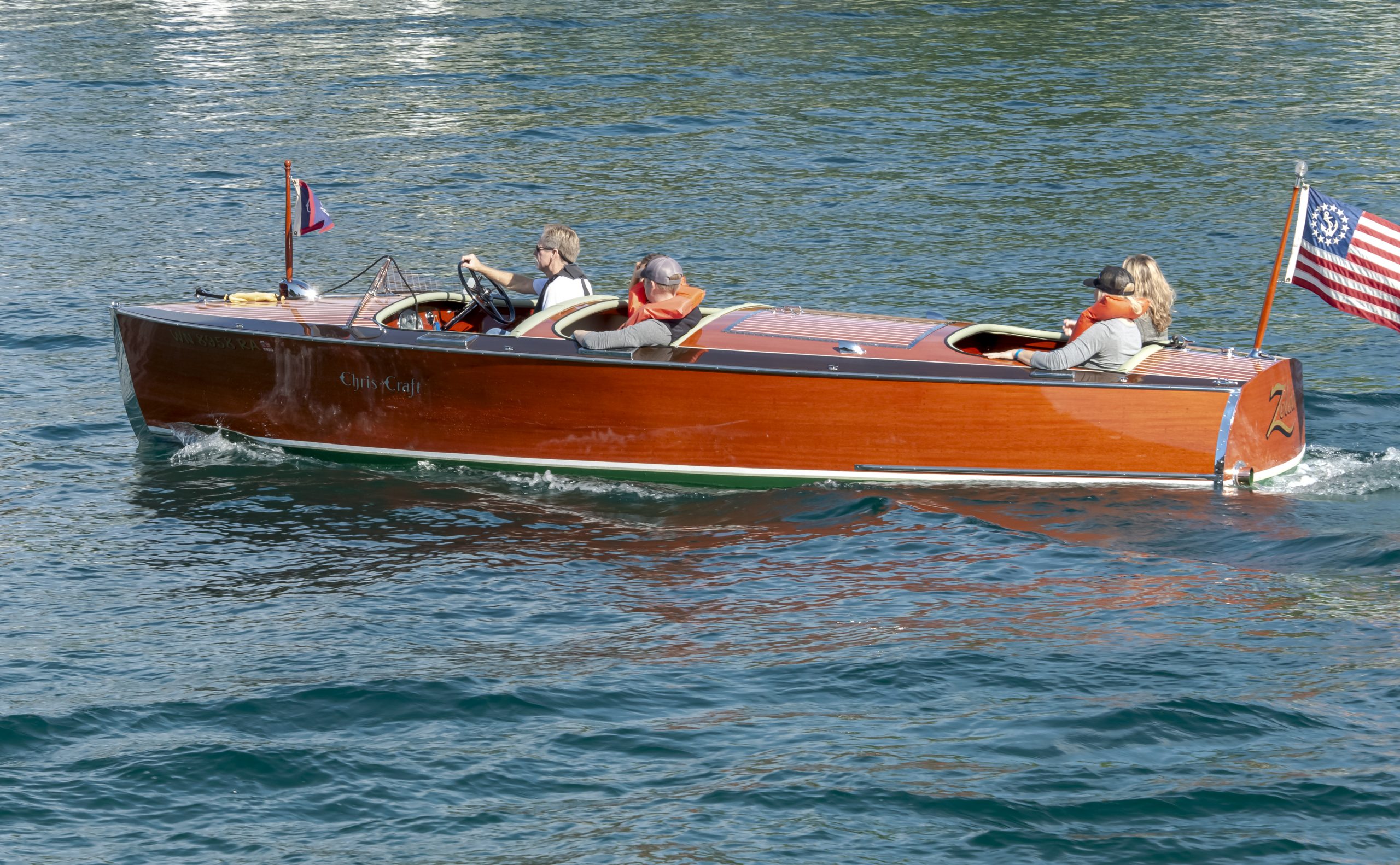 The history as I know it started in the fall of 2016. A restorer friend of mine, Rob DaPron from DaPron Marine, called me and said;”I’ve got a boat for you!” Well, I wasn’t in the market for a new boat. But Rob said it would be a good project for an amateur. So I agreed to meet him at the Marina where the boat was stored. It was a mess.

The previous owner had the boat for approximately 25 years and kept it on a boat lift on Lake Washington, Seattle. He reportedly only used the boat a few times each year then it sat on the lift. Time had taken its toll on the Hull. The boat actually sank off Seward Park on Lake Washington. He had taken his Granddaughter out on a sunny Sunday afternoon, cruising along about 35 when he heard a loud bang. He turned around and saw water coming in the back, so he gave full throttle and headed to shore. He almost made it as you can see.

Back at the marina examining the hull it was discovered that two planks came off causing the boat to sink. After further inspection the entire bottom was rotten. You could literally stick your finger thru the wood. I really liked the lines and look of the boat so I put a bid in and guess what? I got it!

I tagged and bagged all screws and hardware, turned her over and attacked the bottom. Everything was shot from Chine to Chine and everything between. So I wasn’t worried about trying to save anything and just replaced it all. I installed a complete 5200 bottom using about 55 tubes. Stripped the Topsides, then removed and restacked. I also stripped the Deck which wasn’t in too bad of shape. Re – stained Topsides and Deck, then applied 10 coats of Epifanes. Cleaned up Hardware and reinstalled.

The Marina, that pulled the boat from the water had drained the motor, changed the filters reran then winterized. I decided to start it up before reinstalling in the boat and found water in the motor. I changed the oil several times, same results. At this point I ordered a Mercuriser 350 long Block from S&J Engines in Spokane, WA. What a great company. The long block came in about a week later. I had to put on the intake and carburetor, pan, water pump, exhaust manifolds, transmission and few other bits and it was ready to fire. It fired right up, then after a few tweaks and it was ready for installation. Then Zelda was fitted to a new dual axel Aluminum Venture Trailer.

The interior is very eye catching and elegant. I wasn’t trying to build a show boat or Concourse entry. I just wanted a nice looking and hassle free user boat. I couldn’t be happier in Zelda’s performance. Zelda is very responsive, smooth riding and just plain fun to drive. I didn’t rebuild Zelda to keep, so if you’re interested …