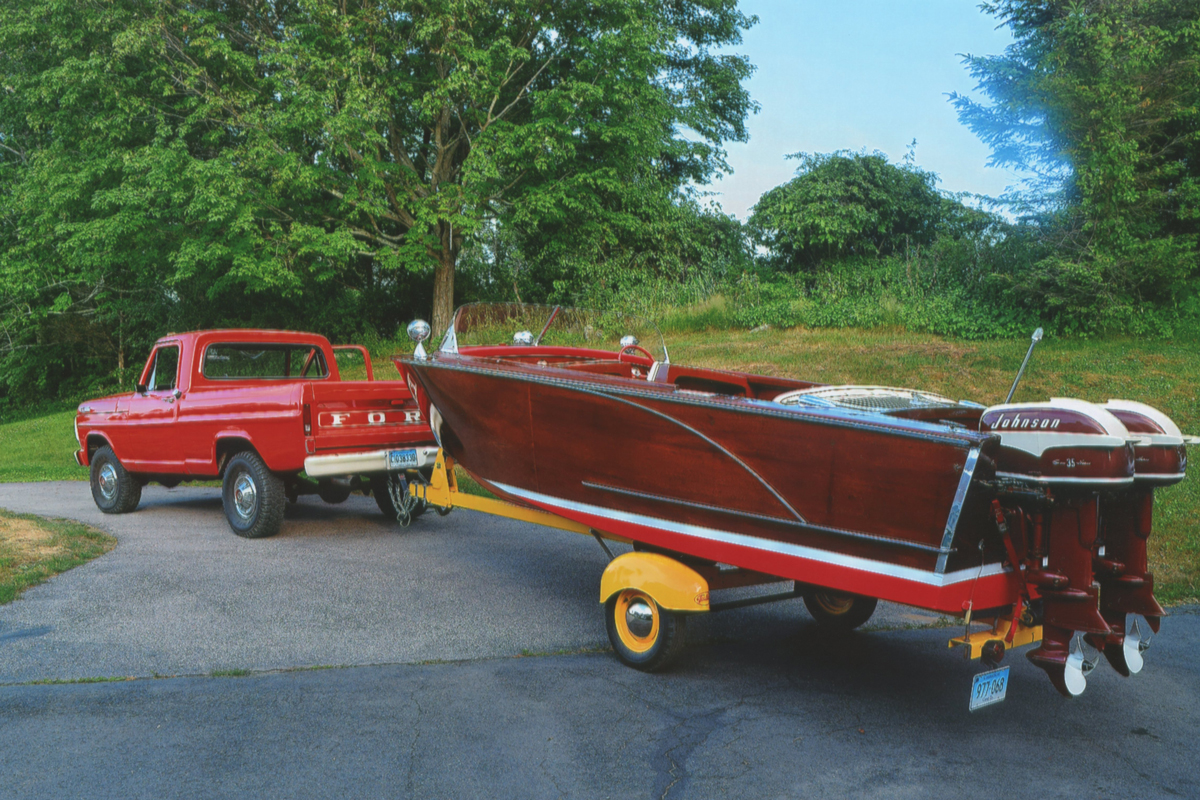 She is owned by Brian Carey and was given the Most Original Award by the New England Chapter.

This classic boat was purchased new in upstate NY in 1957.  She was only used for about four seasons before being stored away in a barn for over 50 years.  The original owner had always hoped to restore the boat to its original beauty but unfortunately passed away before he was able to dedicate the time necessary for the restoration.  The boat was dismantled at the time of the purchase with most of the parts in boxes or in the cockpit, but essentially all there waiting for someone with the determination to put her back together.  She also still sat on the original Tee Nee trailer that she was delivered on.

Sweet Jane is a Hiliner Sport Star model that is 18′ long.  She is the largest boat that Hiliner made in 1957.  Very few of this model were made as the most of their production boats were the smaller Fleet Star and Speed Star models that had single outboard engines.  The company was sold to a new owner in late 1957 so this boat was built in a transition year for the company.  It was one of the first made with a factory glassed bottom over a double planked mahogany hull.  This became standard in later versions of the Hiliners.  She is equipped with the original factory 1957 twin Johnson 35hp electric start motors which were the largest outboard motors that Johnson made in 1957.  This boat came with all the factory options which included horn, spot lights, upholstered seats, side curtain canopy which folds into dash pad, and factory mooring cover.

The boat was restored to its original beauty in 2015 using all the original parts except for the canvas canopy and seats which followed the original weathering, usage and character of a boat its age.  This boat was restored so that it can spend countless days on the beautiful CT River enjoying the life that it was made for.  This is truly a rare classic and is happy to be back out on the water!