Summit Meeting in Michigan – actually more fun than that! 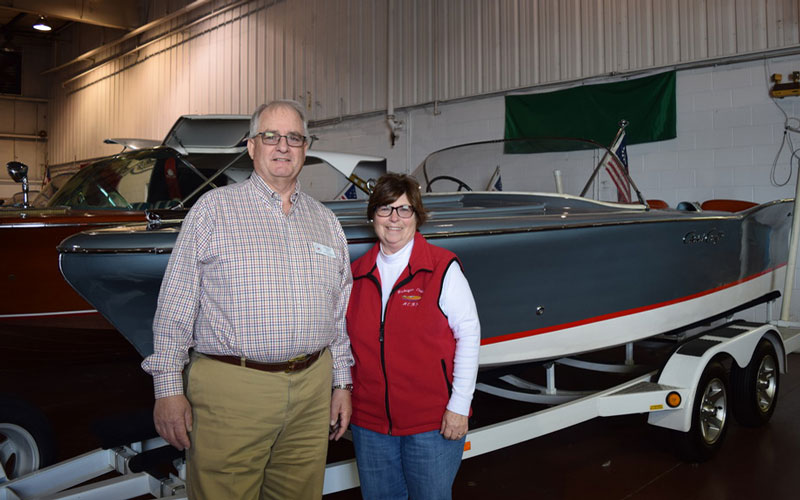 Dennis Mykols, member of both chapters, contributed this report and pictures of their great weekend.

On April 8th and 9th the A.C.B.S Michigan Chapter, (covering all of the S.E. Area of the State), and the Water Wonderland Chapter, (which covers the rest of the State, including the U.P.) held a joint two-day Presidents’ Tour, in the Southwest corner of the State.

Approximately 40 A.C.B.S. Members attended the Saturday afternoon tour of the Gilmore Car Museum, in Hickory Corners, Mi. Many of the red barns are from the late 1800’s, dismantled, and moved to this site.

In the evening the Chapter Members enjoyed a social hour, getting to know one another, with outstanding waterfront views and a great dinner at the Gull Lake Country Club. Special thanks to Country Club member Bruce Hutchinson for making the arrangements.

On Sunday, the group drove over to Dr. Roger Pecina’s Mahogany Outfitters Boat Museum, in Cassopolis, MI. Dr. Pecina is an avid supporter of A.C.B.S. Chapters, and has agreed to a five year $1000.00 Sponsorship to both the Michigan and Water Wonderland Chapters.

Dr. Pecina purchased the old Ford Dealership in town, and converted it into a great vintage boat museum. He also has restored several old buildings in town. 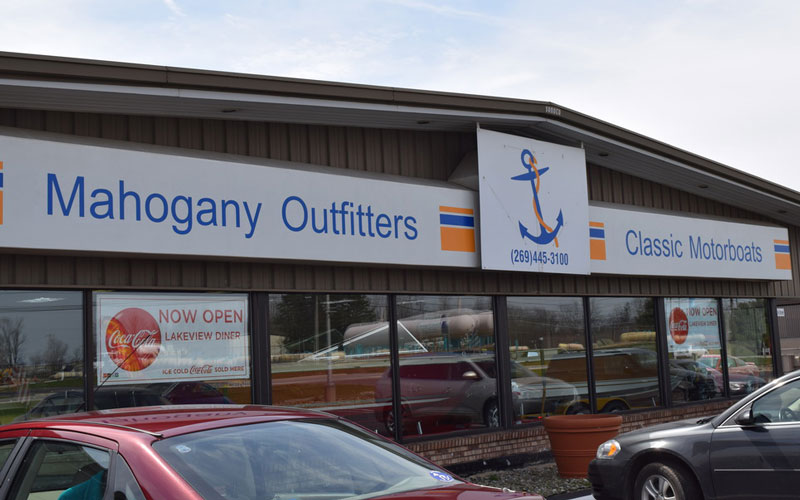 At the museum the visitors saw a top notch collection of Century Boats, many of the “Last of“ the wooden production, or the “First of” the fiberglass. This is the era Dr. Pecina has a passion for and it shows in his boat collection. 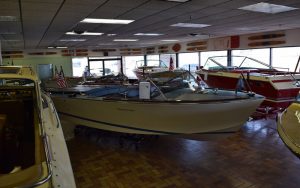 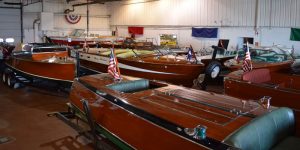 Lunch was had in the new Lakeside Diner, located inside the Museum. While the food was great the “Milk Shakes” were to die for… Thanks Dave and Staff for a job well done

Dr. Pecina is an avid collector of all thing vintage. He said he ran out of places to store most of his findings from over the years, so he decided to restore a couple of older buildings in Cassopolis to share his passion for things of the past.

All in all, the weekend was a hit, and everyone enjoying themselves. We all want to thank Dr. Pecina as well as his right-hand assistant, Molly for opening doors on a Sunday and telling us the stories behind the stories.

While I do not know if other A.C.B.S Chapters have had joint meetings, we all enjoyed meeting new people with the same interests; Classic cars and Classic boats. Many chapter members belong to both Chapters, and they look forward to meeting more members from each chapter.

Just this past weekend these two chapters held a joint Shake Down Cruise on two West Michigan inland lakes, with plans in the works to hold such an event on the East Side of the State next Spring.

Please email your story and up to six pictures about your boat, a boat project, or a chapter event to [email protected]