Tale of a Beetle Cat Want-a-be 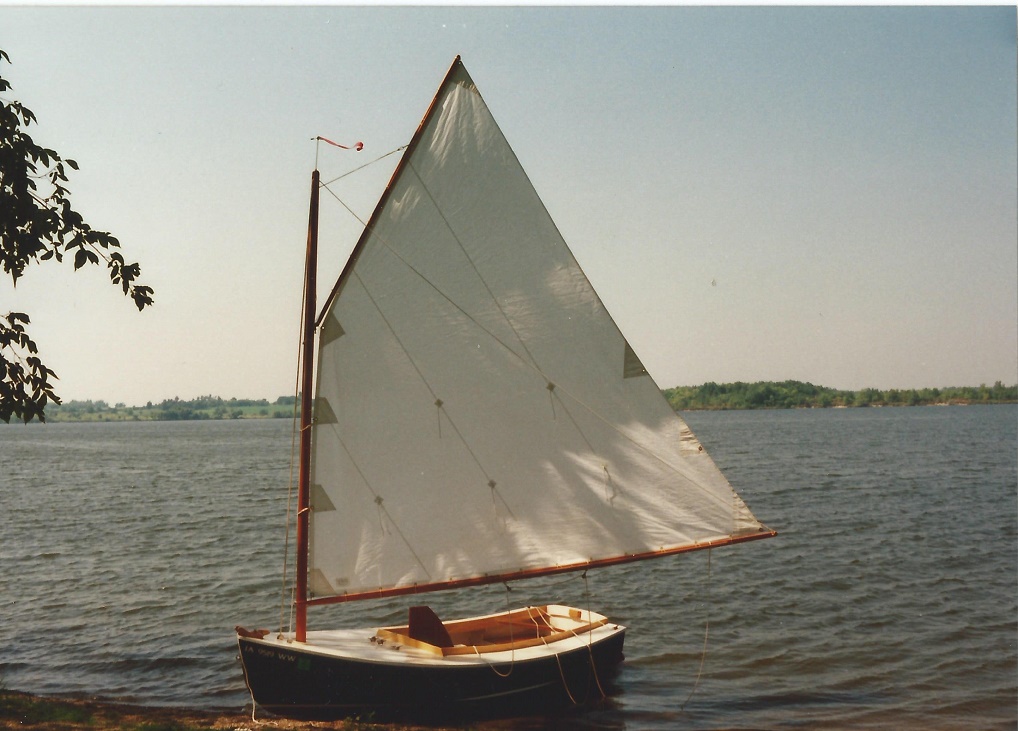 by Paul and Marge Morris members of Heartland Classics chapter

As a young lad during the early and mid 1950’s, our family’s residence was on the edge of the harbor at Hyannis, Mass. on Cape Cod. Today, the property is part of a large parking lot for one of the seasonal excursion boats to Nantucket Island. At the time, for young and old, a popular sailboat of choice for a day sailor, was the Cape Cod Beetle Cat, a 12’-4”, gaff rigged, wide, beachable, bay boat. New England yacht clubs have good sized fleets of these little beauties for sail training and recreational racing.

These have been continuously hand built at the Beetle Boat Works in the New Bedford, Mass. area since 1921. Today over 4000 of these pretty wooden sailboats have been built.
I sailed in many of these with friends and relatives, but our family was never able to own one. I continued to lust for one for many years as a young and 40ish adult.

In 1985, a somewhat well known New England boat designer Phil Bolger collaborated with Maine boat builder Harold Payson and produced a book named Instant Boats . Bolger and Payson were strong advocates of simplicity over complexity in their designs and builds. Many are intended for commonly found sheet materials (plywood), have hard chines and can be built by amateur builders. Out of this collaboration (along with several others across the country) came the concept of what we know today as “stitch and glue” construction of plywood hulls. The advancement of epoxy and polyester resin systems have helped make possible the “stitching” together of properly cut hull panels using twisted wire or zip ties in small drilled holes along the panel edges, pulling the panels closely together. This along with resin, fillers and fabrics, form a very strong hull joint.

One of the fresh designs that Bolger produced and Payson prototyped was a pretty little cat boat that they called Bobcat and was similar in size and shape to the Beetle Cat. It lacked the beautiful sweeping curves of the Beetle, but I could build it, it can be trailered, and it didn’t need to be swelled shut.

So in the spring and summer of 1985 (now in Des Moines, IA) I built Bobcat , spars, trailer and all. A new custom sail came from Gambel & Hunter sail loft. We named her Lil-Caper , have sailed her for many years and after a spring makeover will offer her for sale as we downsize to less Stuff.