Tale of the Century 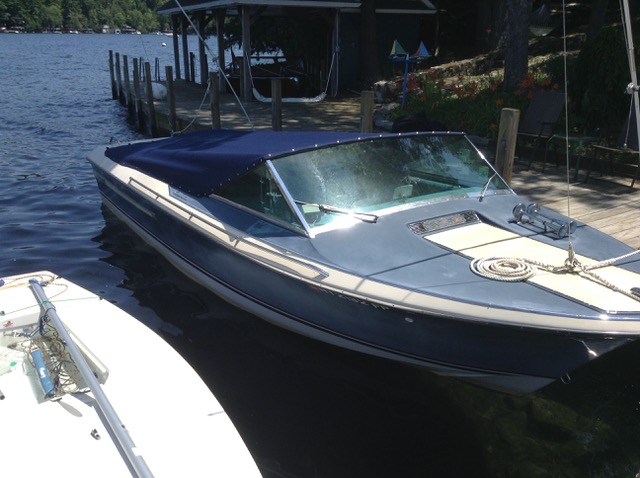 In the spring of 2000, my family decided we needed a ski boat to tow our avid water skiers. While kayaking in Dunham’s Bay on Lake George, New York, I saw the perfect boat for sale … a 1982 Century Coronado in like new condition with only 225 hours on the 440CID Chrysler V8. The price was right and soon the boat was ours.

As luck would have it, our lake neighbor knew the seller’s family, and was planning to make an offer on the Century that afternoon. It seems he wanted to buy a boat that day, so he bought our 1986 Bayliner center console fishing boat which our kids found sorely lacking as a ski boat. Now we had dock space for the Coronado. Unlike most of the inspiring stories I read in “Rudder” of basket cases restored to perfection, this is more of a riches to rags account of life with the Century. Over the twenty years that this boat has been with us, she has been a real work horse, and has spent little time under cover. This year she started the season with 600 hours on the engine. She has endured seven of our grandchildren, all of whom ski. She has pulled tubes for those that didn’t. She has transported our son’s family on their yearly camping trip to various Lake George islands, loaded with firewood, skis, and way too much camping gear. Two years ago, on acceleration, I wound up on the floor when the driver’s seat collapsed from rot. Last year, the floor itself rotted. Both problems have been successfully and skillfully repaired. If she were not such an attractive boat, I might have gotten discouraged. Even when she decides not to start, I still love looking at her. 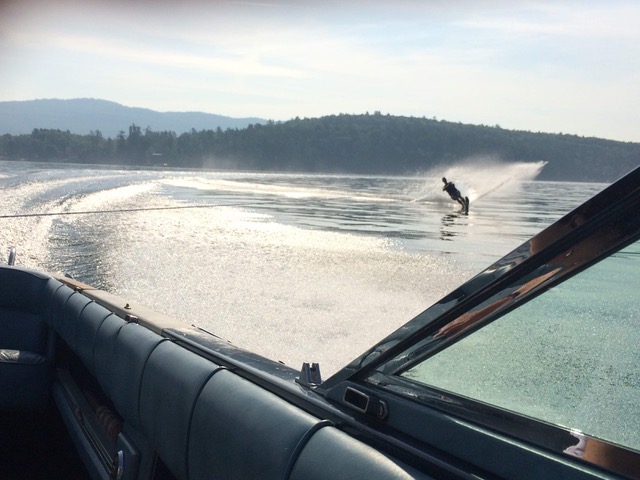 My son tells the following story of one harrowing experience (not the first, and certainly not the last): One year we were stuck on a less desirable site on St. Sacrament Island. There was a spar buoy a few yards off the end of the dock, marking a very shallow rock outcrop, which made coming and going by boat an adventure. Toward the end of our trip, we were shuttling our friends to Hulett’s Landing because their boat had engine trouble. Our Century was overloaded with people and gear, and there was a stiff breeze. As we pulled away from the dock the wind started to blow. In reverse, the boat does what it wants (generally pulls sharply to port) regardless of steering input. In a wind, with a heavy load we had no chance. Even though we were going slowly, the prop shaft bent and the prop wound up embedded in the hull. Both families had to rely on the one remaining working boat to get dropped off at the marina. An unfortunate end to a fun trip. As you can see, this boat has had an exciting life so far. Because of Covid-19, this may be an easy year for her. Not as much company, not as much skiing, maybe no camping trip this year. Writing this article has inspired me to begin making her beautiful again. Perhaps this is the year of the Century.