Thankful for the people of ACBS 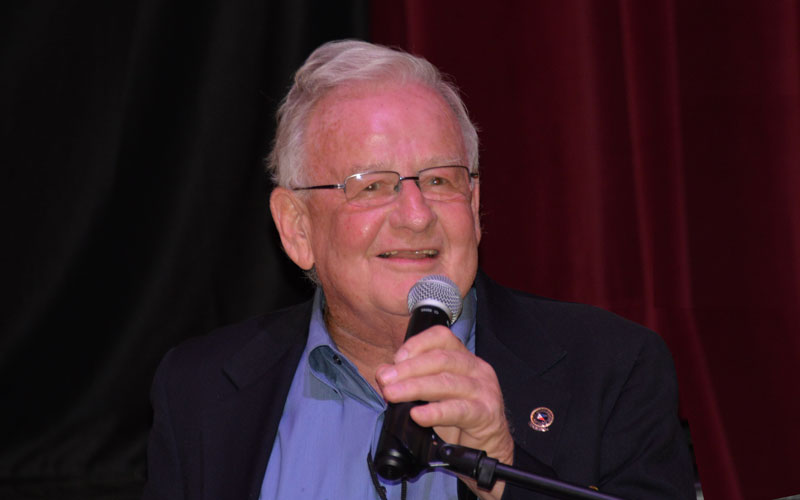 Ask any active member of the Antique and Classic Boat Society what they value most from the organization and the answer will always include “the people you meet”.

Some of those people along the way become the leaders of the organization.  Today, we are thankful for the continuing personal relationship with one man and also for the contributions he has made to ACBS.  The Antique and Classic Boat Society annually honors a person with the Founders Award.  The 2017 recipient was Dick Werner.  Gail Turner authored this statement for the presentation of the 2017 Founders Award:

Congratulations to Dick Werner….recipient of the 2017 Founders Award!

The Founders Award celebrates outstanding lifetime achievement in furthering the goals of ACBS by making an impact at the chapter level, the International level, and the boating community at large.  For this person, ACBS becomes a part of the fabric of who they are.

Our recipient this year, Dick Werner, was involved in the hobby and had a passion for classic and vintage boating even before ACBS came to his state.  Participating in shows in his area – and as typical of his nature, he jumped in to promote the hobby by planning new events, hosting outings at his home, writing for the local newsletters…..anything and everything that needed to be done to make it happen.  He knew that boating events bring us together.  One vision led to another…and over the course of a few years, he was one of the Founders of not one, but two, of our ACBS Chapters……the Columbia Willamette Chapter and the Inland Empire Chapter which are both very active today. 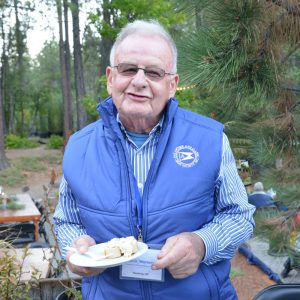 As his involvement with ACBS continued, he accepted a role on the International Board….first working with the Safety program and then working to expand the outreach of the Scholarship Committee.  He challenged us to find a way to increase the fund….which resulted in a designated evening being set aside at our annual meetings for the Scholarship Auction.  He worked to identify schools qualified to receive scholarships, of which we have now expanded to five schools.   This program now stands on its own, making a profound impact not only on the students who learn a new career, but on the hobby itself by equipping students with skills needed to maintain our boats as the years go by.

Continuing on the International Board and accepting the role as President for 2009, he engaged himself to review and strengthen operating areas of our Board, all while traveling the country to various shows sharing the message of ACBS.

As Past President, Dick stays engaged in the role that perhaps is the most forward reaching of all….and that is his continued commitment to education.  For you see, education doesn’t stop when the class is over.  Rather, every time someone shares a skill they have learned, or guides someone to seek answers themselves……the skills are being passed on…..and it is that ripple effect that grows our hobby and assures the presence and legacy of these boats continues.   From developing stand-alone Symposiums and those in conjunction with boat shows, he not only designed them, but encouraged and enabled chapters to produce their own.  In the midst of all this, the development of a video based library was ongoing, and we now have over 100 videos on a variety of restoration topics available to view.

What a promise of skills learned to pass on…… a resource to offer the membership….and an encouragement to the boating community at large to find themselves within our club and learn and grow as we are all able to do ….thanks to the results of his vision and efforts.  He dreams big….his vision is large….his efforts even more so….and his results have made a difference.

So, not only with our thanks for his commitment to ACBS, but with our gratitude that each of our current and potential members are the recipients of his efforts for this club….we congratulate Dick Werner as the recipient of the 2017 Founders Award! 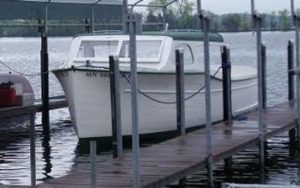 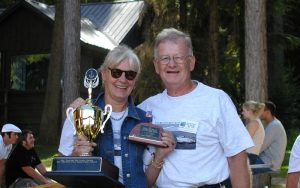 The ACBS has an active Awards program to honor and appreciate the efforts of individuals at the International and Chapter levels and to celebrate the achievements of ACBS Chapters.