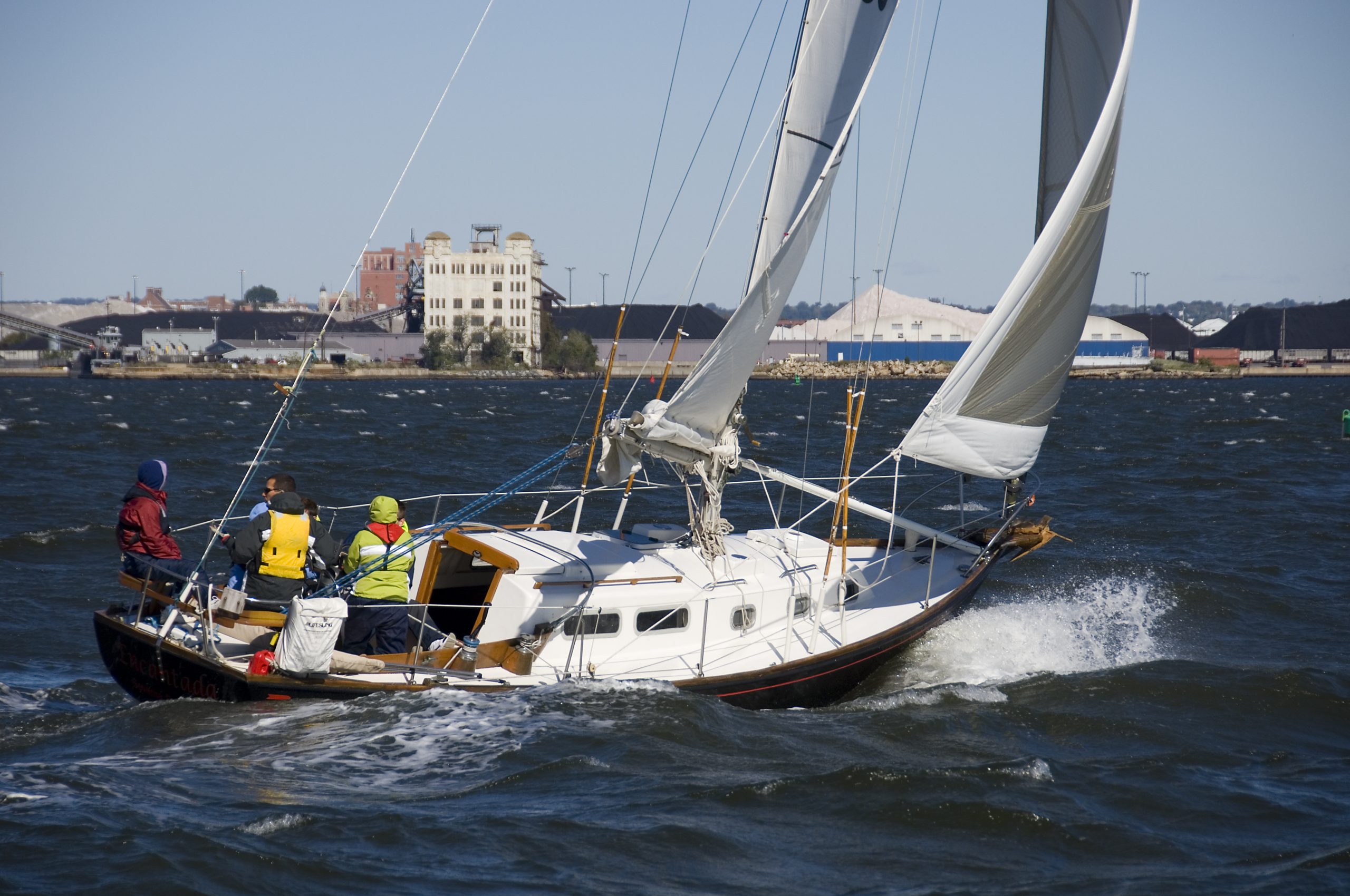 by Richard Lowery member of the Chesapeake Bay chapter

Like me, most ACBS members in the country suffer from the addiction of loving old boats. My addiction started years ago when my father used a 17′ wood catboat, without its mast and rigging, as a power boat to fish for pickerel on Lake Erie.The cat boat was powered by a five horse-power Briggs and Stratton single cylinder engine. Once a year or so, my older brother and I would rig it to sail, and would do our best, without knowing what we were doing, to try not to capsize it, nose over forward.

This addiction, suffered by ACBS members is innocent enough, given that they appreciate the beautiful lines of old boats, mostly in wood, and beauty usually not captured in todays fleet of boats. Certainly not the case, for example’ with America’s Cup catamarans which are always sailing to windward on skis. Fast, yes, but short on the beauty captured by yesteryear’s boats.

My personal love of boats with beautiful lines, set in seriously in the middle of my professional career while serving as an assistant professor (a Navy LCDR) at the Naval Academy, in Annapolis, MD. After hours were spent as a safety officer sailing Luders 44′ yawls, initially in wood, without engines. This experience led later to ownership of a Cheoy Lee Luders 30, and to ownership of my last boat, the 1966 Allied Luders 33 named Black Magic. It was named Black Magic in 1966 and is still so-named today. In the accompanying photo you will notice the black hull and the magical lines of the Luders 33, hence the name Black Magic.

You can tell from the sailing photo that Black Magic is in nice condition today, after some fifty plus years. As the fourth owner, I cannot take credit for most improvements made to her, most credit goes to the owner before me. Those improvements included, of course, painting, re-powering from gasoline to a new Yamaha diesel, new sails, improved ground tackle, strengthened rigging, replacement lines and so forth.

The Allied Luders 33 is a collector boat in its own right, and there is a Luders 33 Qwner’s Club with similar enthusiasts like ACBS members. Folks who love old beautiful boats and want to keep them alive. The club members share interest in some 30 or so of these fine boats built by the Allied Boat Company.

So far, the reader will conclude that my interests only included sailboats. Such is not the case. My first boat was a beautiful wood 26′ Danish Folk Boat. Subsequent boats owned included a 17′ Lyman run about and a 1929 Maine built 41′ power cruiser, with lobster boat lines. I loved all those boats, but the wood Maine built boat had two characteristics that I did not anticipate. When a yard saw that boat coming, they could always hear the “ca-ching ca-ching“ of the cash register. Also, they could always find something wrong with it to work on, and of course, there was always something wrong with it to work on. Secondly, the yard always wanted to be working on the boat in the spring and early summer months when I wanted to be using her.

So, such is life, and now, sadly, I am without any boats!!!! A condition even worse than having an addiction!!!!