The Boats With No Name 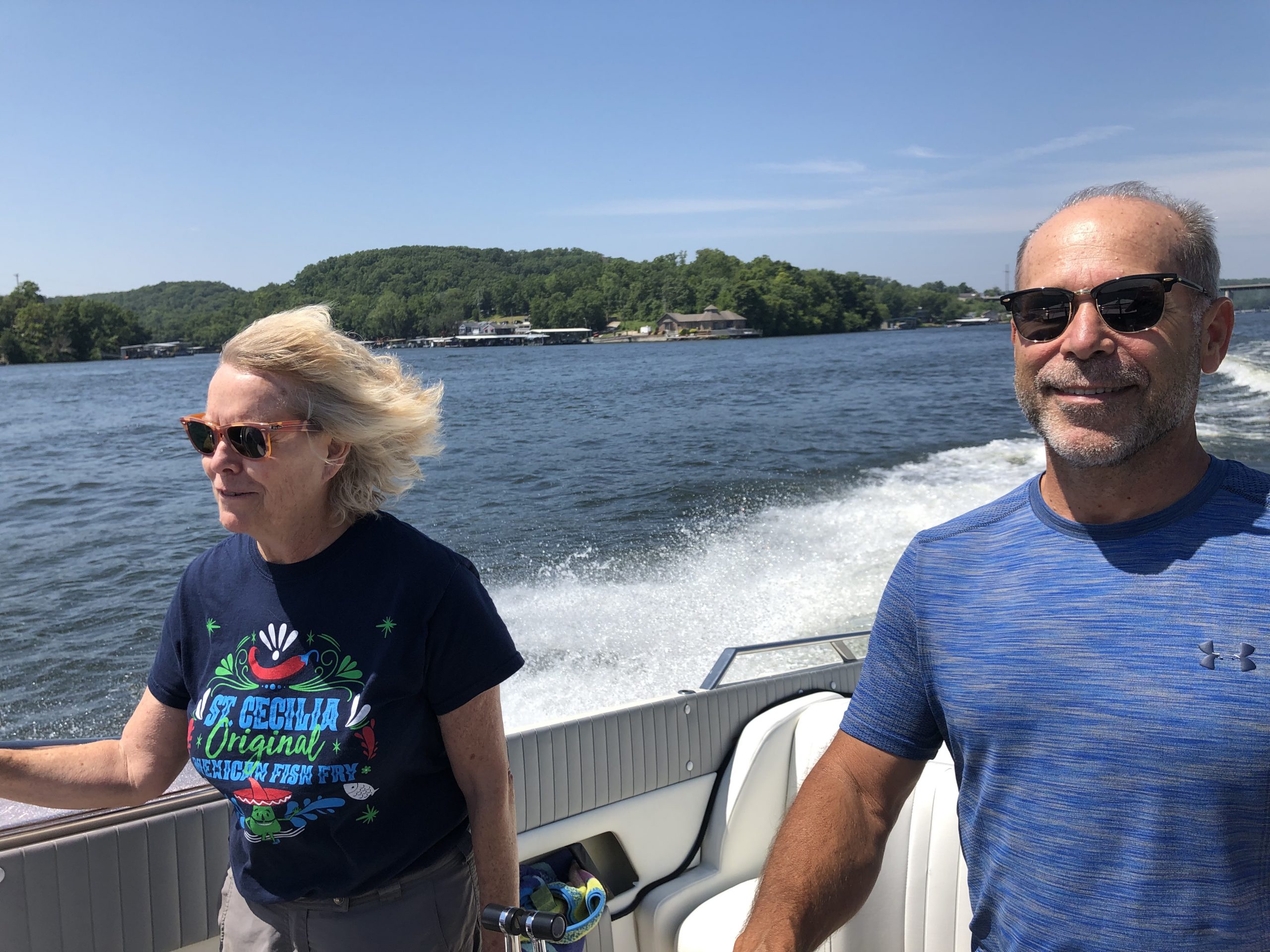 by Nick Blaine member of the Mississippi Valley chapter

In 1969 my family started boating Lake of the Ozarks in central Missouri, marking the 2020 season as my 51st year enjoying those waters, so much so I believe the Lake of the Ozarks is part of my DNA. In 1969 I could go anywhere on the Lake in my 12’ Alumacraft runabout with a 22 hp Scott Atwater outboard, however the boating experience is quite different now.

Although I admire the beauty of wood boats, I’ve never had the courage to take that path. My current fiberglass boats work well for our family needs and in my opinion are classics none the less.

For my practical side, in 2008 I became the third owner of a 1998 Donzi Z-235 Sport Deck. When new, Donzi (I’ve never named my boats, just referred to them by manufacturer or model) was the quintessential deck boat. Not so much today when you consider tri-toon’s can be powered by twin 450 HP Merc outboard’s, but Donzi’s Mercruiser 260 EFI starts with a turn of the key, pushes her to 50 mph if I’m in a hurry, seats 10, has more cup holders than a Chevy Suburban, and sips fuel at less than 5 gph. At anchor Donzi has two Bimini tops shading her entire length, important to the oldsters my wife and I have become.

For my less than practical side, in 1998 I became the third owner of a 1978 Offshorer Marine Monte Carlo 30. Monte (remember I call my boats by manufacturer or model name) is hull #42, built by Carlo Riva’s Offshorer Marine after he sold the Riva yard. Offshorer started in 1971 with a 27’, then bumped to the Monte 30 building hulls from 1978 to the early 90’s, I’ve read that only one hundred Monte 30’s were built before bumping to a Monte Carlo 32. My Monte was moored at Yacht Club de Monaco until 1994 when the second owner relocated her to North Miami FL, where I acquired her transplanting to Lake of the Ozarks. Monte if very reminiscent of the famed Riva Aquarama, just fiberglass, deep V with two 3 ½ inch steps, and faster.

During the season, Donzi and Monte average 20 engine hours each, are pampered by resting on hoists at our covered dock in a no wake cove. Offseason they sit on trailers in my heated mancave.