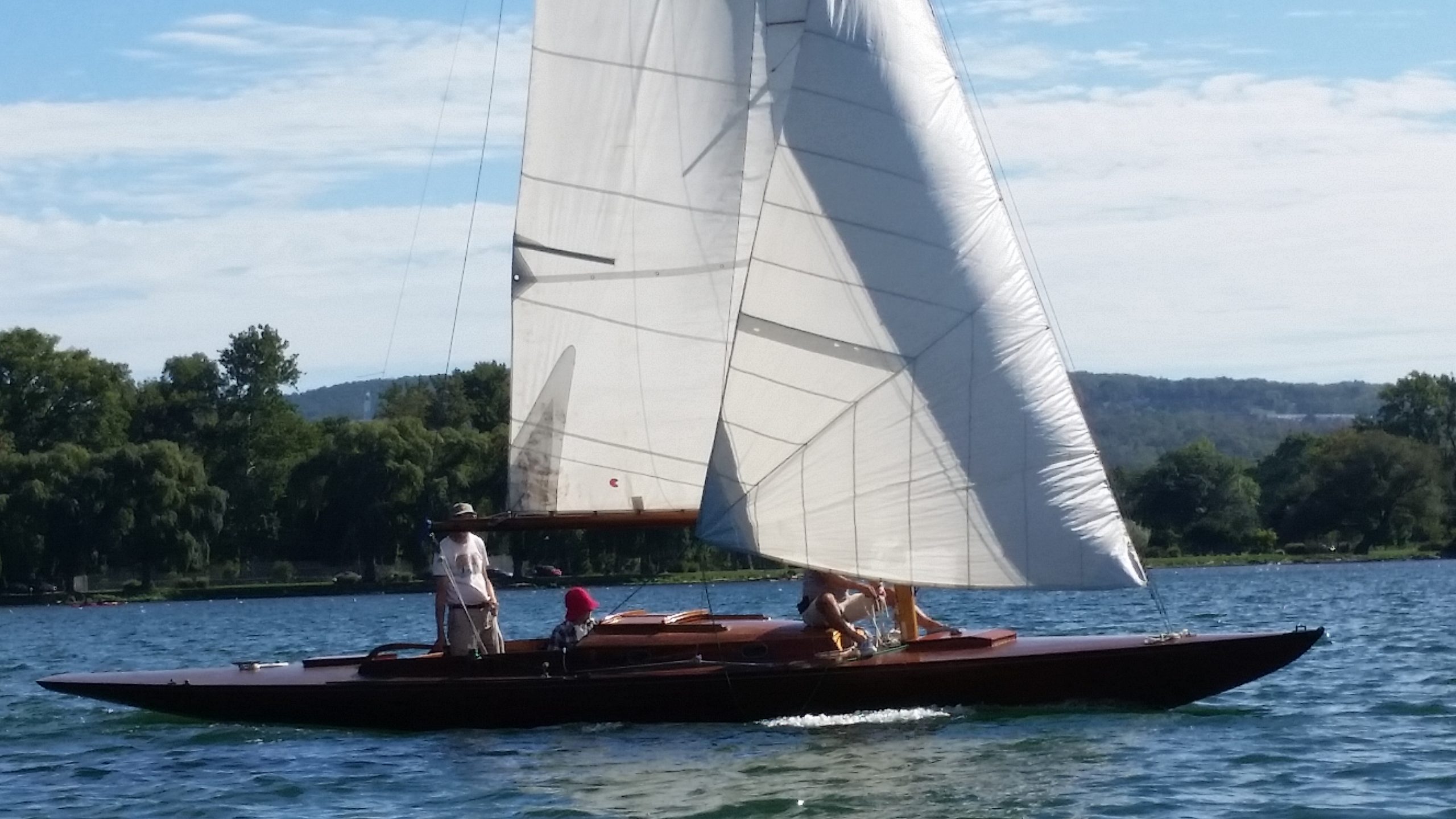 Lancea’s documented history goes back to the fourth previous owner, Russ Balmer, who sailed her out of the Port Huron Yacht Club in the 1960s. Before that the history is murky but the last previous owner believed her to be the very same boat that was originally built for the Emperor of Annam (now Vietnam) in 1935. That boat is quite well known, thanks to the Swedish Maritime Museum’s collection of documents from the designer, Knud Reimers, and Chapter 36 of Uffa Fox’s book Sail and Power, “22 Square Meter Class”, which focused on it. From the Museum we have Reimers’s original detailed design drawings, as well as his correspondence with the Emperor.

The Square Meter Rule is a yacht measurement rule created by the Swedish Sailing Association in 1908, based largely on sail area. It lent itself to graceful, narrow designs with long bow and stern overhangs and tall rigs. Lancea is 36 feet long overall with a beam of only 6 feet. Other typical characteristics are her tall, narrow mainsail; low-slung, broad genoa jib; and curved mast. In the first half of the 20th century there were racing fleets of 22 and 30 Square Meters on the Great Lakes and the Massachusetts coast, but the majority have always been in northern Europe, where they are still raced. Some great action photos of a 2014 race in Berlin are at https://soeren.zenfolio.com/22qm2014.

Lancea came to me ready to sail and I’ve done little more than refresh the finish. Her hull is Honduras mahogany, deck and mast Oregon spruce. She is close-planked and seals up water-tight without caulk. She sails with a nearly neutral helm at all angles of heel. With her narrow beam, she heels readily before the keel stiffens her, immersing the hull overhangs and increasing her waterline length. Currently she daysails on Cayuga Lake out of Ithaca NY. Lancea has given me five years of great pleasure so far, and it will soon be time for her to move on to her next owner.