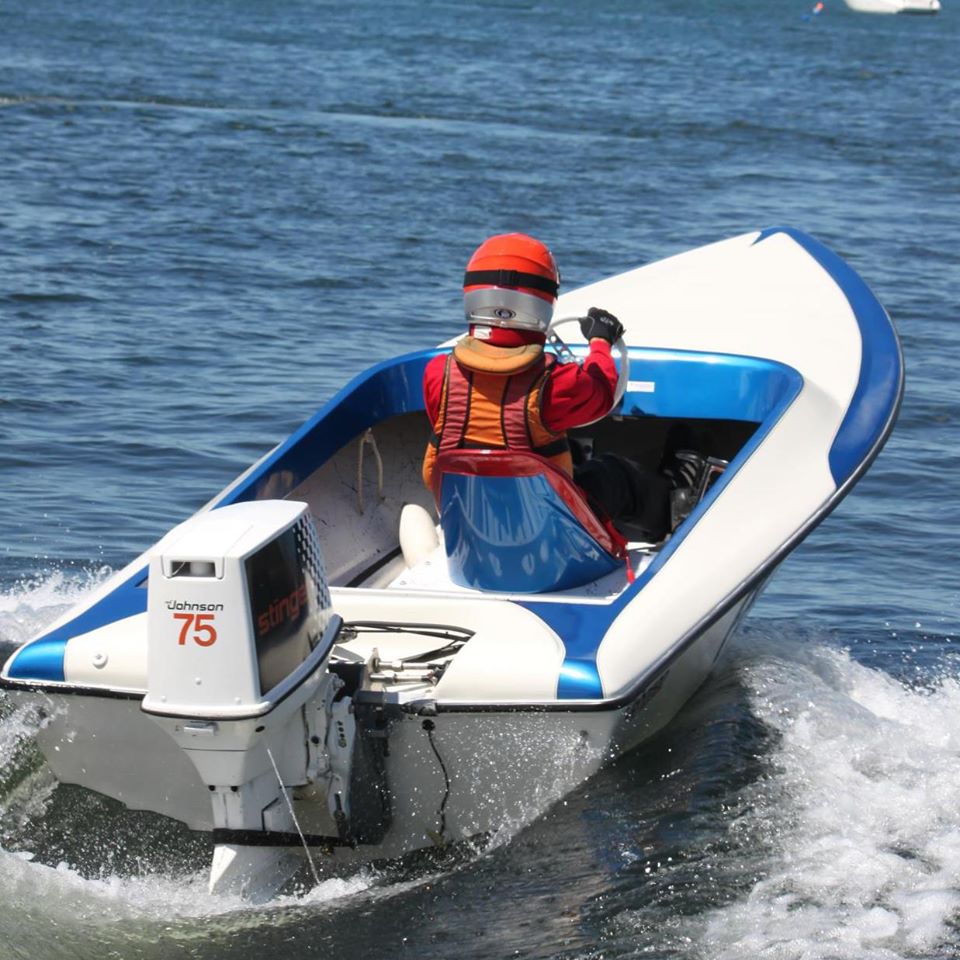 By the Krzyzanowski family members of the Manotick chapter

FE-32 is a mid-1970’s Checkmate owned and restored by the Krzyzanowski family of Ottawa, Ontario. The Krzyzanowski’s have been involved in the ACBS for several decades and share an interest in the classic raceboat hobby as well.

The FE (Family Entry) class of boat racing was introduced to North America in the mid-1960’s as an affordable approach to the world of boat racing. The class featured recreational speedboats, configured with a central driving position, optimal for both closed course and marathon racing. With a 50 cubic inch maximum engine displacement, the class was very popular and drew a variety of hull and engine options.

FE-32 is a second-generation 14’ Checkmate V-Bottom Runabout, which was a suitable choice for FE-class racing at the time. With a 6” planing pad, this design was capable of fast straight-line speeds and accurate cornering.

The hull was found in derelict condition and went through a deck-off restoration, which included a new transom, frames, paint, and rigging. The exterior hull was in reasonable condition and was treated to an era-correct 1970’s 2-tone paint scheme. A popular engine of choice, the 3-cylinder Johnson Stinger was found on Craiglist in Washington state. The 75hp engine was found to be in excellent condition and had very low hours. A Ron Hill custom racing propeller completes the package.

FE-32 is a smooth running combination that has been shown at ACBS events and used on the vintage racing circuit. The boat is a departure from the time of kneel-down raceboats and presents an opportunity for mature drivers to get back in the “hot seat”.