The Gar Wood on Walloon Lake 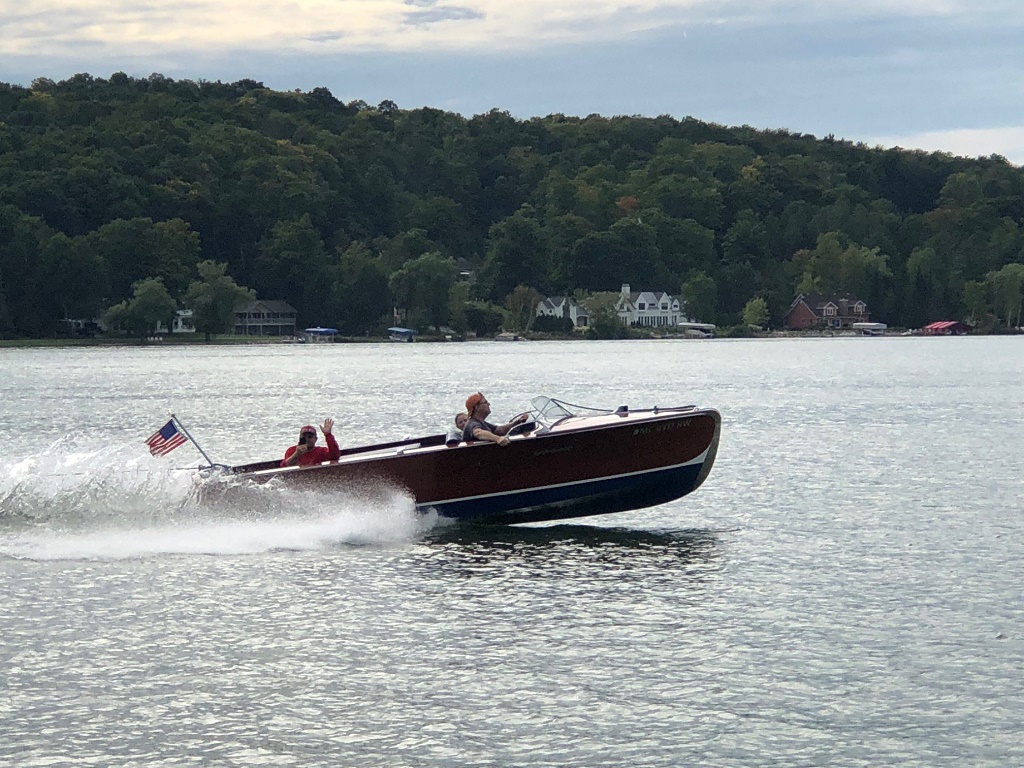 I had always wanted an antique wood boat, and once we started renting a house on Northern Michigan’s Walloon Lake, I knew it was time to starting looking. I decided early on that I wanted something that was uncommon and possibly something with a connection to our family. My wife grew-up in St. Joseph, MI – former home of The Truscott Boat Manufacturing Company – so when I found one for sale in the Northeast US – I was intrigued. The boat in question was a late 1940’s 18-6 Utility, and it was through my research on this boat that I learned that these boats were design copies of the final run of Garwood’s made in 1946/47. Not wanting to “settle” for a copy – I narrowed my search to a Garwood 18-6 from 1946/47.

ACBS members will likely be well aware of Gar Wood’s many boating exploits. The more I learned about the man and his company, the more I was sure this is what I wanted. It was ironic a few years later that I learned that Gar Wood the man divested his interest in Garwood the company a few years before my boat was built. Regardless, I really liked the Norman Bel Geddes art deco design – and continue to appreciate the rarity of the boat.

In 2015, I saw an ad in the ACBS Blue Ridge Chapter newsletter for a 1946 Garwood 18-6. The price was right, and the phone number seemed to indicate the owner may also be in Michigan. Jon Reus from Macatawa Bay Boat Works in Saugatuck, MI joined me to inspect the boat, and in short I was the new owner of number 55 of a total production run of eighty-two of these boats. I’m told less than 15 of these boats still exist today.

Rich and Helen Elton had owned the boat since the early 1980’s, and had known the prior long-term owner and much of the boat’s history and original specs. Rich also had paperwork going back to the 1950’s that showed who we believe to be the original owner – one Elmer Hartwig of Royal Oak, MI. Some internet sleuthing lead me to Elmer’s daughter-in-law (now in her 80’s), and I sent off an old-fashioned letter to the address I had found. Several weeks later, I received an email from Elmer’s granddaughter, along with some additional history on the boat and most importantly a picture of Elmer (and his brothers) in my new old boat. This was followed by a letter a couple weeks later from Elmer’s daughter-in-law, with some additional details and pictures. I was thrilled to have this connection to the boat’s history, and I think they really enjoyed the nice reminder of times long gone by.

Jon Reus and his team at Macatawa Bay Boat Works commenced a full restoration of the boat that was accomplished in phases over three years. I remember thinking when we started, “it’s less than 20’ long – how much could it cost to restore”. Well, it’s probably best I didn’t know for sure when we started – but suffice to say I’m thrilled with the result.

We’re now owners on Walloon Lake, and if you hear of a crazy person who pulls his kids on a tube in a vintage Garwood – well that’s us. I hope Elmer Hartwig is smiling down on us as we enjoy his old boat. I think of him often – even though his granddaughter told me his real passion was sailing!