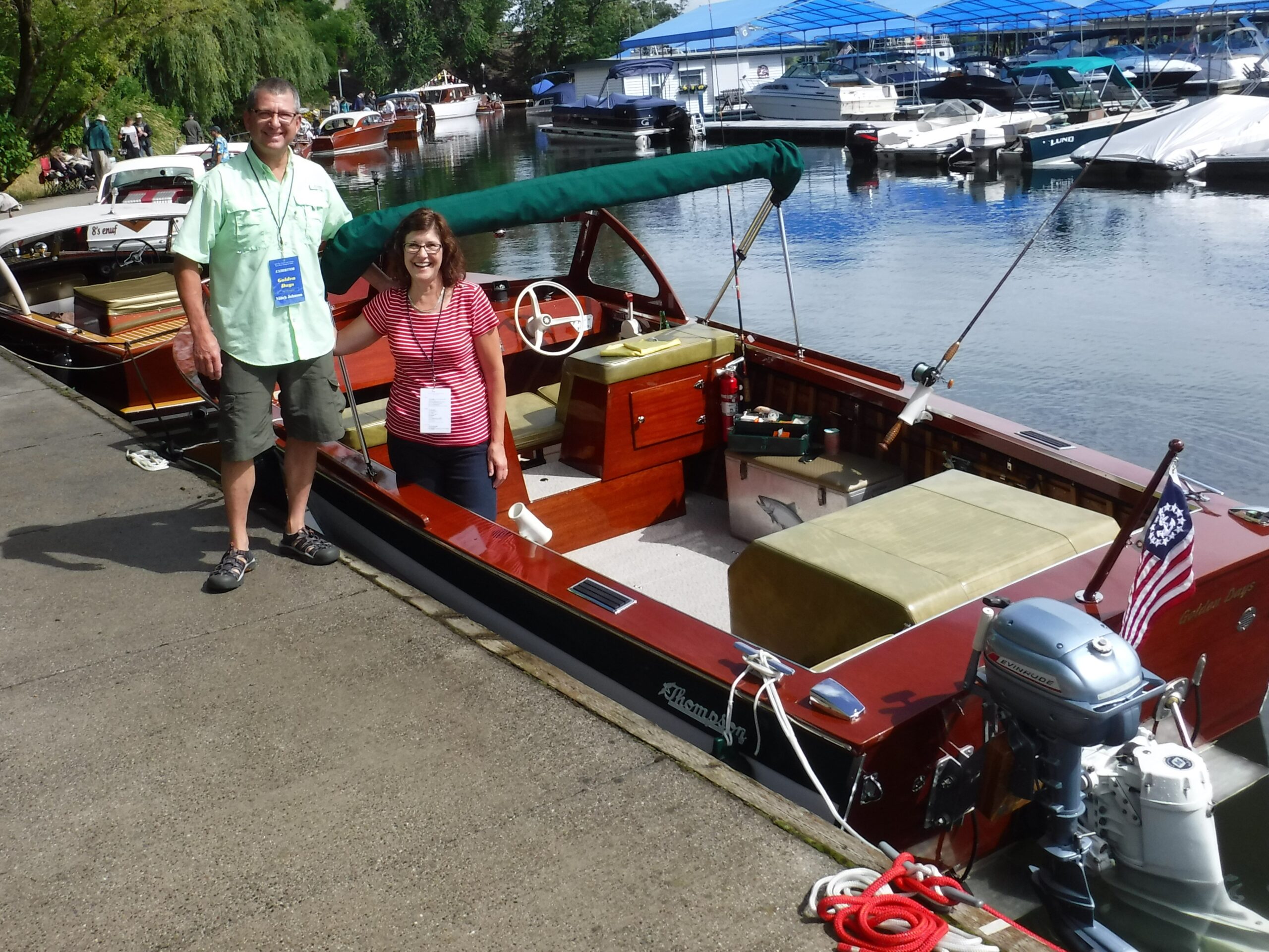 My father was born on August 1st, 1926 on Whidbey Island, Washington. Growing up on the island, fishing and boating in Puget Sound was his love since childhood. On my Dad’s birthday in 1967 he factory ordered his new 20’ Thompson Offshore that we still have today.

We have many childhood memories boating & fishing in Puget Sound. We were very blessed to have grown up in one of the best times to live. Fishing was bountiful, life was simpler and much slower paced then. Such a happy time, the days before cell phones and computers, “The Golden Days”

Dad last used the Thompson in 1995 and it sat for over 15 years. In 2010 the memories got to us so we decided to begin a complete restoration. The boat was primarily used in saltwater for fishing. The wood was in pretty good shape, but the saltwater had taken its toll on everything else.

The first three years were mostly devoted to tear down, identifying problems, sanding, and replacing all the brass clinch screws. Starting the fourth year the pressure and pace picked up with the goals of entering the boat in the Sandpoint, Idaho boat show in July of 2016 followed by a trip to Seattle in August to take my father for a ride in his boat on his 90th birthday.

In July 2016 we made it to the Sandpoint Idaho boat show. We were honored to receive three awards; People’s Choice, Best Post War Utility, and Best Non-Professional Restoration. I Bet Dad never thought his fishing boat would be in a boat show.

The biggest reward of all was on August 1st, 2016 we celebrated Dad’s 90th birthday with a boat ride and Dad at the helm, 49 years after the day he purchased it new. Dad was the captain as we were all once again together in the “Golden Days”.