The Haunting Of The XK18 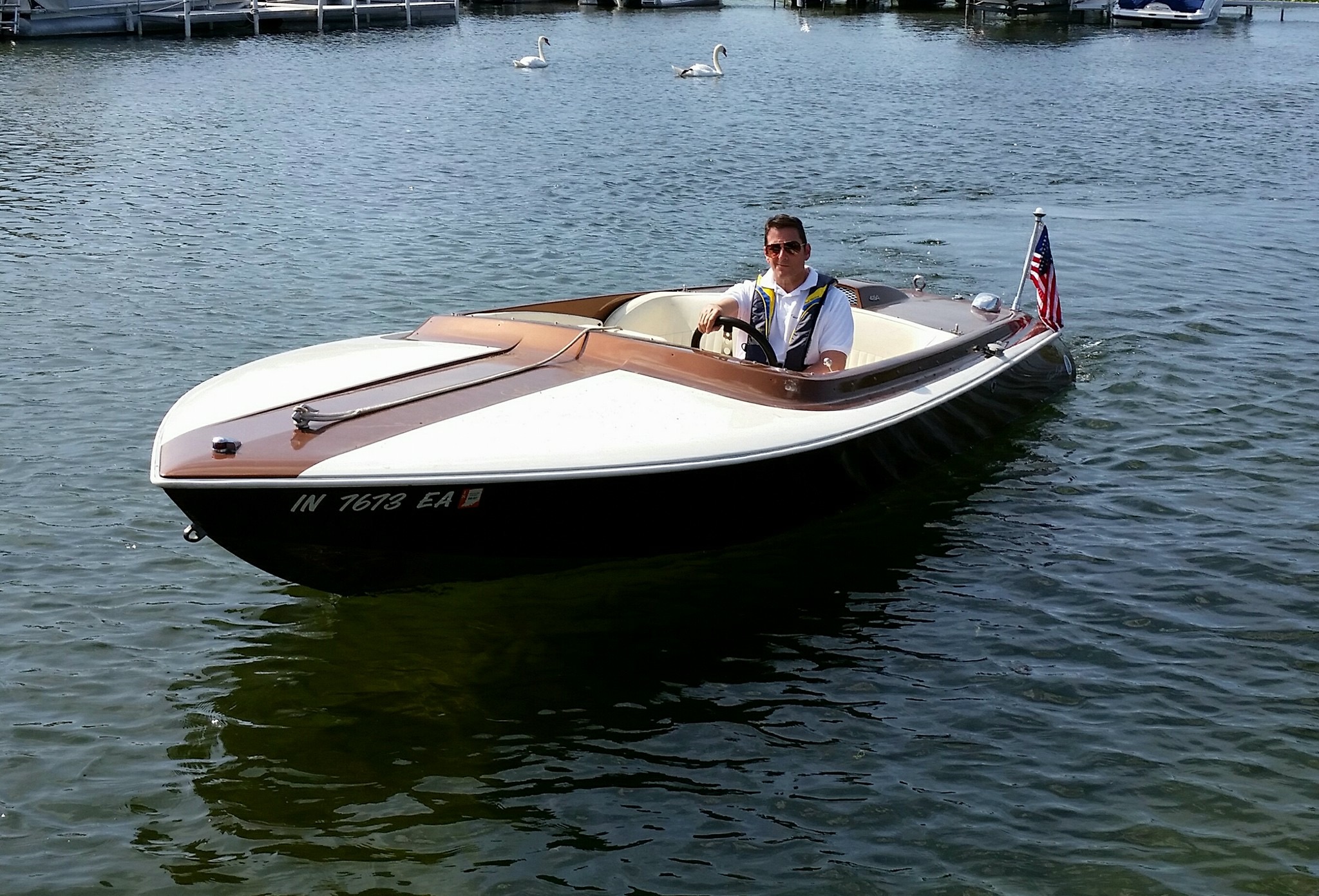 by Vic Melchiorre member of the Indiana chapter

I saw my Chris-Craft XK18 several years before I bought it. One summer day in 2011 or 2012, my best friend Brian Buehrer and I decided to go to Cassopolis, Michigan from Lake James Indiana to see Roger Pecina’s museum & collection of boats & etc. We arrived and went through the museum on a self-guided tour and made our way to buildings that contained project boats. I was drawn to what turned out to be a 1971 XK18 as I recognized the hull design as that of my 1970 XK19. Upon closer inspection I noted the “454” badges on the hatch cover, meaning it had the exclusive and rare 454 Guardian motor therein. Finished in Bronze and cream livery, I thought it would make a good baby brother to my XK19. However, I didn’t feel any urgency to buy it, so we returned to Lake James, but the memory of that bronze beauty haunted me.

A few years later, the Indiana Chapter of the ACBS, Brian & I went to see Roger’s collection. The XK18 in the same building. In mid-2016, it appeared on Ebay, the listing noted it had an engine knock, but I was the highest bidder. The following Saturday, Brian and I set out for Cassopolis to pick up the XK18. Returning to Angola, we installed a battery and attempted a start. We took it to the ramp at nearby Fox lake, whereupon the rope holding the bow eye to the trailer snapped and it flew backwards off the rollers into the water, where it drifted across the channel. Fortunately, the plug was in, but Brian gamely jumped in the murky water and retrieved it. Although it did start, it would not run more than a second and we hauled out. I took it to Dry Dock Marine Center in Angola, so my friend and owner, Terry Archbold, could evaluate it.

Terry called me a few days later and informed me that one cylinder had zero compression, so we sent the heads out for reconditioning. The carburetor was hopelessly plugged, but Terry had a NOS Edlebrock in inventory which replaced the old one. He also added a HEI distributor for safety and reliability. The bottom end of the motor was good. The aluminum manifolds and exhaust logs went out for polishing and repair as needed, the rest of the motor was painted and resealed. The Jacuzzi jet pump received machine work. I took the bucket seats back home and had Smitty’s Indianapolis Marine fix the rotten seat bottoms. I installed a new vinyl rub rail insert using a roll I had left over from a previous project, and touched up some paint blemishes.

By June of 2017 it was ready for a sea trial. We launched on Lake James and it started and ran perfectly. I have since installed some “smart” trim tabs. I will have a new windshield made and install some loud deck horns. A place diverter may be in the future someday.