The History of Aramis 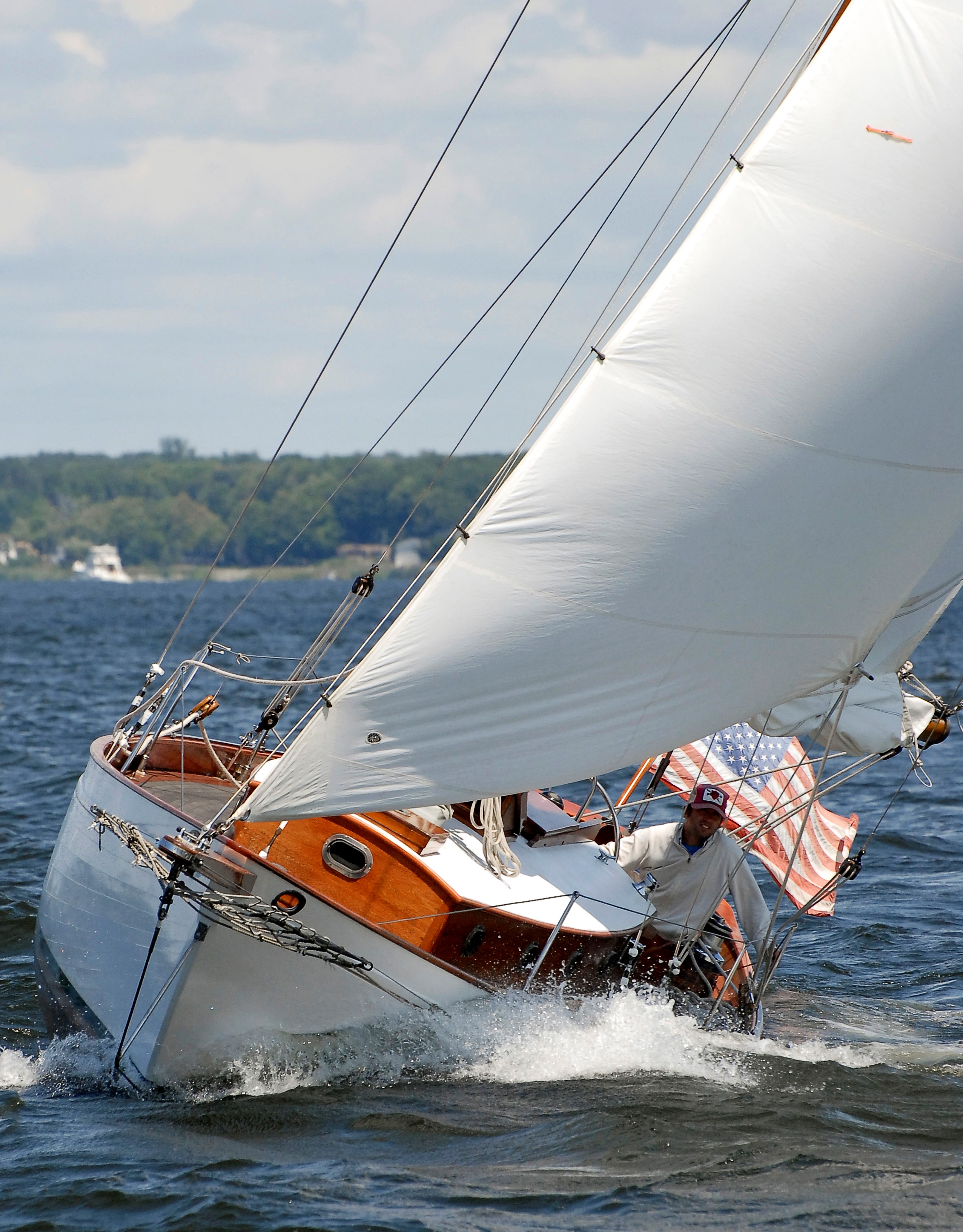 The cutter rig sloop Aramis (original name Dorjack) was designed by Henry J. Gielow and built in 1935 by the Burbach Yacht Company in Fruitport, Michigan (near Muskegon). She is 38-feet long, 9 1/2’ wide and is constructed of one inch carvel planked mahogany over oak frames. Her 55-foot mast is made of sitka spruce, and she weighs in at a hefty 26,000 lbs. Her sails consist of the main, a staysail, and four jibs. Early in her career she served as the race committee boat for the Chicago Yacht Club, and over the years has sailed in numerous Lake Michigan races. She has always been a fresh water boat.

In 2001, we were sailing around in our 1963 Raven on White Lake (just north of Muskegon) when we saw Aramis and sailed around her mooring for a closer look. I noticed a ‘for sale’ sign on her cabin top, and fortunately remembered the phone number. I made the call, and two weeks later, found myself the proud eleventh owner of this beautiful wooden boat. Over the years, we have faced our share of maintenance issues, common to all antique wooden boats.

In 2002 we installed a new diesel engine, replacing the 1945 gasoline Gray Marine engine. A new deck (Douglas fir) was installed in 2004, the stern rebuilt in 2005, and she was rewired in 2008. In 2015 we replaced the canvas on the top of the cabin with dynel. The next major work, deck caulking and varnishing, was completed in 2019.

We knew how to sail small boats, but had a lot to learn about larger boats, particularly about rigging, sail plans, and how to deal with an ill behaved sixty year old gasoline engine. There are no labor saving devices on Aramis, and reefing the main and changing jibs on the go require strong hands and backs. What she does have are many beautiful antique wooden blocks and bronze fittings, some stout winches, and a plethora of sail hanks. She sails like a quiet dream and is surprisingly fast.

Aramis has four berths, a working head, and an insulated ice box. Because we use her mainly as a day sailer, and don’t do any cruising to speak of, we never got around to installing a proper galley; we’ll leave that for the next owner. 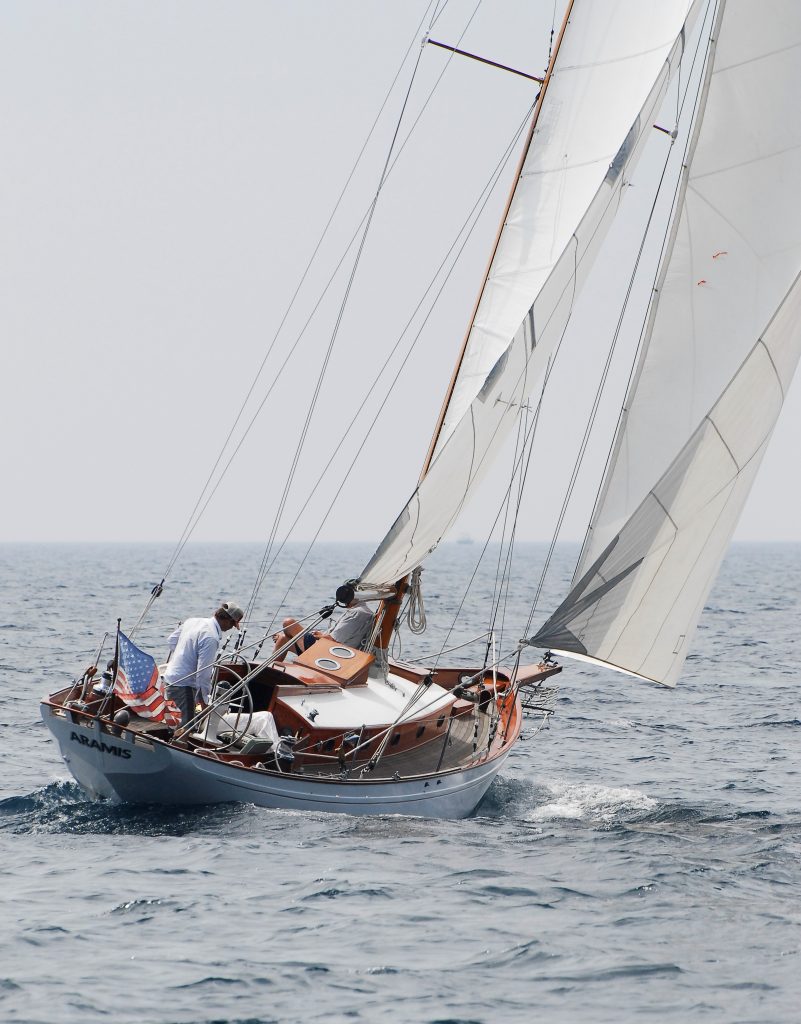