The History of West Winds, an “Original Tahoe Boat” 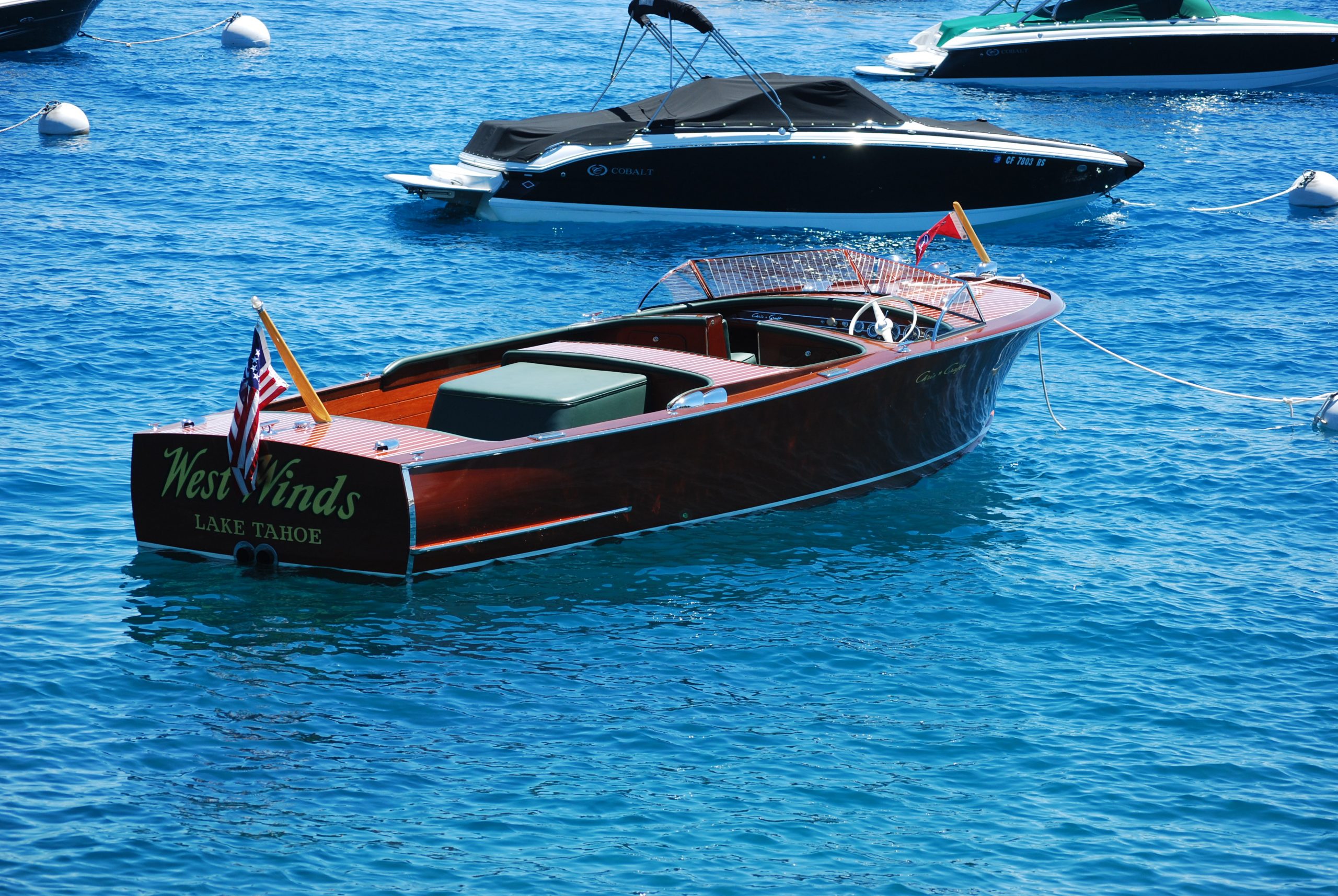 by David West member of the Northern California/Lake Tahoe chapter

West Winds, a 25′ Chris-Craft Sportsman, was manufactured and shipped from Chris-Craft on December 5, 1947, to Tahoe Boat Company. The hull card shows it was shipped without engine or propeller. At Tahoe Boat Company, Tahoe’s famed Dick Clark installed the Scripps Model 302 V-12 engine. It is extremely rare for a Chris-Craft to have a Scripps V-12 as it original power. The first owner was Rudolph Zimmerman of Tahoe’s West Shore and Tahoe Yacht Club commodore (1951-1952). Rudolph and wife Ruth combined their last name with the first two letters of her first name to give the boat the name ZIM-A-RU.

The boat’s second owner was Zimmerman’s friend, Howard Bloom. Howard named the boat Hobo, which was the combination of the first two letters of his name (HO) with the first two letters of the name Bob (BO), as in Bob Scherman, who was Howard’s brother-in-law. Beginning in the 50’s, Bloom kept the boat on Tahoe’s North Shore and towed countless youthful water skiers of the Lake Forest neighborhood, including the present owner’s older brother and cousins. Memories of Hobo have spawned legends passing through succeeding generations. In 1976, the boat was sold to Hobo Partnership and taken to South Lake Tahoe for continued enjoyment.

In June 2004, HOBO arrived back on the North Shore at Sierra Boat Company for disposition. Purchased in October of that year by David and Nancy West, the Sportsman remained warehoused until preservation/restoration began in the fall of 2005. The project at Sierra Boat Co. proceeded in successive stages under the direction of Pat Bagan, with Chris Brogna supervising the refinishing and Mike Boone attending to the mechanical work and rebuilding the Scripps V-12 engine. Upon completion, Hobo was renamed West Winds, the name of David’s California childhood home.

West Winds re-entered the water in June 2009, just in time for the 2009 Lake Tahoe Concours d’Elegance. Since then, she has been exhibited numerous times at the Tahoe Concours as well as at the 2016 ACBS International show, when it was given a Gold Award. But since 2009, West Winds has been enjoyed primarily as a “user boat” on Lake Tahoe … and will be for years to come.