The Journey of Shooting Star 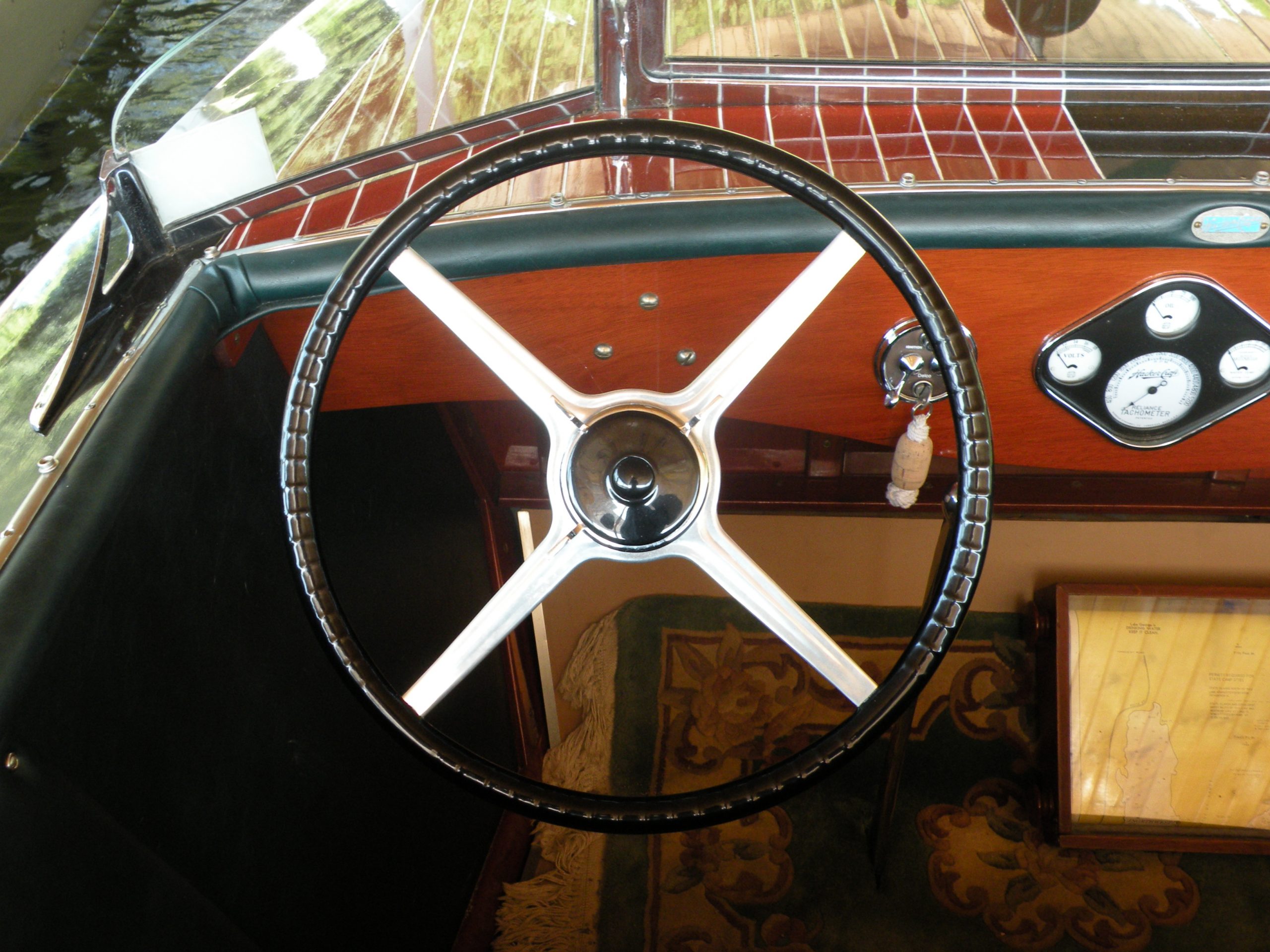 by Ed Becker member of the Adirondack chapter

Shooting Star, a 1930 Hacker 26 foot Runabout that I am honored to own has a long history of owners and repairs. She was purchased new by the Vanzandt family. They kept her at their summer home on Lake George. My interest in these historical wooden boats had grown over the years, along with my passion for the history of the Lake. Hence, in 1990, I joined the ACBS Adirondack chapter. After a lengthy hunt, I purchased her in the fall of 1991 from fellow ACBS member Chuck Schampier, who diligently “interviewed” me to be certain I would be a worthy steward!

He had her under a tarp with her chrome in a box with the original registration. Thus I was able to keep her 2 digit NY number. After putting her in my barn, I set about the project of restoring her. I sanded her down to bare wood, applied 12 coats of varnish, repainted the bottom and sent the chrome for refinish. I had been searching for original dash components for years, and in 2000 Bill Morgan called to tell me he had found a complete original set and gifted it to me! I then replaced the Steering wheel/column and built a new dash with clum switch, jeweled cigar lighter and gauge cluster from Bill.

She was equipped with a 409ci 290 hp when I purchased her. Morgan Marine replaced the engine with a 7.4 L/454 CID V8, refinished her and replaced her bottom in 2005. The next addition I made myself was a subpanel dash with a starter button, gas and depth gauges and bilge pump switch. This folds under the dash to look as original. The last refinish/repair was done by Sawmill Wooden Boatworks of Bolton Landing and she looks beautiful.
Shooting Star has appeared in many Lake George Rendezvous’, with multiple honors, including Dock Master’s, People’s and Exhibitor’s Choice as well as Best Antique and Honorable Mention. I have learned many things about her provenance from folks who recognized her, including her original name “Shooting Star”, which I gave back to her. She has remained on Lake George to this day.

Plans are underway to celebrate “Shooting Star’s” 90th Birthday this year! My wife Sally and I enjoy her all summer for regular shore cruises by day, and searching for her namesake, shooting stars by night.