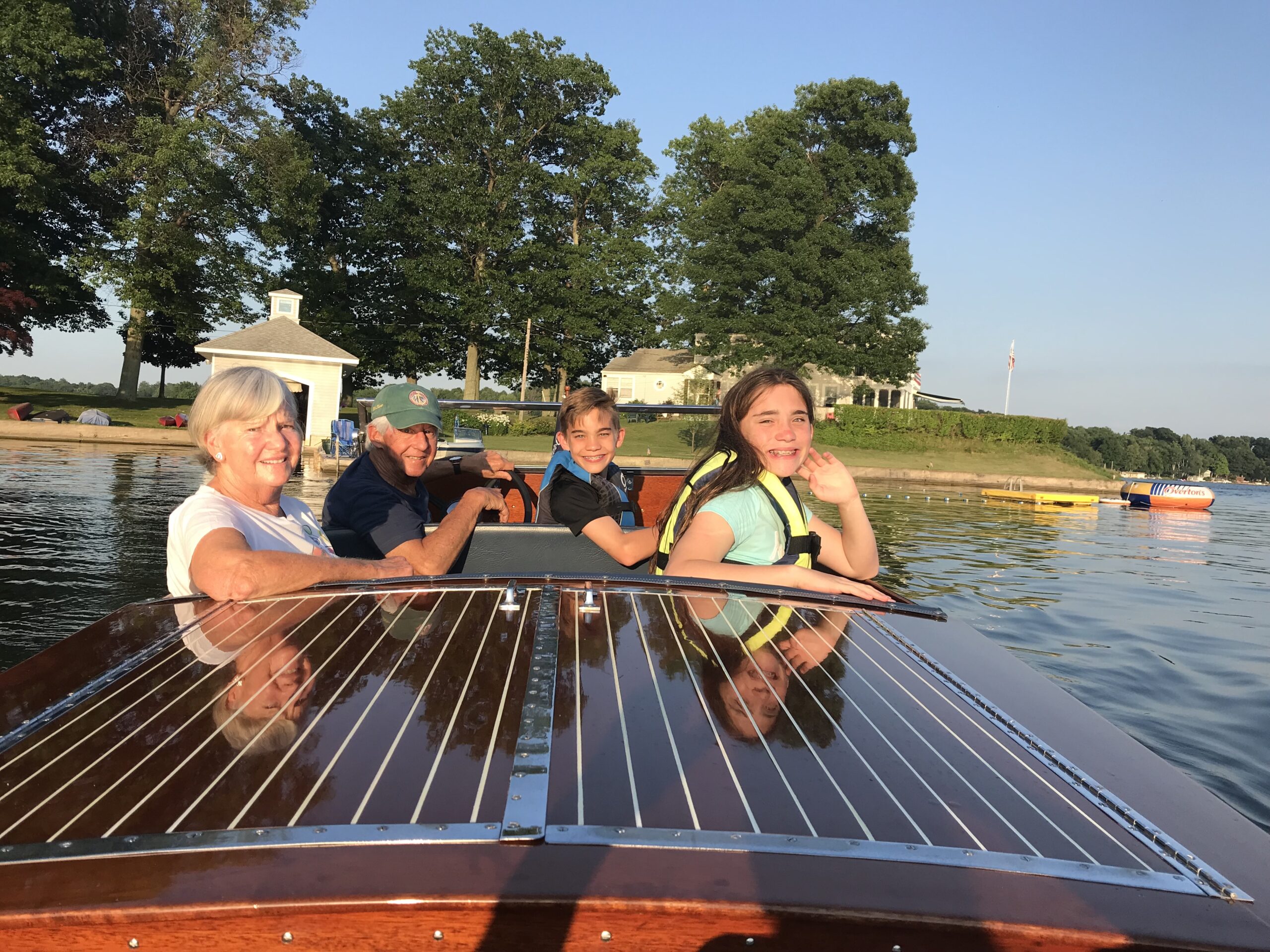 by Tom-Hanford member of the Finger Lakes chapter

The Lord Jeff is a 22’1928 Chris-Craft Cadet,hull #1491. The boat was purchased by my grandfather,Saxe Hanford and his sister,Josephine Hanford Arnot. It was named based on the nickname of Amherst College,the Lord Jeffs,after Major General Jeffery Amherst,British commander in the French and Indian War.At the time two generations of family had attended Amherst.

The Saxe-Hanford-Arnot family has had a summer home on Summerland Island,about 3 miles downriver from Alexandria Bay,since 1871.The Lord Jeff has never been a “show boat” but rather a “user boat”. As such over the years it has hit shoals,breakwalls,river debris,ran a bit of booze during the later stages of Prohibition and taught a generation of extended family members to water ski.As other boats were acquired the Lord Jeff became surplus and was sold in 1973.It showed its’ years of hard and faithful service.

Steve Giovannetti,a Fair Haven NY resident and lover of wood boats,acquired the Lord Jeff in 1980.He initiated restoration and changed her name to “Sure Cure”.In 1995 he changed back to Lord Jeff,leading me to realize that the boat I had been seeing in Fair Haven,where my family maintained a summer home,was indeed the old family craft.That summer Steve graciously took my parents,aunts and uncles on a ride in the Lord Jeff.It was the first that all of that generation had been in the boat at the same time in 50 years.

Tragically,Steve died in 1996.The Lord Jeff was laid up until July 1998,when I purchased her from the estate,bringing her back to the family after a 25 year hiatus.The Lord Jeff remains a “use boat”.It is now providing the same great pleasure to the sixth generation of family members as it did from the moment it was delivered to Summerland Island in May 1928.

We celebrated the Lord Jeff’s Diamond Anniversary in 2003 and eagerly await the Centennial in 2028.