By Mark Moulton, member of the Water Wonderland Chapter

The Mary T. II has been a passion of mine since the age of thirteen. Originally named Amy, I am the third owner of the 89-year old boat. She was built in October 1929, just as the Stock market crashed, and the production of new Hacker Craft dwindled. Little is known about her first owner.

Shaw Walker purchased the Amy in the 1950s and hid her away from the harmful Michigan elements in a boathouse on Muskegon lake. As an adolescent in the late 70’s, I befriended Walker’s eldest son and have fond memories of cruises on Bear and Muskegon lakes. I even water skied behind her on a few occasions! Her beauty and grace were very apparent to me even as a child. My exposure to this vessel cemented my passion for antique recreational boats.

Shaw had a collection of antique boats that were meticulously cared for by Art Curow. Art had a love affair with Michigan summers and was an avid boater. He cared lovingly for the boats as if they were his own. For over 30 years, he personally maintained every aspect of the Amy, from engine maintenance to varnishing. Unfortunately, as Mr. Walker’s health declined, his interest in the collection declined as well. The Amy sat unused for over twelve years.

In 2009, after Mr. Walker’s passing, I purchased the collection of boats from the Walker family, promising them I would keep the collection together. Art returned to help maintain the boats much as he had in prior decades. Art and I shared a deep passion for both the boat collection and Michigan summers, and he grew into a treasured friend and mentor. A year after I purchased the Amy, we realized she needed a new bottom. I made the decision to pull her from use. At the same time, Art’s health took a drastic turn. For the next 3 years, Art continued to care for the boats despite chemotherapy and a bone marrow transplant. I believe his passion for these boats motivated him to keep fighting. Art passed prior to the completion of Amy’s restoration.

Restoration was completed in August 2018 by Kyle Barton of Barton Boatworks in Holland, Michigan. Kyle has an incredible eye for detail and his work is meticulous. Upon completion, I renamed the boat after my wife, Mary. After all, my favorite boat should pay homage to my favorite gal! I believe the Mary T. II is the most original Hackercraft in existence today. With the exception of the 5200 bottom, all of the wood, the engine, and the German silver hardware are original to the boat. I look forward to using the Mary T. II with my family for years to come. I am humbled to be in the company of Shaw Walker and Art Curow, as I become the next generation to assume stewardship of this beautiful craft. 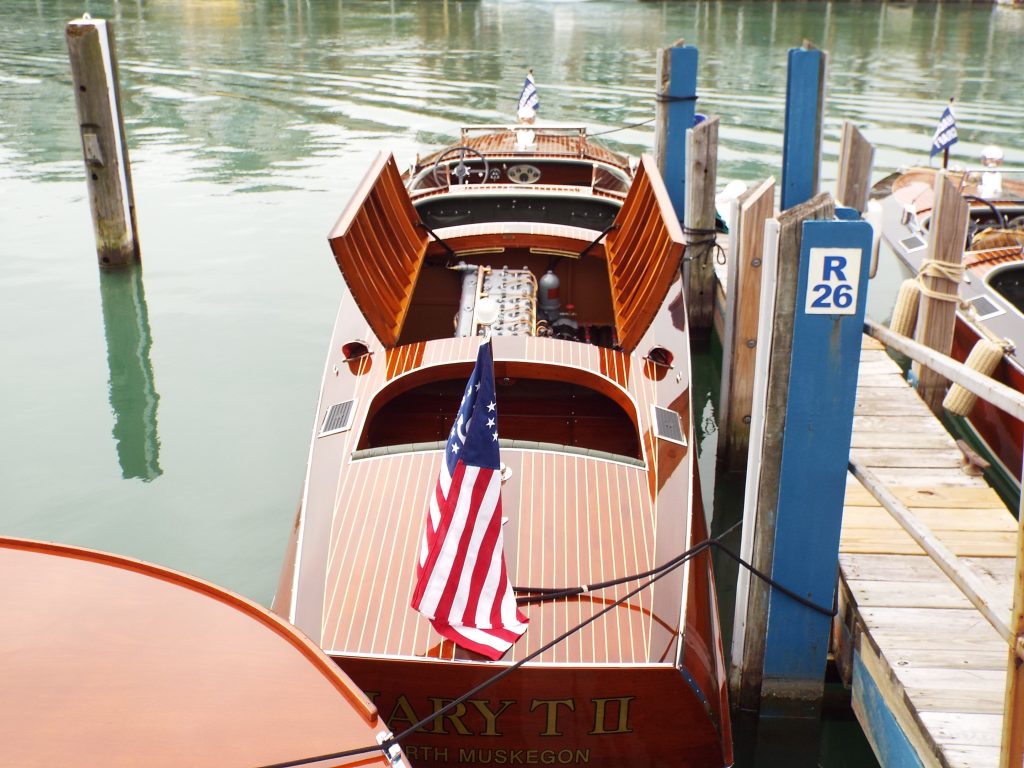