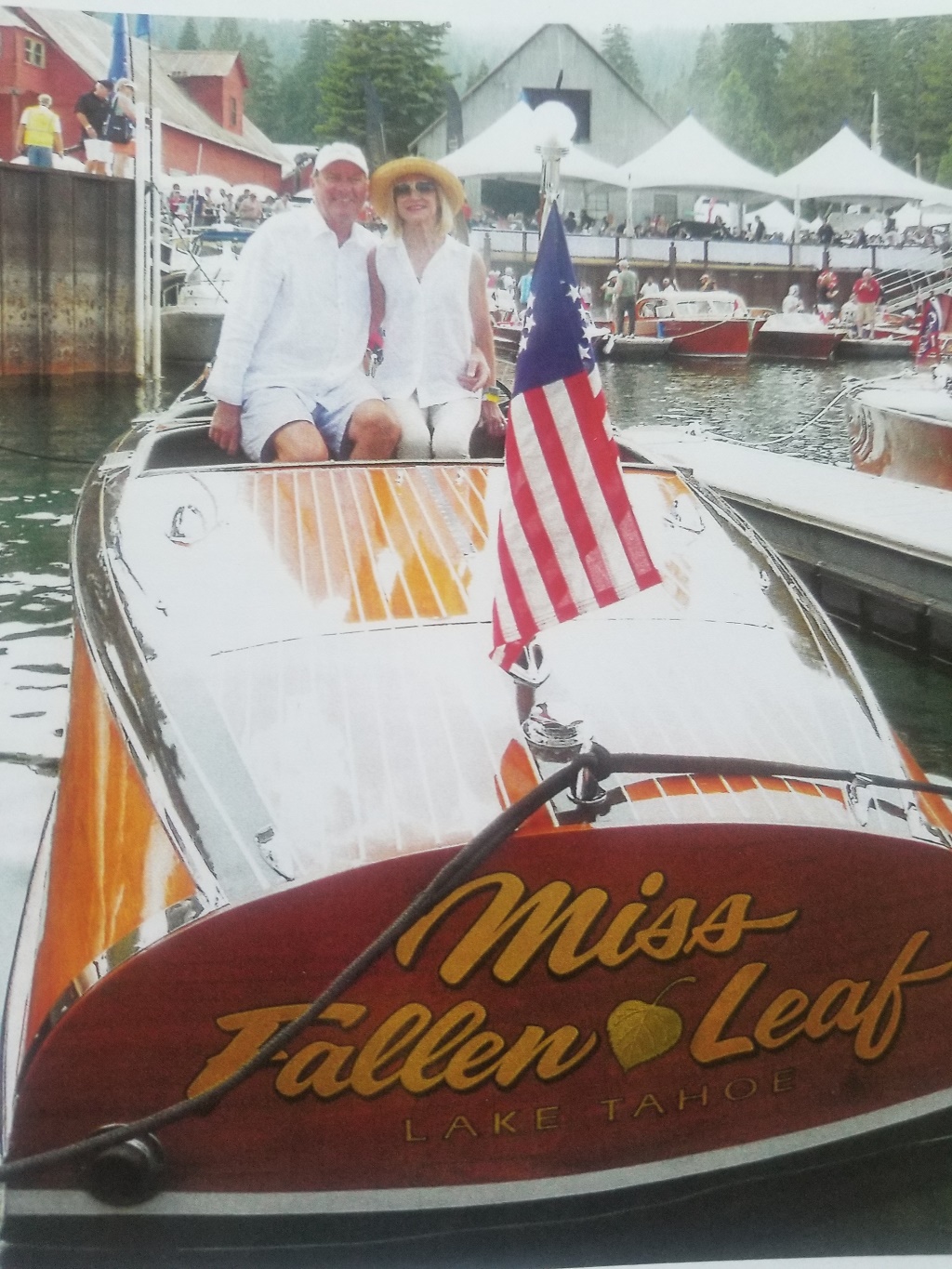 Christine and John Sturgess fulfilled a dream when they acquired Miss Fallen Leaf, a 1941 Chris-Craft 17-foot Deluxe Barrel-Back Runabout. John had wanted a boat for over 25 years when he first saw classic runabouts on Lake Tahoe. When Christi was a child, she and her parents vacationed at Fallen Leaf Lake on the southwest shore of Lake Tahoe.

John discovered Miss Fallen Leaf, with Lake Tahoe as her hailing port, in Newport Beach, California four years ago. The boat previously won awards in classic wooden boat shows in Lake Tahoe, Lake Arrowhead, and in wooden boat shows all across the county. Destiny played its part in their decision to become proud owners of this stunning and historical vessel.

Miss Fallen Leaf was built inside the Chris-Craft Algonac, Michigan manufacturing plant. She was first bought by and shipped to Edmond Howell in Lancaster, Pennsylvania.

Several years later Miss Fallen Leaf crossed the United States and into the Sacramento Valley in California, where she was later discovered inside a warehouse.

In 1998, Don Veihmeyer, a prominent classic boat shipwright, was commissioned to conduct a full-boat restoration. Miss Fallen Leaf was restored to her original specifications, utilizing over 90% of her original mahogany planking and oak framing.

Christi and John are the fourth owners and they decided to make Miss Fallen Leaf’s home at Homewood Marina on the west shore of Lake Tahoe. In Roughing It, Mark Twain said upon seeing Lake Tahoe, “…it must surely be the fairest picture the whole earth affords.”

In August of 2016, Christi and John’s Chris-Craft was accepted into the 43rd Annual Lake Tahoe Concours d’Elegance, Miss Fallen Leaf had to qualify to participate in this event and her owners were delighted when she received second place in Class III for Pre-war Runabouts under 23 feet. John said he felt like a celebrity as people were taking pictures, cheering and making comments about Miss Fallen Leaf.

One of their most memorable times was the maiden voyage cruise around Lake Tahoe. John was wondering what they might do later that day and Christi said, “Let’s celebrate with a champagne christening!” John shared something special that Christi said that moved him. “I could sit here on this boat for hours,” she said.