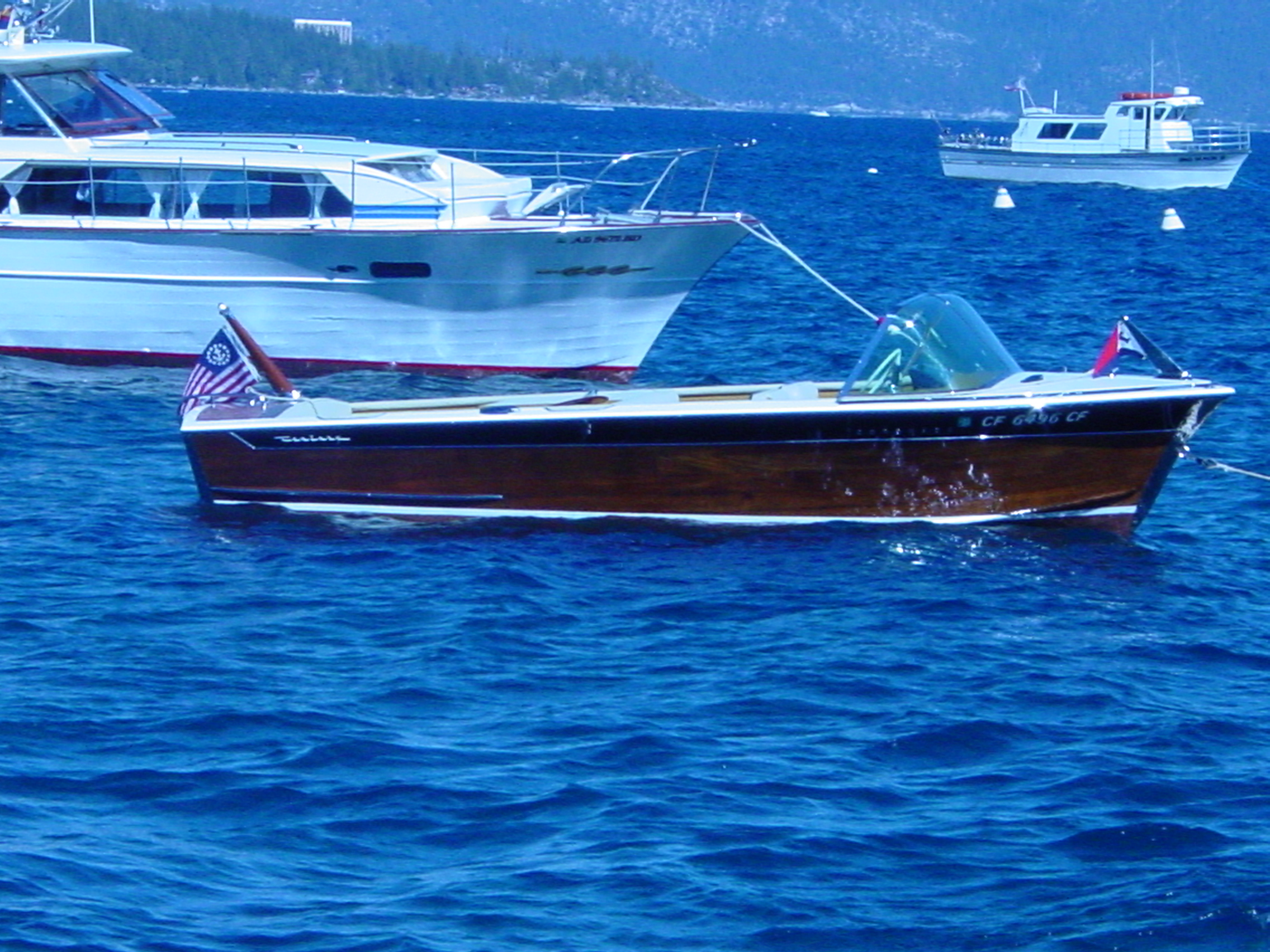 By Paul Cunha member of the Northern California/Lake Tahoe chapters

It all started the summer of 1996 in a conversation with Bill Shephard at the Tahoe Yacht Club Concours D Elegance. I was telling him that my 1956 Tollycraft was too small for the Lake, especially when the afternoon wind comes up and with two small children, it just wasn’t safe. He remarked almost offhandedly that he had a 1963 Century Coronado in a warehouse in the Bay Area. What could be better than the Suburban of wood boats?

I had grown up visiting Tahoe and riding in Coronados just about all my life. I went to see the boat with a brother in law and we discovered that it had the very rare 426ci Chrysler wedge-head motor with the two 4bbl carbs. I’m told that Century didn’t like to deliver a boat with that much engine to most of the country but did so as Tahoe is at 6,200 feet above sea level.

Herb Hall of Sierra Boat found the paperwork in the attic files from the original sale in August of 1963 when the boat sold for a little over $8,000, a princely sum in those days. Bill and I struck a deal and a cosmetic restoration began assisted by Chris Brogna, then the head finisher, now general manager at Sierra Boat in Carnelian Bay. Through blind luck I was able to locate the original owner’s son who had family photos of the boat, taken during its first season. Anyone who has restored a boat will tell you that saves a tremendous amount of time to have photo documentation.

I set up a shop area in our warehouse in Roseville and working nights by myself and weekends with Chris, we refinished the entire boat, inside and out. Because it had only been kept on Lake Tahoe there was only a spoonful of dry rot at the rudder. It had the original bottom, so it had to be swelled every spring and kept on the lake for the season. I purchased an A&A Marine interior and had all the chrome done. I like open boats, so I stored the T-top roof and its parts.

It was a great family boat as we could take two families and all the water toys out for a day on the Lake with plenty of room and horsepower. Sadly, the bottom has reached the point of needing a replacement, so it awaits the next chapter in its life.