The Return Of Bootlegger 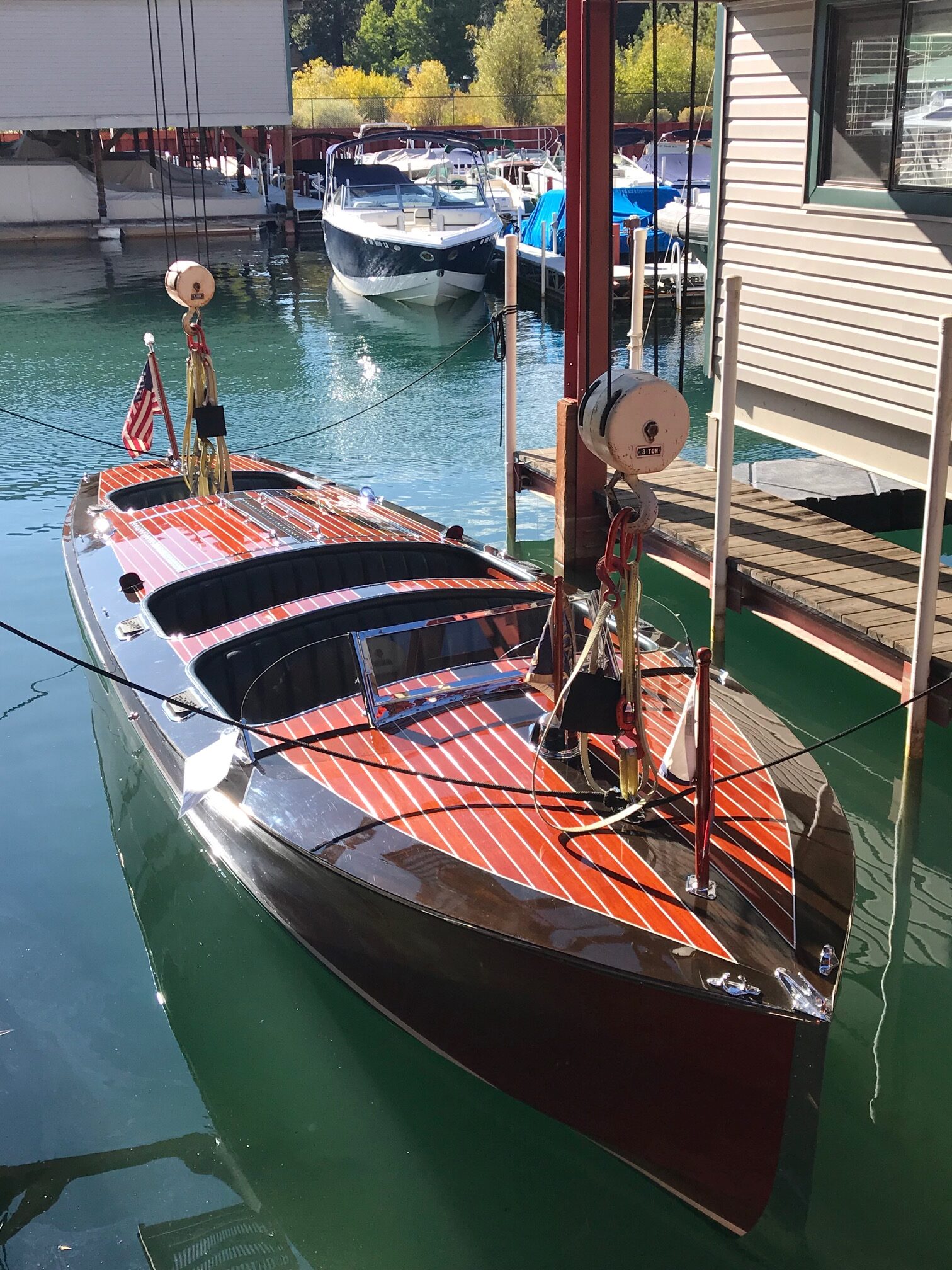 The year was 1982. My wife Sue Ahlcrona and I had a 22’, 1948 Chris-Craft utility that we used on White Bear Lake, Minnesota. We also had a six-month-old son, who was our first child. As a young lawyer I did not have much extra money and any repairs or maintenance of the Chris Craft had to occur with my hands in my backyard. I soon realized that it was either the Chris-Craft or my son. I decided to keep my son.

I vowed that “someday” I would again own an old woody. Fast forward a few decades: My wife and I became empty-nesters, we have five grandchildren, and I have enough money to afford an old wooden boat.

Last September and after a couple of years of research and false starts, I finally honed in on a 1937 HackerCraft that was for sale by Sierra Boat at Lake Tahoe.

I contacted Herb Hall, and I quickly realized that this was a very unique boat that had been totally and professionally restored. The restoration was done by Northwest Classic Boats on behalf of Stuart Johnston, a Seattle resident. I also fell in love with the totally restored 1937 Scripps engine. A former owner, Terry Clapham, had even obtained two 1930s Scripps manuals from the Henry Ford Museum and Research Center.

The name of the boat is Bootlegger. Although the boat was lovingly owned by the former owners, it has not seen water for quite a while. With the help of Herb, Dave Bortner, and John Freeman, Bootlegger was transported from Lake Tahoe to Minneapolis.

I quickly dropped the idea of changing the name of the boat.

Except for bringing the fuel pump and fuel lines into a safer condition, Bootlegger is ready for its inaugural launch on White Bear Lake which is a beautiful clear lake located less than an hour north east of Minneapolis. My wife and I have lived on White Bear Lake for over 40 years and we are very excited about cruising regularly with Bootlegger. Oh, and also with my first son and other children and grandchildren.