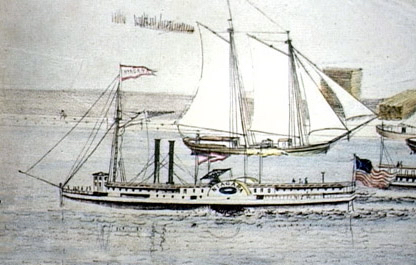 A mile or so upriver from Clayton, New York,  lies the 1851 wreckage of the sailing yacht JANET. It remains the largest single loss of life in the history of Wolfe Island, Ontario in the St. Lawrence River. Here is her story. 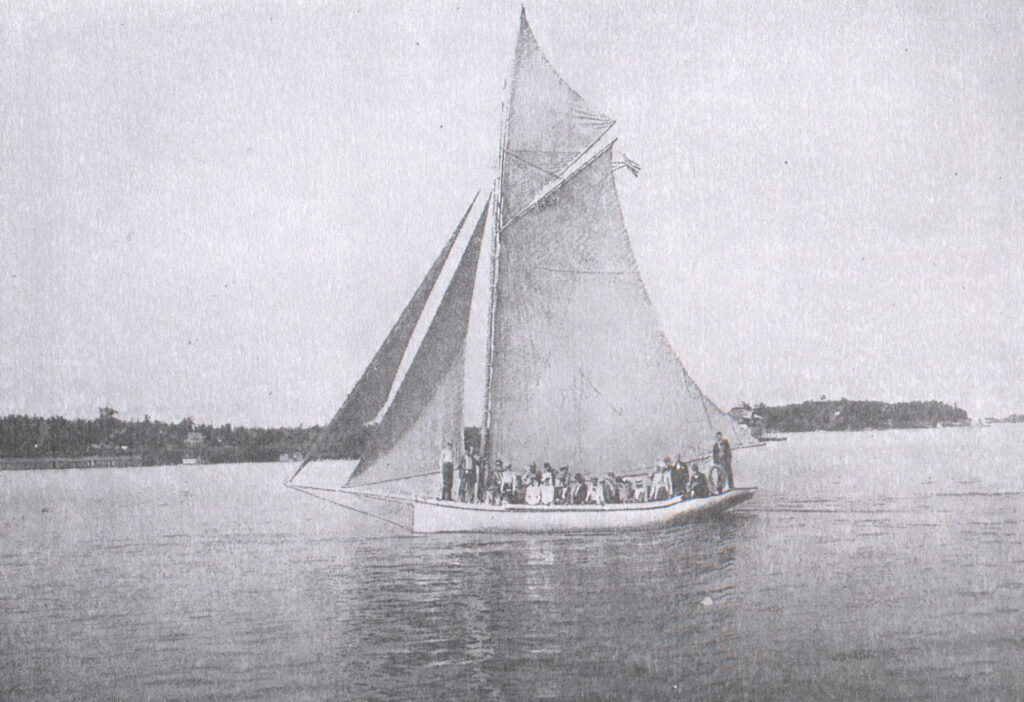 In 1851 Mr. D. B. Jenkins, a Kingston sailmaker, invited a group of Kingston’s elite to join him on his new racing yacht for an excursion to Clayton, New York. She had been built by Captain Simon G. Johnston, from ‘A Souvenir of the 1000 Islands and St. Lawrence River.”

According to Mr. Jenkins, she had a 40-foot keel, 12-foot beam, and about 7 tons of ballast in her. “She left Kingston with a party of 35 men and women on board, bound for Clayton; they stopped at the foot of Wolfe Island and had a shore dinner, then started for Clayton; but when they got over to the American channel a white squall struck the yacht which knocked her on her beam’s end.”

JANET’s cockpit filled with water and most of the men and women were thrown into the mainsail. “Captain Hiram Hitchcock was her master, and he called out to ‘let go her jib sheet’  but someone let go the mainsail instead.” This let main boom drag and kept her on her side. As the cockpit was water-tight, they thought she right as soon as the squall was over. But someone had previously taken out the valve to pump her out and neglected to put it back. JANET filled slowly and sank in 40-feet of water. “There were 19 drowned, 17 women and 2 men, all from Kingston,” said Jenkins. “Many of them I knew.”

An American steamer, the NIAGARA recovered four bodies and rescued Captain Gaskin who lost his wife, sisters, nephew and niece. Early the next day, Gildersleeve sent the British steamship PRINCE OF WALES to assist in the recovery of the bodies, the steamer returned to Kingston that afternoon with eight more bodies on her decks. By August 20th. the last of the victims had been recovered and laid to rest.

Seven survived the sinking by clinging to the 6-feet of mast that wasn’t submerged. Nine swam to shore, and two small craft from Wolfe Island reached the scene within 20 minutes and rescued those still the in the river. 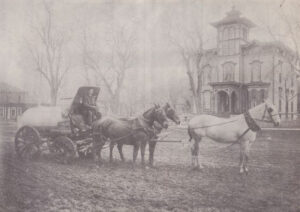 At the Coroner’s Inquest, The Whig of August 18 reported a great many witnesses with little discrepancy in evidence. Alexander Philips (a survivor) said the JANET was ‘overmasted, over-sparred and over-sailed. Henry Johnson a musician, said she sank stern foremost in 3 or 4 minutes and it was 15 to 20 minutes before the first rescue boat came from Wolfe Island appeared on scene. Captain Simon Johnson who built the JANET said ‘she was safe for what she was built for’ and that 35 aboard was too many, making her unmanageable.

The jury, in addition to the verdict of death by drowning, said they were ‘of the opinion, unanimously, that Yachts of the description of the JANET are unfit for pleasure excursions.’ 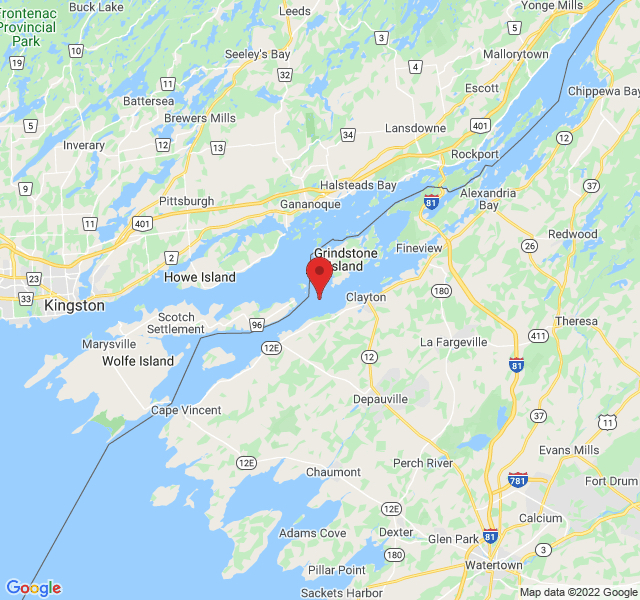 The exact location of the JANET wreck site is unknown, it is described as being halfway between the between the Foot of Wolfe Island and Clayton New York. Side scans show wreckage off Blanket Island, the identity of which is a possibility though unconfirmed. It was also common practice that the wreck was salvaged, a common practice in that era.

The JANET was purpose built to race (not a pleasure craft) with a crew of five.

In 1851 though some people were swimming and there were swimming clubs in Toronto and Ottawa, in general, most people couldn’t swim. Also, though the cork lifejacket had been invented, they weren’t required on ships by law until 1913 (the year after the Titanic sinking).

The cruise was a much-anticipated social event. Therefore the passengers, especially the ladies, were formally attired. When the JANET sank, their clothing became sodden. This no doubt contributed to their struggle to survive. Although there is no written account, one might assume that ladies being thrown into the mainsail also were struck by the boom, at the least leaving them dazed and confused.

Some eight years after the disaster, Captain Hitchcock was still piloting excursions. Although to be fair, the practice of overloading watercraft continued well into the next century

By today’s standards, having 35 people aboard a watercraft designed for 5 defines disaster.

The Maritime Museum of the Great Lakes Kingston