The Sketchy Process Was Working 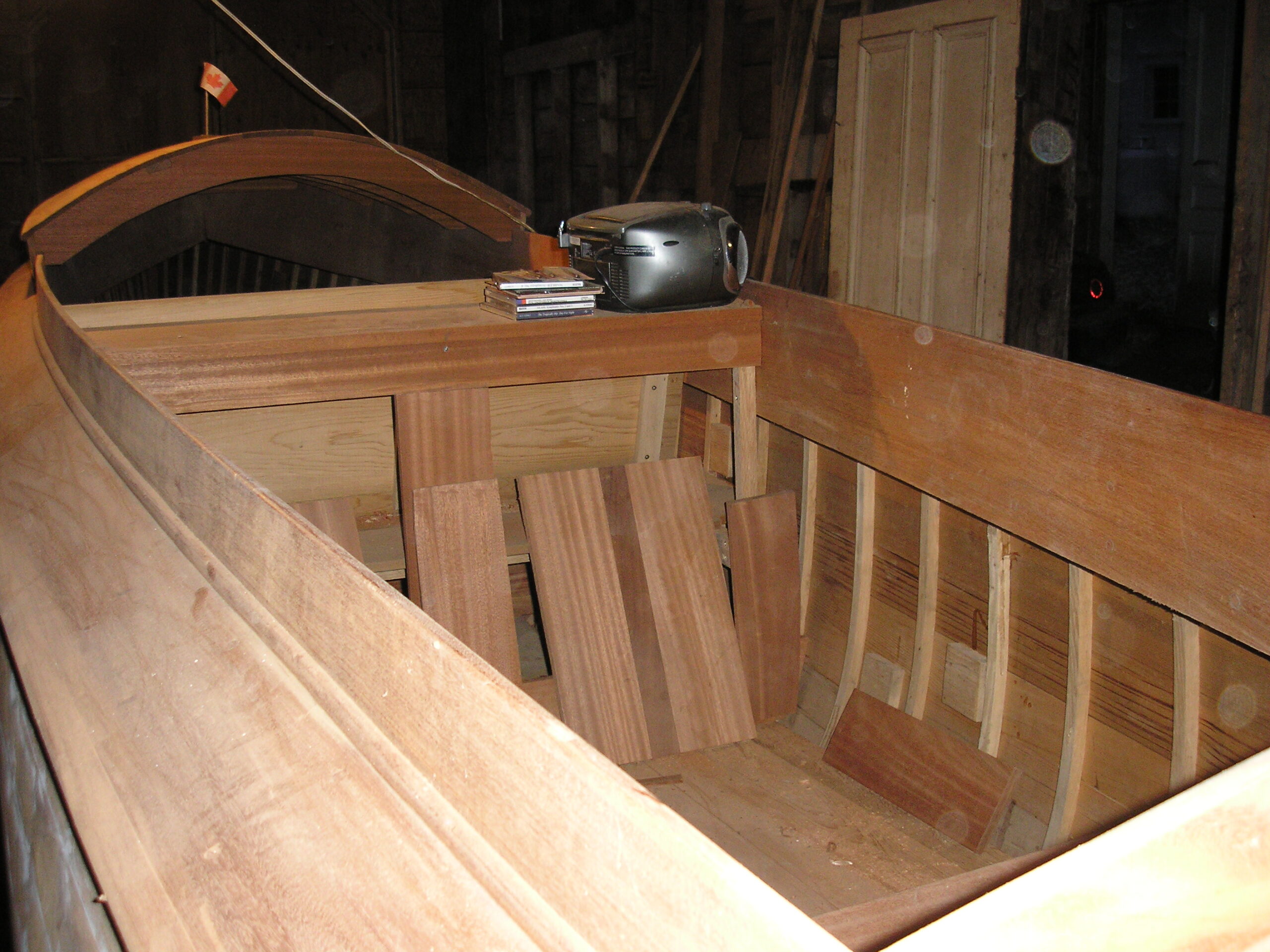 by Stephen Fox member of the Manotick chapter

I like old launches. Really old launches. The ones that frequently show up on retro covers of Rudder but are rarely seen at boat shows or anywhere else. These are the high-speed long deck launches built between 1902 and 1911. The are round hulled displacement boats, between 24 and 32 feet long and usually no more than 4-5 feet beam. They rarely go faster than 30mph and if they do they try to become a runabout, usually with disturbing results. There are 14 such craft listed in the ACBS directory.

Bronte is one of the 3 such launches I own. It was built by the Gilbert Boat Works in 1911. It is 24′ long and 4′ wide. It was owned by a family who used it to travel to their cottage on Tidd’s Island, near Gananoque, Ontario. It was a faithful retainer until great age and opening seams resulted in it being hauled up on land in 1950. It spent the next 50 some years crumbling in the open air.

I found out about the boat from an offhand comment about a wreck of an old Gilbert launch in a flower garden. There are shiny boats and brown boats and grey boats. This was a green boat, with the wood being progressively eaten by moss and other vegetation. I bought the earthly remains for $50 and brought the pieces home and stretched them over a mold and took a determined if non-committal approach and attempted to reconstruct the hull. Once I realized this very sketchy process was working, I decided to finish the deck and rebuild the interior, based on the Gilbert plans and various photographs of similar boats. Short in the saying, long in the doing with a ten-year break for other projects.

Like almost all launches of the period, the hull is planked in cedar, the ribs and keel and stem are white oak and the deck and interior work is mahogany, except for the floorboards, which are also cedar. The hull and interior is now complete and all the hardware is attached. The boat is currently awaiting an engine.

I found out about the name and history by accident. The original hull had a faint outline of B-R-O__-T-E. The name made no sense until a few years ago I went on a tour of the old cottages on Tidd’s Island. There was a photo from 1916 of the boat on the cover of the tour handout, the name “Bronte” clearly visible near the bow.