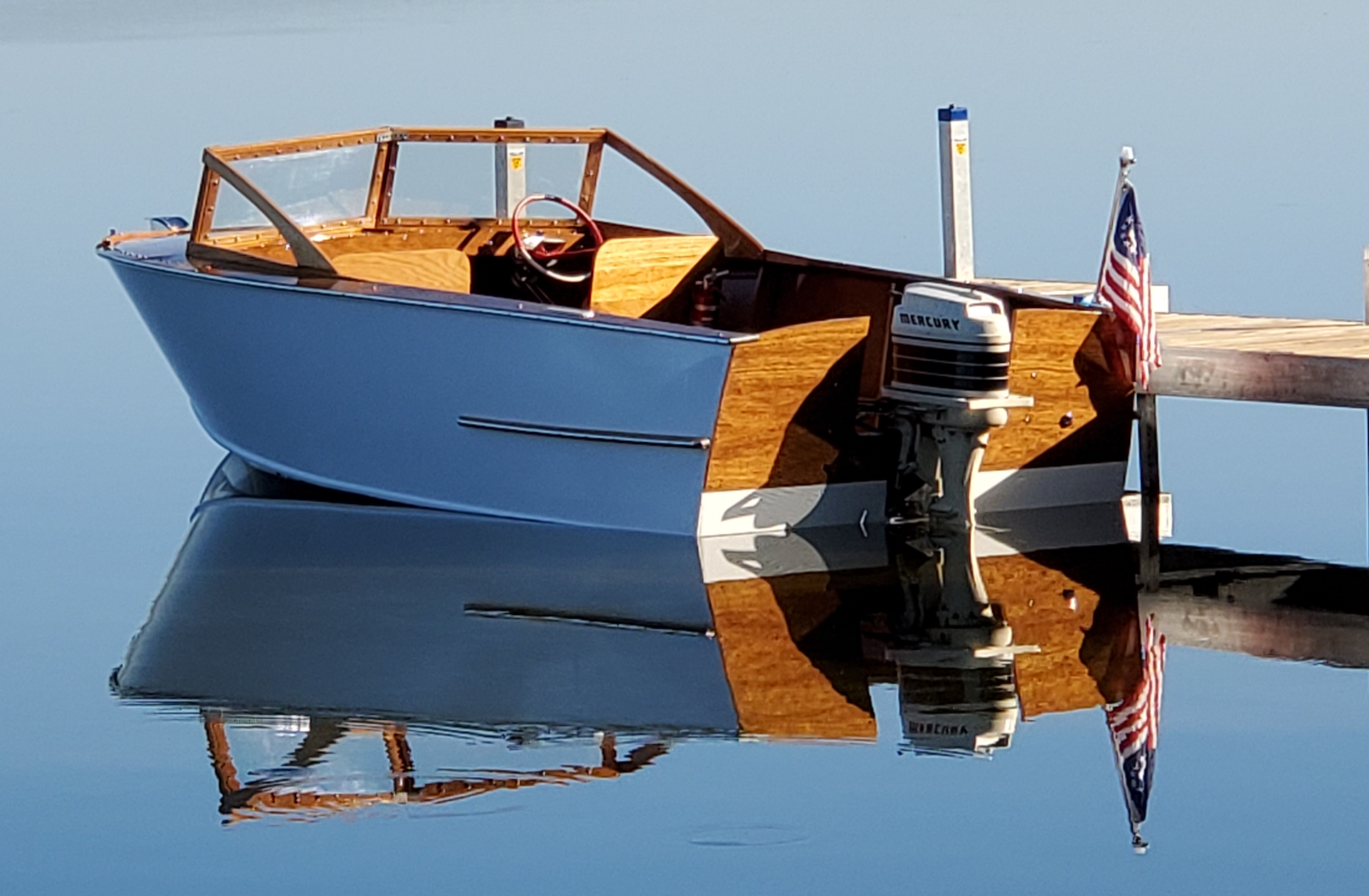 During the winter of 1956-57, Gene Bartachek saw a Taft Marine Woodcraft kit boat ad in one of his favorite mechanics magazine. He requested their brochure and shortly afterwards ordered the Model 950, 18 ft. Offshore Cruiser. The price was $399 including shipping, minus the accessories. This model was on the cover of Taft’s 1957 catalog. He built this boat 1957-58 on the family farm located near Brooklyn, Iowa. Throughout the 60’s the family enjoyed boating on the Mississippi River by Guttenburg and at Holiday Lake, which was only a few miles from their home. For the rest of the years, the boat was covered and stored in a machine shed. The original Mercury Mark 55 was replaced in 1960 with a Merc300.

Also during the 60s, Gene started a tradition of taking his family to Cass Lake, MN, one which continues today with his wife, 2 sons, 4 daughters and their families. Surprisingly, the Taft was never taken to Cass Lake. How did Diane and I end up with this boat? My wife Diane is Gene’s oldest daughter. In 2015, Gene asked if I would fix the boat up so we could take it to Cass Lake the next year. Diane and I had been pulling our 15’ Chris Craft Cavalier to Cass Lake since 2005. However not being able to carry more than 4 adults in the Chris Craft, we thought it would be nice to have a larger boat with room for more of the family. So of course I said yes. Not being able to see the real condition of the boat, I thought sanding the whole thing down to bare wood, new paint and several coats of varnish would be all that was needed. 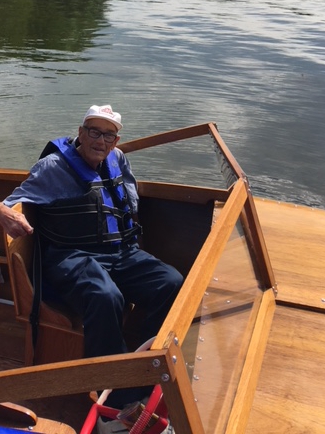 Was I ever wrong. Gene, his 2 sons, a son in-law and I, all pitched in and started work on the boat after the family vacation. We sanded the whole boat down to bare wood. The majority of the side and bottom screws were replaced with silicone bronze screws. The wood was sealed and painted or varnished. The deck screws were replaced with new stainless-steel screws. The original wiring was replaced with marine grade and a fuse block was added. During restoration, I wanted to keep the boat as close as possible to how Gene originally built it without any modifications. At Gene’s request, I added a seat to match the helmsman, and at my request, installed a bilge pump. All the deck hardware cleaned up well enough re-chroming was not required. The Holzclaw trailer Gene purchased and also assembled, received new tires, wiring, bearings, and seals. A member of the local Antique Outboard Motor Club helped to get the Merc300 running again. I was driving 120 miles round trip from Cedar Rapids to Brooklyn, IA on the weekends to work on the boat and it took longer than expected to finish. Unfortunately, we were unable to have the boat ready in time for the next year’s vacation. In 2017, the last trip Gene was able to make to Cass Lake, he once again rode in the boat he had built 60 years earlier. We continue to take the Taft to Cass Lake every year for the family to enjoy, especially Diane’s mother, who still enjoys riding in the boat at 87 years old. 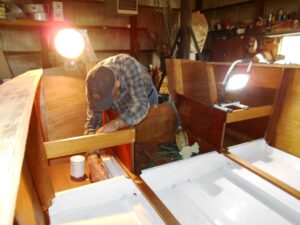 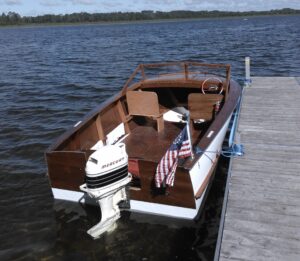