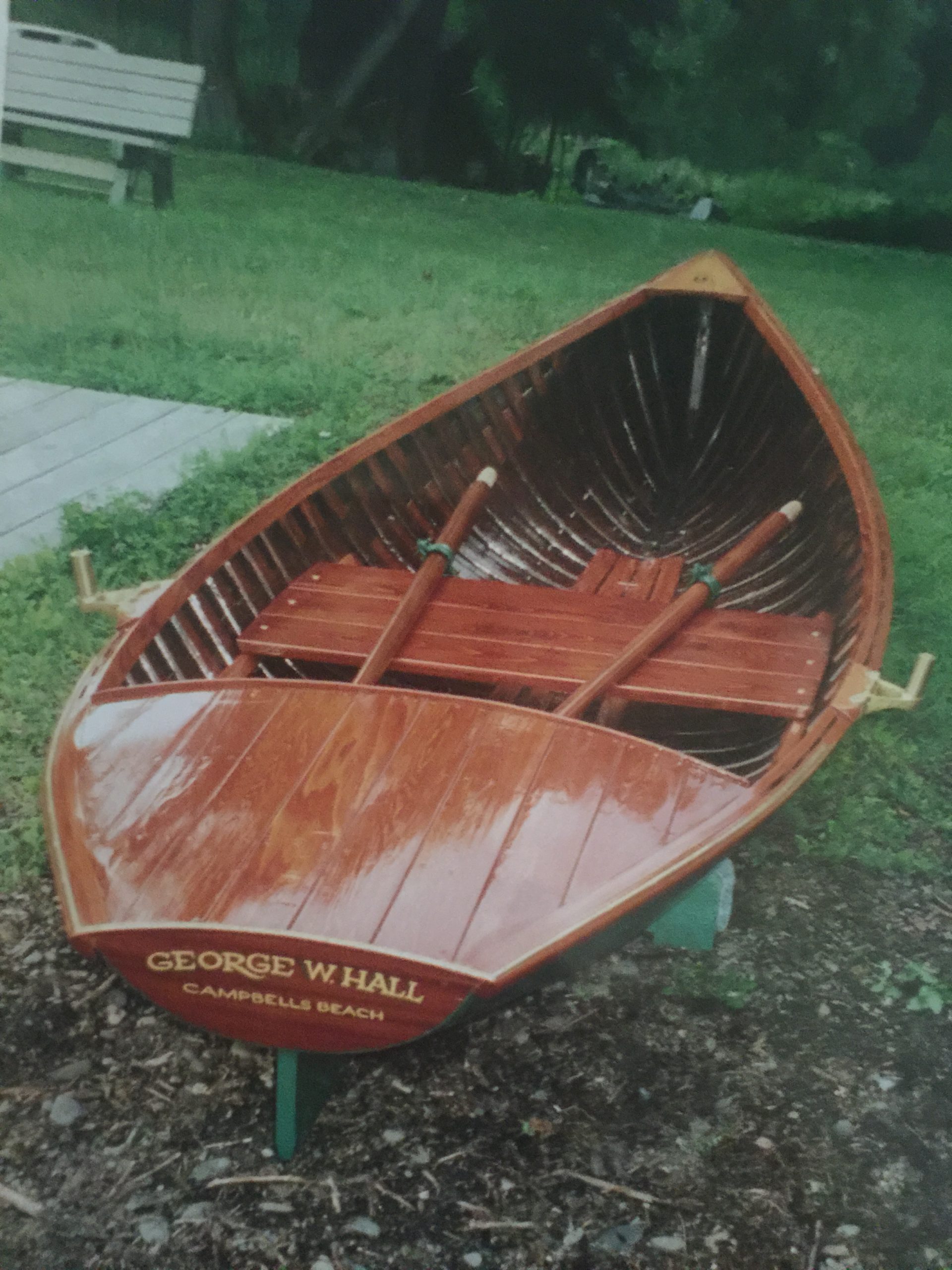 By Ted Hall member of the Wine Country chapter

My Great Grandfather, George W. Hall built approximately 40+ boats in the 1920’s and 30’s on Keuka Lake, in Branchport, NY. He and his wife, Carrie Campbell operated Campbell’s Beach with cottages for rent and George Hall “trout boats” for each cottage. Campbell’s Beach today is known as Camp Good Days, a wellness camp for families recovering or being treated for cancer. George Hall’s barn where he built his boats is still used by the camp.

There is an advertisement from 1935 that was done by Ralph T. Hall, one of George’s sons. Ralph later became the art director in 1940 for the Glenn Curtis Mercury Aircraft in Hammondsport. Ralph also did oil paintings and silk screen plaques of the steam boats on Keuka Lake. His artwork is still present, on display at the Finger Lakes Boating Museum, and in demand in the Finger Lake’s.

George Hall is recognized along with other boat builders at the Finger Lakes Boating Museum in Hammondsport. The “Trout Boat” rowboat was the style of boat he mainly built. He along with several other boat builders around Keuka Lake concentrated on building that type of boat. Our family does not have any existing boat that he built, with exception of a model sailboat and the front of “Trout boat” #41 that is on display at the Finger Lakes Boating Museum. My father, the late Harry Hall restored #41 in 1974 in Ohio, but by 2000 the boat had deteriorated to just pieces.

Our family has been on Keuka Lake for 5 generations and I have been there 60 of my past 65 years. We still have at the family cottage my Great Grandfather’s 1927 Penn “Trout Boat” that I use each summer. We try to spend as much time as we can at Keuka Lake in the spring, summer and fall and enjoy the history of our family and boating.

Last July, 22 North Coast Ohio members with their boats, traveled to the Wine Country Boat Show and I was so pleased to have that turnout to experience the show and area. We all also witnessed just approximately 25 yards offshore the unfortunate explosion of the Sheppard inboard and rescue.