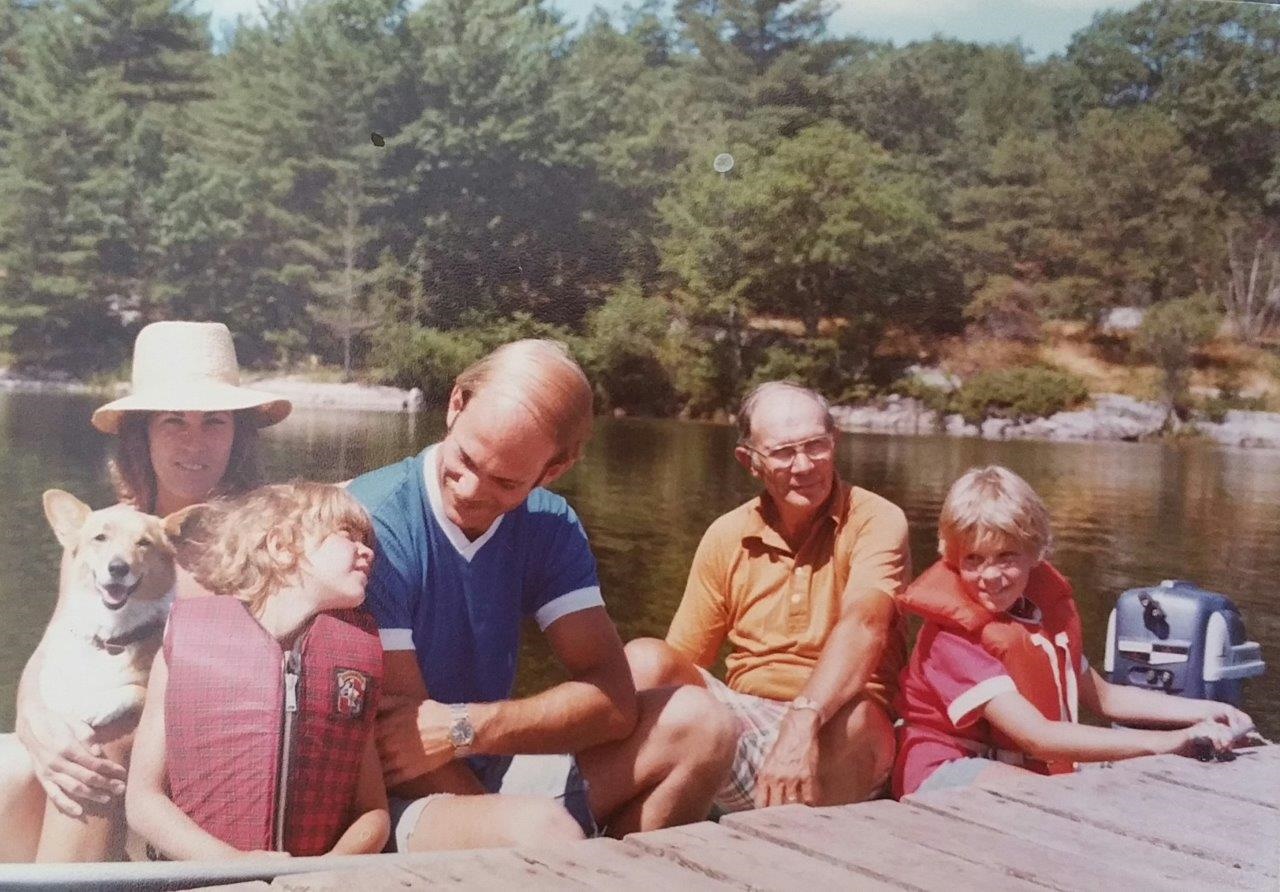 By Domenica Burns member of the Wine Country chapter

My dad grew up with an appreciation of wooden boats. This later became a love because it had been associated with influential people such as grandparents, parents, family & friends and full of good memories.

As life carried on, opportunity to dabble in restoration came with the purchase of, at the time a rather rough version, of the 1959 Century Resorter 19′. It was 1983 and it started its revival in our garage at our Hamburg, NY address. The visits to marinas increased along with meeting some new interesting folks whom all seemed to have the craziest stories to share. More so we became the opportune candidates to carry on the information they didn’t want to lose forever.

So after work or weekends, those were the times our Century received attention. It was mainly my dad, but my brother could be found with a sander in his hands from time to time or my grandpa with a helping hand especially with electrical. My sister and I would supervise since we were a bit younger. Although, you can never have too many hands when it comes to sanding, so now and then we were able to help with that.

First impressions were optimistic even though I don’t remember seeing a stitch of chrome, other than the stern light holder, some on the dash instruments and oh, we had the steering wheel! Each board was inspected and many repaired or replaced. The African Mahogany was expensive but a fair price at the time compared to recently. We learned how to make our own steam box so the new boards could be properly bent. Any piece that was replaced was also used as a pattern. My dad labelled everything, and to this day I am so grateful as I sift through old boxes of parts, some needed for updates and maintenance.

Local workshops were invaluable to beginner boat builders. Meeting the people that instruct and take part…priceless. Many of these people are still friends and connections today. The people who had already built or restored their own “woody” projects had great resources to share. It was like finding clues to a treasure when coming across original materials that matched up with our specific boat.

Many planks were replaced, that also would include the rising or frame in some spots. There were new patterns made for some of the ribs or frame pieces that had gotten soft and “punky”. The first restoration we embarked on with this boat did include a new keel and most of the bottom boards. It has since had one more replaced bottom that was done in 2016, so we had many years with the first restoration.