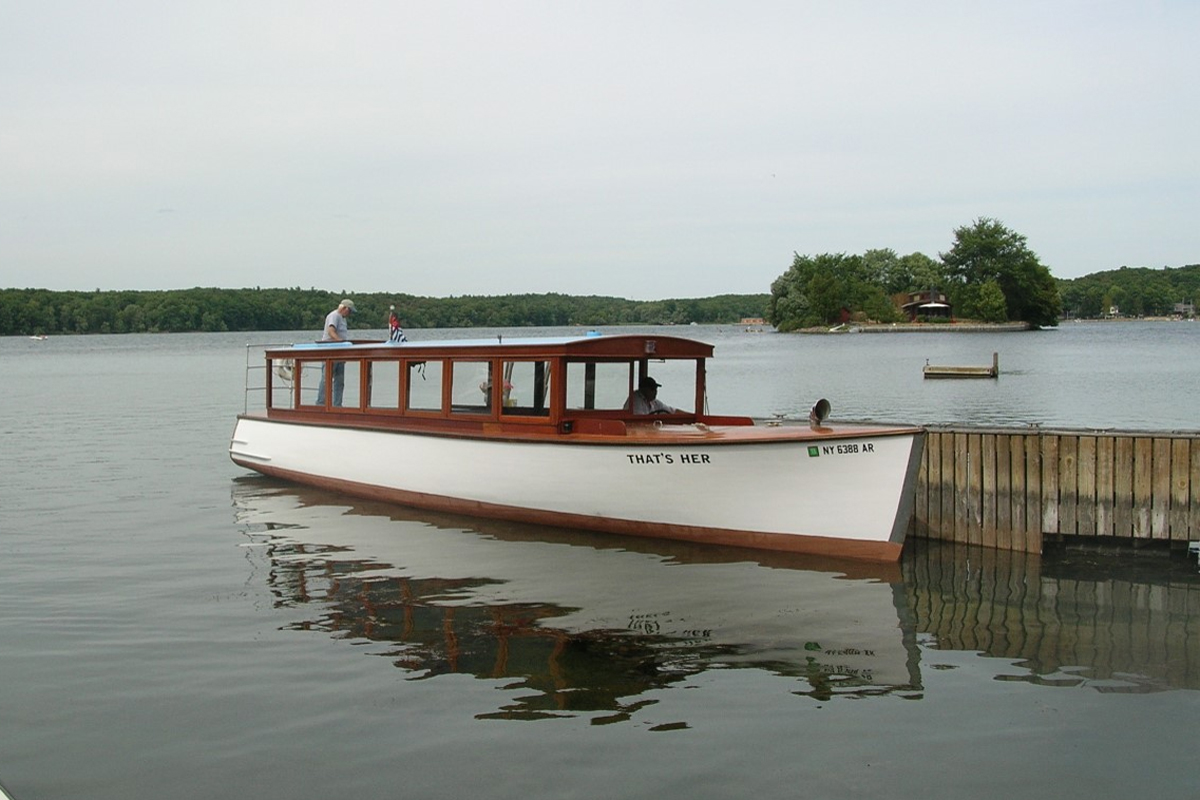 “That’s Her” won the Most Original Award at the 39th Annual Vintage “User” Boat Show sponsored by the 1000 Islands Chapter.

“That’s Her” is a 1933 Brainard Robbins Water Taxi/Launch owned by Duane Chalk.  She is 40′ long and was used to ferry families between Fishers Landing and the islands in the 1000 Islands area of the St. Lawrence Seaway.  The Harry Chalk family bought “That’s Her” in 1945 as part of the livery service from Robbins.  At age 15, Duane began to captain “That’s Her” to deliver families to their island destinations.

Every spring, “That’s Her” was painted by the family.  Mother Hazel hand painted her name on both sides and did all of the varnish work.

She has been in storage, but now has a few new ribs, tightened bottom planks, new pistons in her 6-cylinder Chrysler 125 hp engine.  She carries lots of memories of the island families.