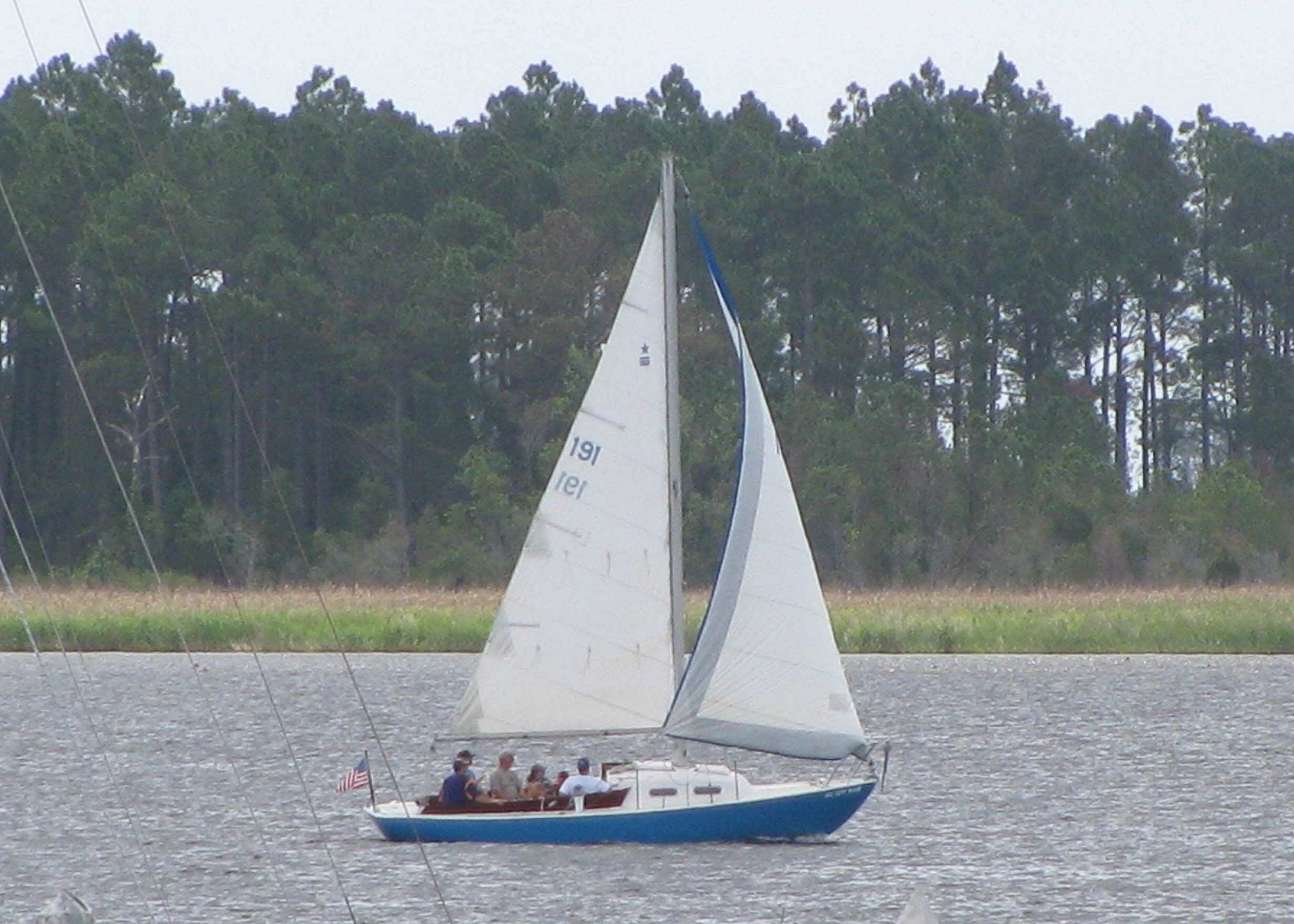 I have owned many boats in my life, both power and sail, but have only owned one boat twice. That would be True Blue, a Carl Alberg designed 26’ Pearson Commander sloop built in 1967. The first round of ownership was a partnership with my friend Leif Eriksson. We had owned several boats together and have a great relationship, boat related and otherwise. Blue was a great choice for us; we wanted a big Daysailor as opposed to a cruising boat but one that would stand up to the sometimes-rough conditions of the Neuse River. We have a blended family like the “Brady Bunch” with 7 kids (all grown now, thank goodness!) and Blue’s 9’ cockpit ensured that there was always room for a good-sized crew.

As time passed, situations changed some and I thought it might be a good time to pass Blue on to another steward. Leif wanted to swap over some hardware to another boat he had so he ended up buying me out. I picked up a nice little Rhodes 19 centerboard sloop as a replacement. It was a fun boat, but when the gang came to visit, we had to go sailing in shifts. The crew missed the roominess of Blue and stated their displeasure with the Rhodes, My son Chris offered to go in partners with me on a new (to us) boat with more room. We looked at a couple of boats but nothing really fit the bill. Meanwhile, Leif had put Blue in the yard and gave her a bunch of needed TLC. I helped him do a roll and tip paint job and when I asked him what his plans were for the boat, he said he was ready to sell her. I told Chris about this and he came to check her out and agreed that we should buy her back.

My daughter’s wedding was rapidly approaching and we decided to do the purchase after that. The day after the wedding, the newlyweds hosted a party and as my 70th birthday was a couple of days away, they wanted to honor me while we had this large gathering of family together. They gave me a birthday card which contained a bunch of small pieces of paper with a letter on each piece. My job was to unscramble them and see what message it made. The answer was “True Blue = free boat”. The kids had bought True Blue for me (us) for my birthday! 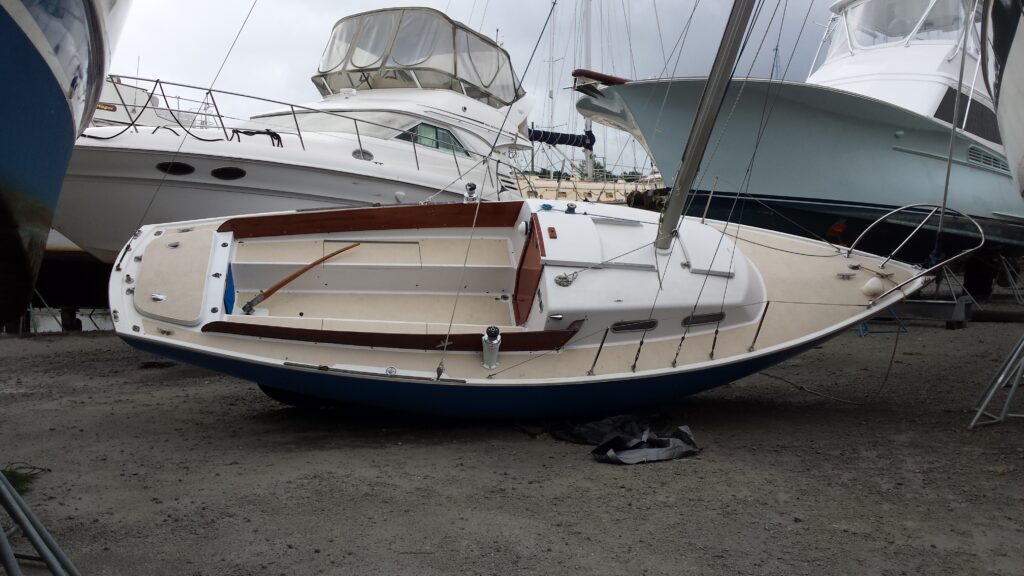 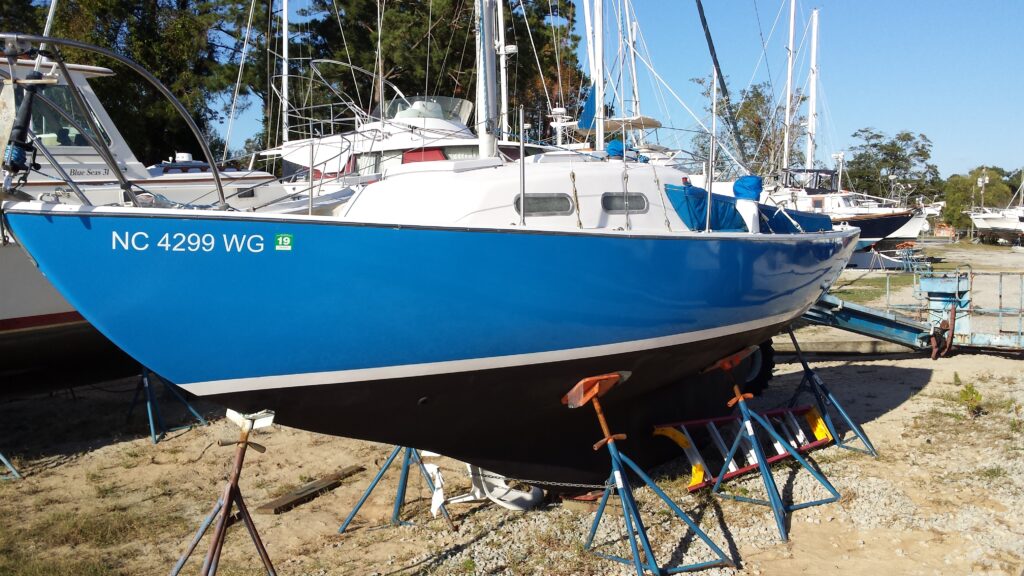