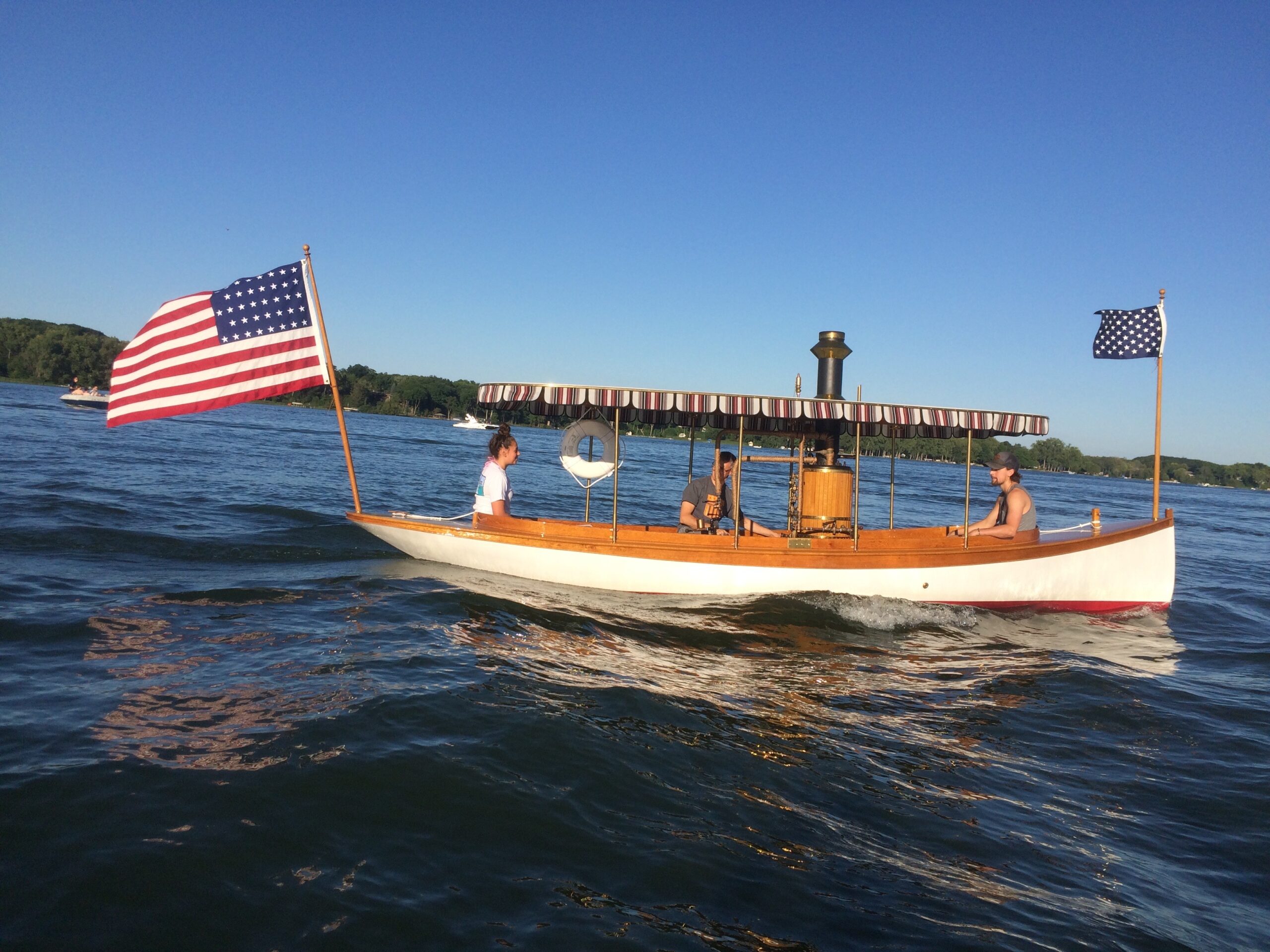 The 1887 Lawley Steam Launch (pictured above) is owned by Nora and Louis Cares, members of the Toronto chapter. Her name is Ava-Lu. She is powered by steam/coal engine that produces 10hp. Her home port is Grand Rapids, MI. 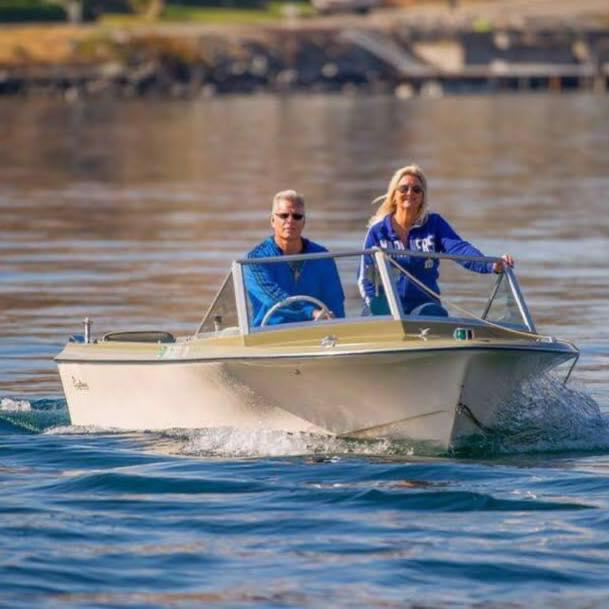 This completely original 1969 17-foot Bayliner is powered by 120 MercCruiser and owned by Charlie and Sheri Culp, members of the Pacific Northwest chapter. Her name is Sheri Lynn. 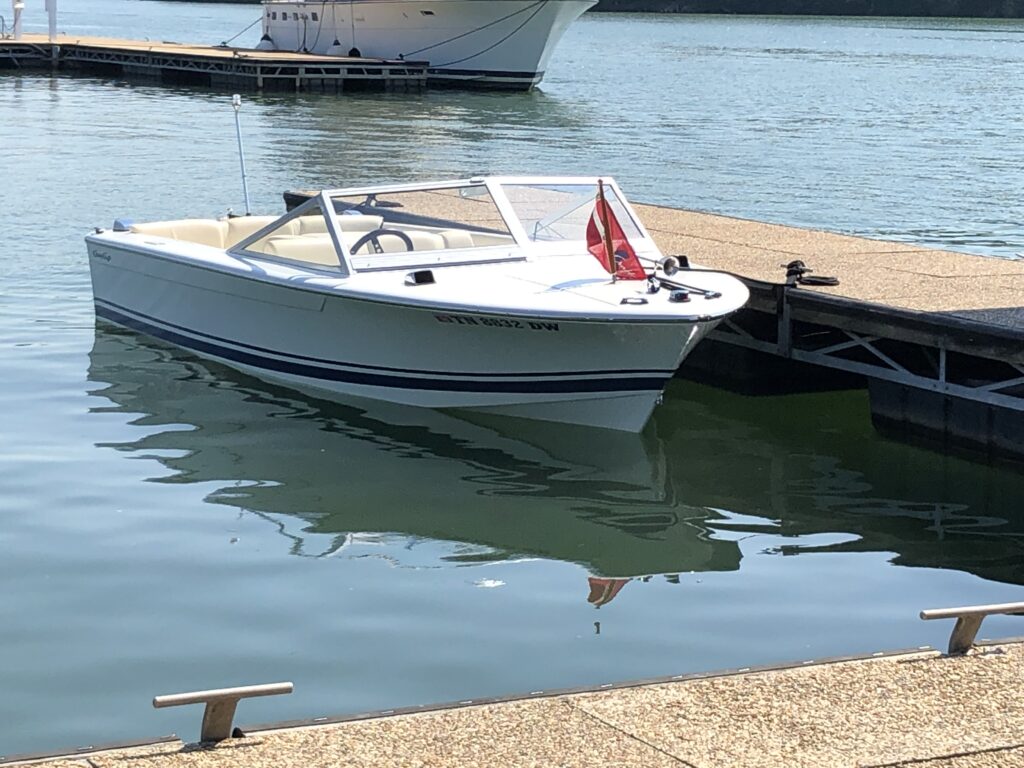 This restored 1978 Chris-Craft Super Sport was once owned by Alan Jackson (Country Singer) and is now owned by Bill and Carol Evans, members of the Dixieland Chapter. She is 17-feet in length and powered by a Chevy 305K engine producing 265hp. 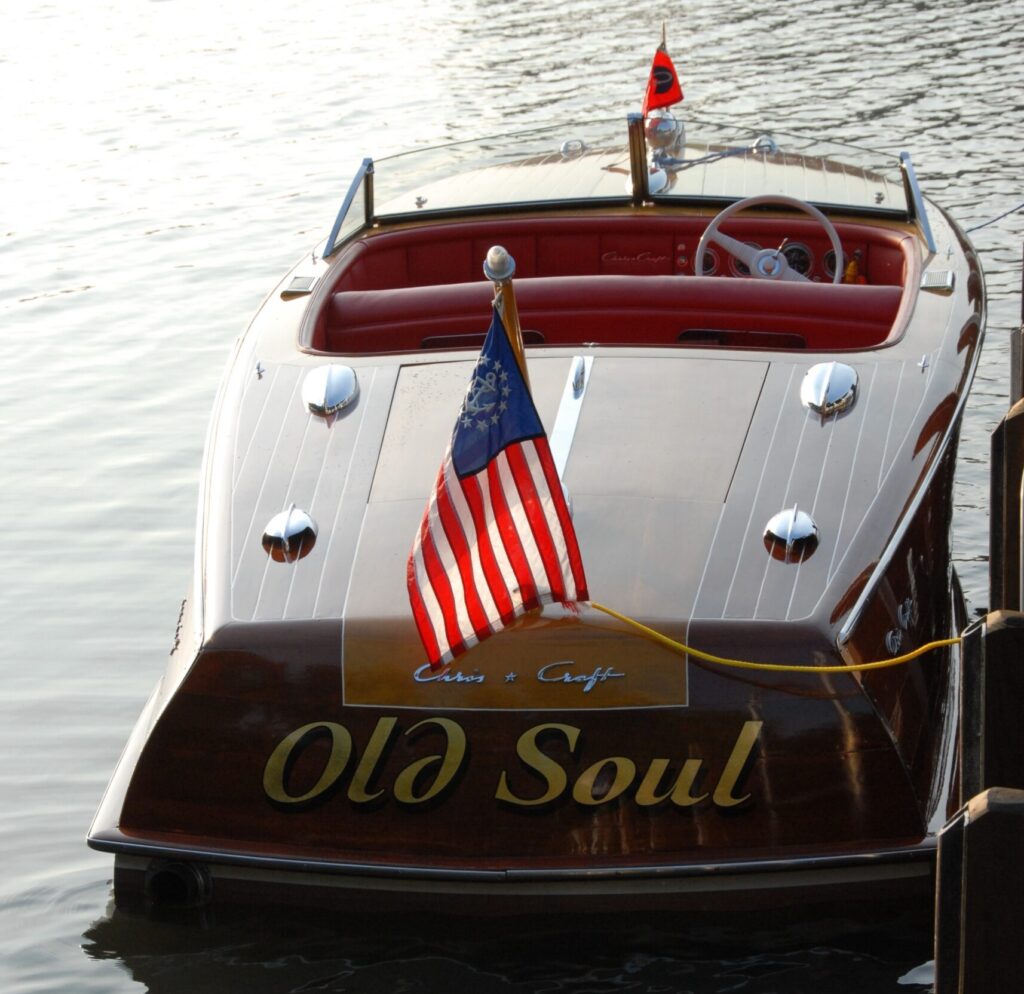 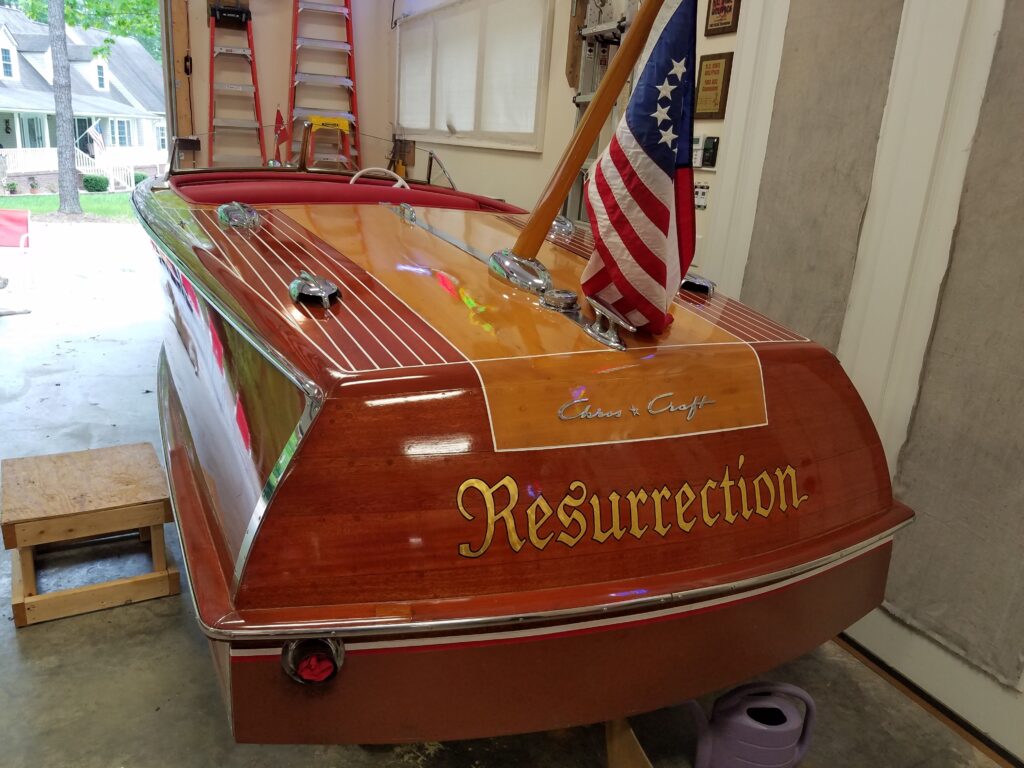 Richard and Cindy Booth are very fortunate to own two Chris Craft Customs both 20-feet in length. The 1946 was purchased from California (with help from Bill Baldwin) and originally named “Dumb Blonde”. Cindy has naturally blonde hair and said the old name had to go. The 1948, “Resurrection”, was bought locally at Lake Gaston North Carolina (LKG our home). The 1948 had sunk 3 times including at her dock during a hurricane. As a result, was named “Resurrection “. Richard and Cindy are members of the North Carolina Coastal & Piedmont and Sunnyland Chapters.

Send a picture of your boat for the next Tuesday Tour of Classic Boats.