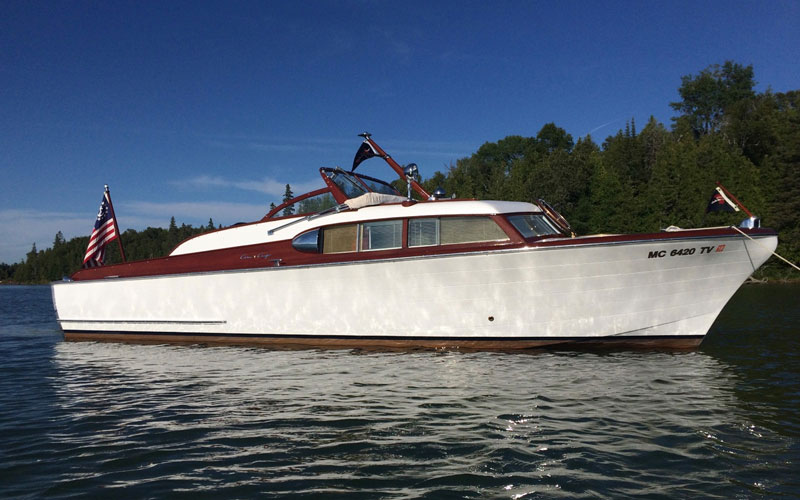 Cruising into summer! Above is a 1956 Chris Craft Express Cruiser named Take Two. She is 25-feet and powered with a Hercules K engine. Take Two is owned by Thomas and Heidi Frye, members of the Water Wonderland Chapter.

The Fryes also own a Lyman, a Boston Whaler, and this 19-foot 1936 Chris Craft Double Cockpit Forward named Zas-Zu-Zas powered with a Hercules ML engine. 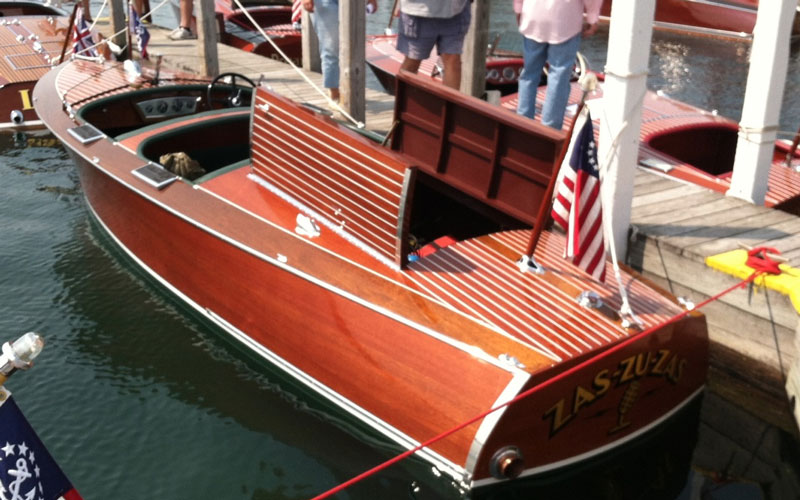 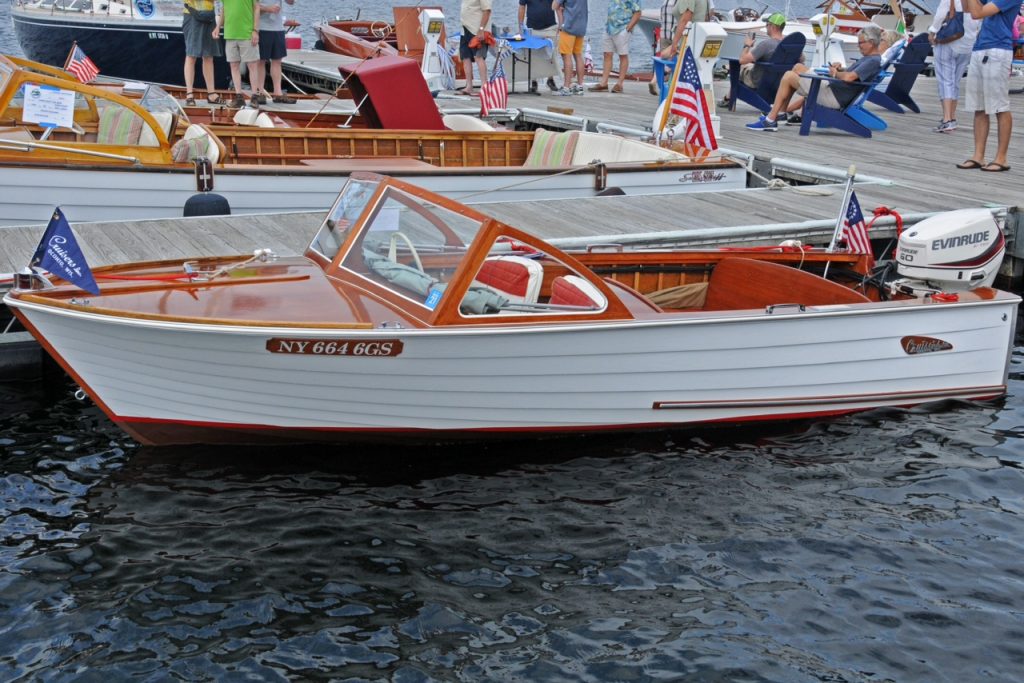 Seafaery is owned by Steve and Beverly Detwiler, members of the Lake Champlain and Adirondack chapters. Her home port is Lake Placid, NY. She is a 16-foot 1960 Cruisers, Inc. Seafarer model. The picture was taken during the 2018 Lake Champlain chapter boat show in Burlington, Vermont. She was voted best in class – outboards (skipper judging). Photo credit: George Kurjanowic. 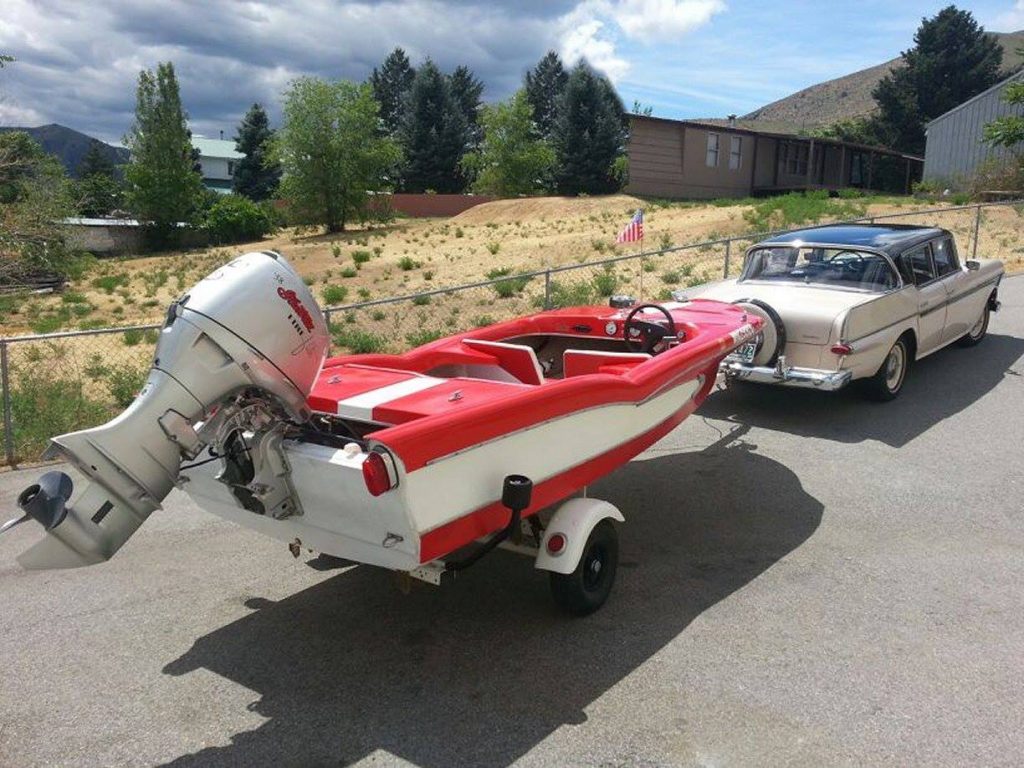 Great tow vehicle boat combination from Lake Chelan, Washington. The 1958 Glastron FireFlite is paired with a Rambler. The boat and car are owned by Richard Duoos.

Lida Rose is a 1917 21-foot launch built by Davy Nichol of Smiths Falls, ON. Lida Rose is powered by a 1936 2cyl 71/2hp St. Lawrence Engine. She is owned by Fred Sneyd and has always called the Rideau Lakes her home. Picture taken at the Ottawa International Antique and Classic Boat Show in Westport, ON by Graeme Hoatson Beattie, Secretary and Facebook Administrator for the Manotick Classic Boat Club.