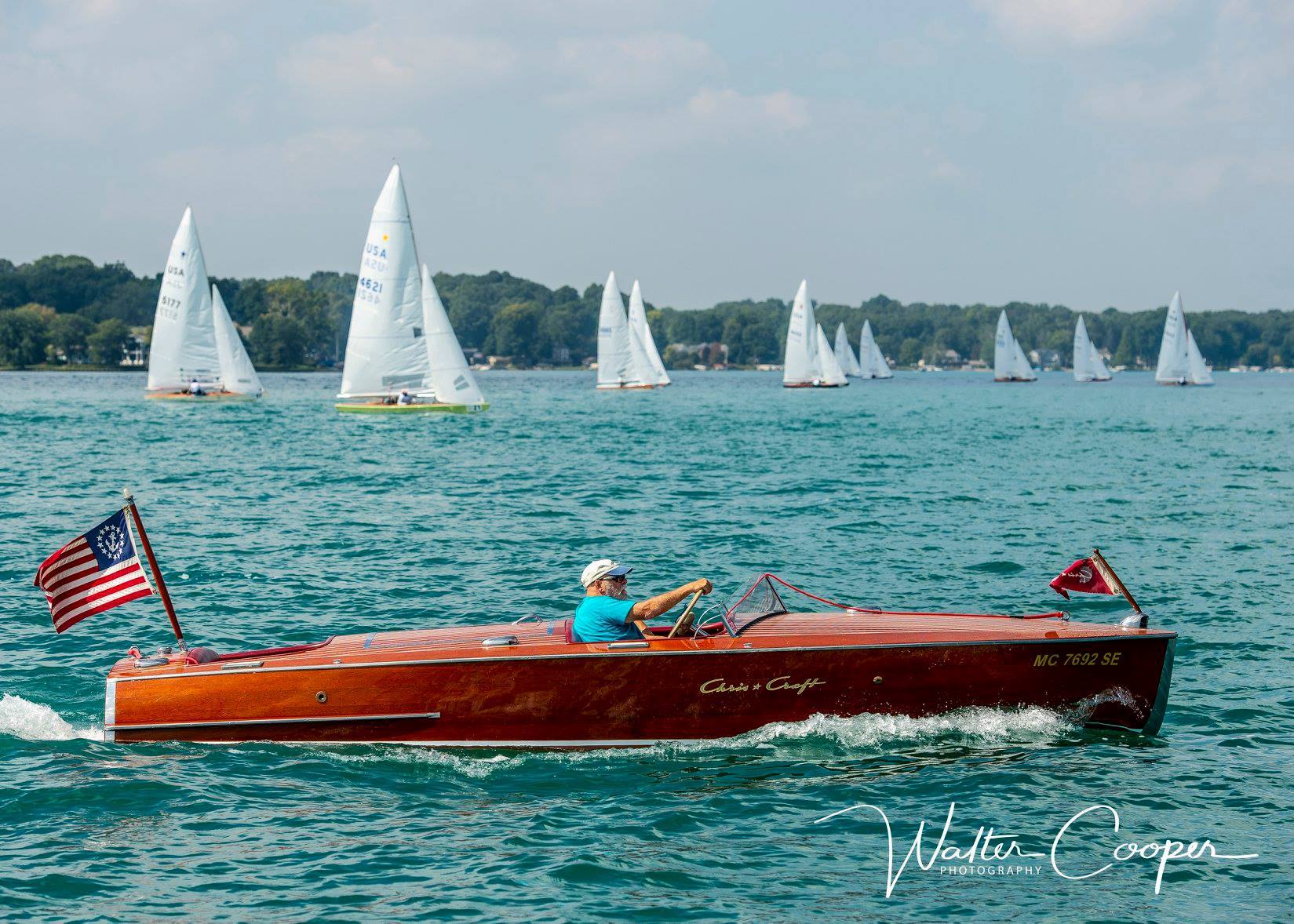 Boat name: C.S. Lane
Boat owner: J. Mac McClellan
Boat model: Dyer 29
Boat Maker: Anchorage Marine, Warren, RI.
Year built: Construction began in the fall of 1957. She was launched in the spring of 1958.
Hull number: #8 – Anchorage Marine is still building the Dyer 29, somewhere north of Hull #450. Hull “0” was built from wood.
Construction material: Fiberglass hull. One of first production glass hulls. From the rail up the boat is wood, or a combination of wood and glass construction. No two Dyer 29s are the same as they were built to owner specs above the rail. There are hardtop versions, soft tops, open hulls (we had two as launches at our previous Club, Indian Harbor in Greenwich, CT).
Engine: C.S. Lane is on her fourth engine, a new Mercruiser 5.7 MPI rated at 350 hp. Previous engine was a marinized 350 hp Oldsmobile V8. Original engine was a 135 hp Palmer.
Accommodations: Large V-berth, enclosed head with sink, galley and dinette.
Home Port: Grand Haven, MI, on the eastern shore of Lake Michigan
Cruising grounds: C.S. Lane spent her first 57 years on the northeast coast, mostly Massachusetts. We bought it and moved it to Grand Haven where we cruise the shore of Lake Michigan, and the larger lakes that line the shore including Spring Lake, Muskegon, White Lake, and several others.
Photo credit: Betty Clark took the photo just offshore from Grand Haven.