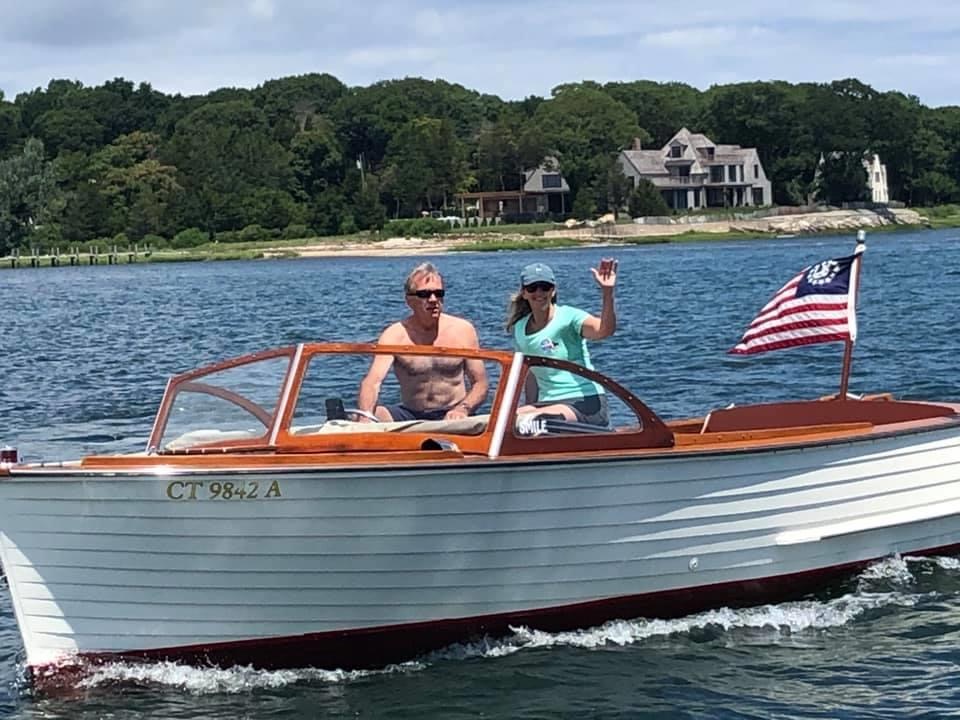 Mooncusser is our summer oasis, taking us on multi-day adventures from New Haven to Martha’s Vinyard, usually with Jessie, our Golden Retriever. Mooncusser is best described as a “Resto-Mod”, as we have upgraded every aspect of it from the original design to make it stronger, faster and more comfortable.

Year built: Construction began in the fall of 1957. She was launched in the spring of 1958. Hull number: #8 – Anchorage Marine is still building the Dyer 29, somewhere north of Hull #450. Hull “0” was built from wood. Construction material: Fiberglass hull. One of first production glass hulls. From the rail up the boat is wood, or a combination of wood and glass construction. No two Dyer 29s are the same as they were built to owner specs above the rail. There are hardtop versions, soft tops, open hulls (we had two as launches at our previous Club, Indian Harbor in Greenwich, CT). C.S. Lane is on her fourth engine, a new Mercruiser 5.7 MPI rated at 350 hp. Previous engine was a marinized 350 hp Oldsmobile V8. Original engine was a 135 hp Palmer.

Powered by a 455 cu Oldsmobile engine.