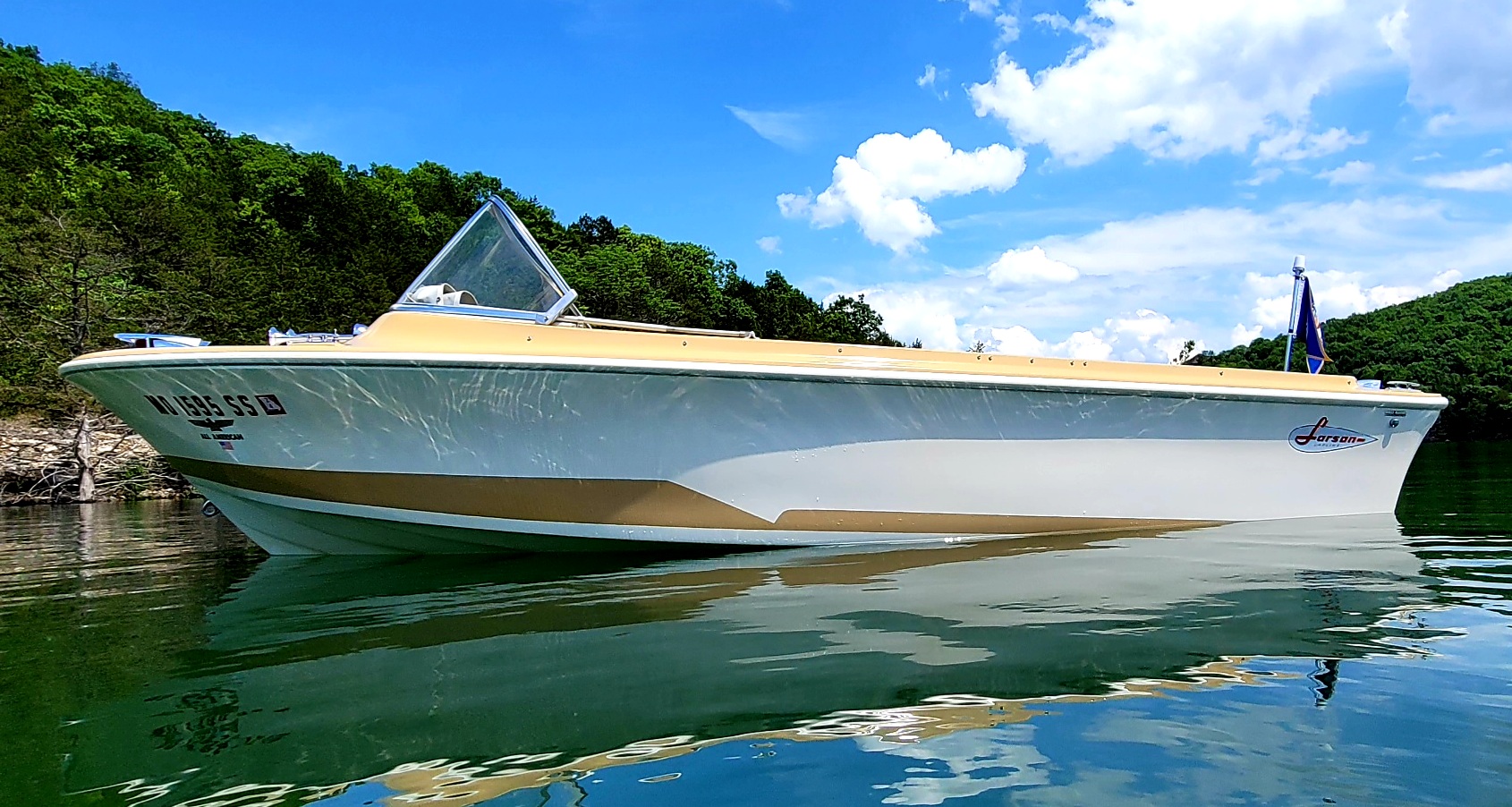 Leading the Tuesday Tour of Classic Boats this week is a 1966 Larson 166 All American with 110hp Mercruiser. Her name is Ei8ht Again! because my parents bought it new when I was 8 years old in Independence, Missouri. We’ve owned the boat its entire life. The boat is all original and we relaunched her last summer. She now resides at the Lake of the Ozarks and we are members of the Heartland chapter. I took this photo at Table Rock during the Heartland event in June. She is owned by Randy James.

Unbridled is a 1976 Century Arabian 200 (20-feet) powered by a 440 Chrysler V-Drive 330HP. Mark and Heather Manes, members of the Northern California-Lake Tahoe chapter, are the owners. 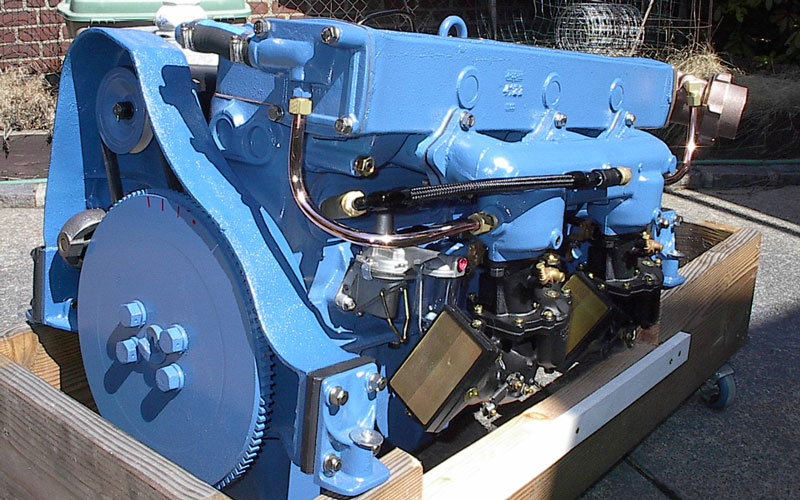 Did you know that in the Members Only Online Directory you can search for Engines? Once you sign in, click on “SEARCH” in the top menu and choose “Engines”.  The search will list both mounted and unmounted Engines.

The engine pictured above is a 1946 KFL. It is owned by Robert Lally and came from a 1946 Chris Craft Runabout Deluxe named Miss Shirley. Robert Lally, member of Penn NE/Harveys Lake and Sunnyland Chapters, has also included in his membership files pictures of two other boats. This one is a 1961 17-foot Argo Craft Triumph.

Robert Lally says, “The Argonaut is an ARGOCRAFT outboard motor boat.  She has been in our family since new.  This is a real New York boat, built just outside of JFK International Airport on Rockaway Blvd.  The company was owned and manned by Greek immigrants who carried on their tradition of boat building, going back many years.  They made standard models and also accommodated any special requests by the buyer.  Beyond the runabouts, they made small cruisers and powered them with outboard, inboard and inboard/outdrives.  The construction is plywood, with mahogany plywood on the decks.  This was the first time I had ever seen a company that actually wet sanded their paint and varnish to produce the ultra smooth finish we all see on the classic Chris Crafts and others currently displayed at the shows.  They made flat chines and that contributed to good speed with moderate power.  The old shop was a great place to visit… with the Greek music playing all day.  I am happy that I still have this boat.” 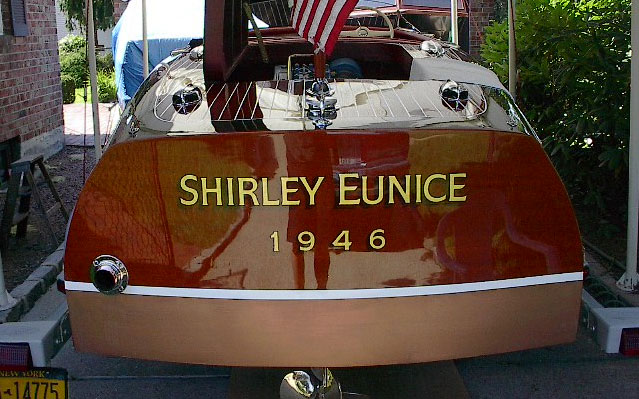 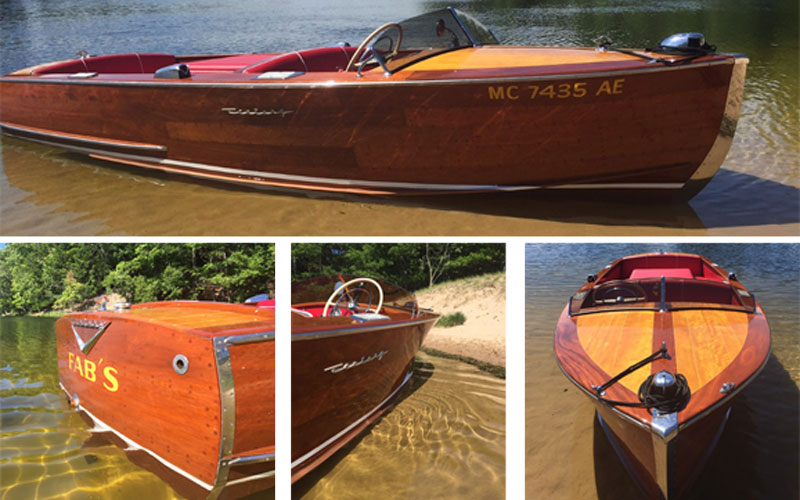 FAB’S is a 1956 Century Resorter owned by Pete and Christy Oquist, members of the Water Wonderland Chapter.  These pictures were sent in by Philip Oquist who says, “The attached photos of FAB’S are the finished product after 5 years of finishing, engine part searching, re-wiring, heartache and hard work from father-son & best friends who all share the love and passion for these beautiful boats. The photos were taken on August 2017 at the Ludington, MI State Park area.”