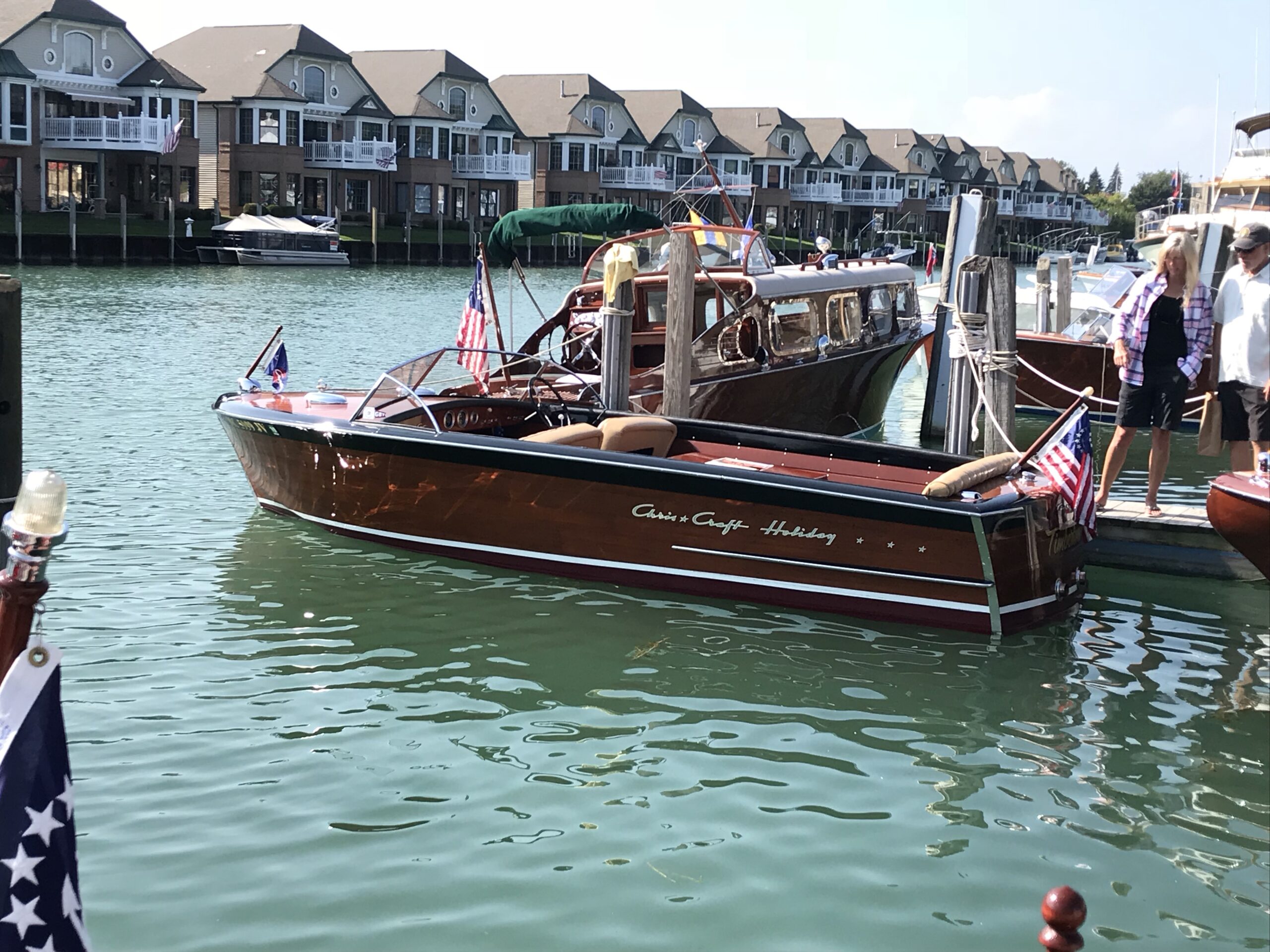 Above is Timbertoes, a 1952 CC Holiday owned by Gary Sonnenberg and Ron Snider of Grosse Ile, MI. We found her in 1980 derelict, full of snow and ice in the middle of the winter, with a stuck engine, in Grand Rapids,,Mi. We spent 4 years on her first restoration and used her as a daily driver. She got pretty rough again and we started a second restoration and lost interest. She sat in storage for 17 years then went into the second restoration which we had some help with. Since completed in 2008 she has a show quality finish, custom interior and re-powered with a Ford Cobra V8. In 2008 Timbertoes won 1st place at the show in Hessell, MI. In following years a 1st place in Algonac and Port Sanilac. These photos were taken at the 2018 Boat the Blue show in Port Huron. She did not win any award because the bilge pump ran to much, plus custom measures . Yes, all the accents are black, not original, and Timbertoes is a knock out to look at. Home port is Grosse ile Michigan 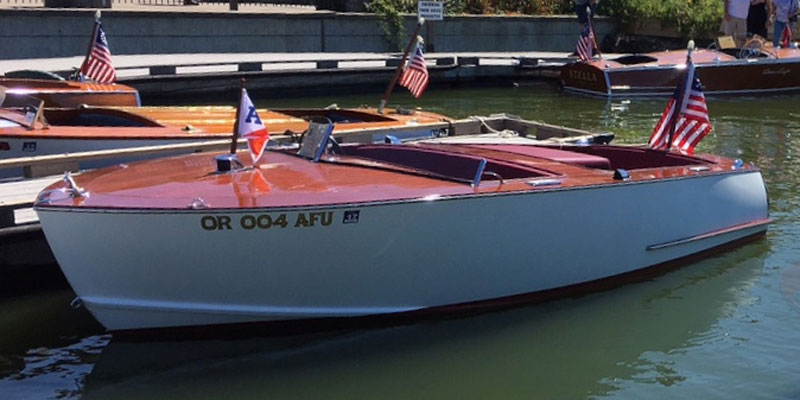 FancyFree was a tender to FooteLoose for 20 years before moving to Oregon from the San Francisco Bay Area.  She was also the family ski boat on the San Joaquin Delta. Scott and Ginger Foote of Bend, OR own FancyFree, a 16.5-foot Glen-L Audeen built in 1985 by the Foote family over a period of 9 months. She is powered by Chevy 350 V8. 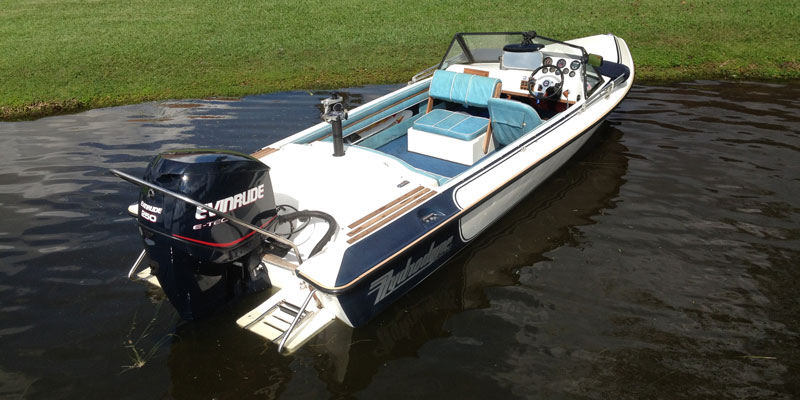 Another Late Classic boat is this 1985 Hydrodyne owned by Bill and Bobbi Vogel, members of the Sunnyland Chapter.  Bill says, “We have owned our Hydrodyne since new. It was featured in Evinrude and Johnson catalogs. It is all original including interior and we repowered it with a 250hp Evinrude Etec in 2008. We taught our kids how to ski, tube, knee board and barefoot behind it. The boat remains an important part of our family and proudly resides in our boathouse awaiting the next adventure.”  photo by Bobbi Vogel. 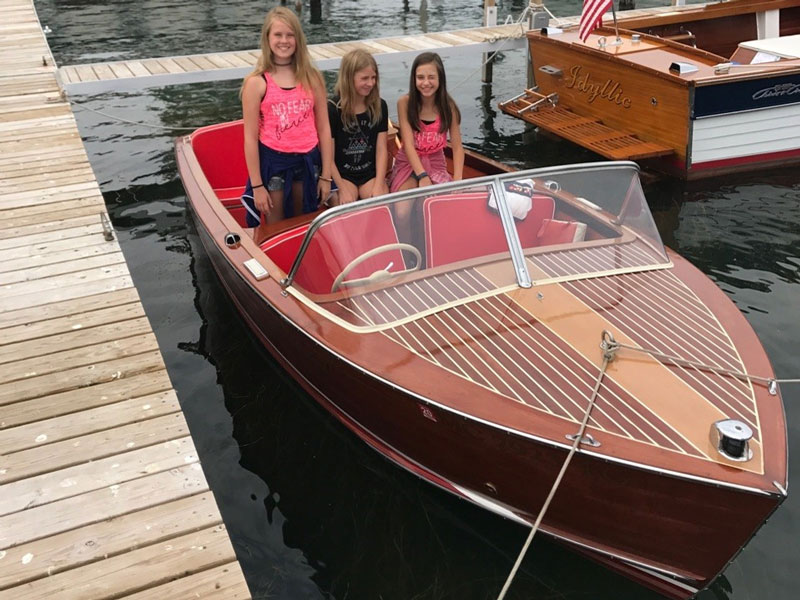 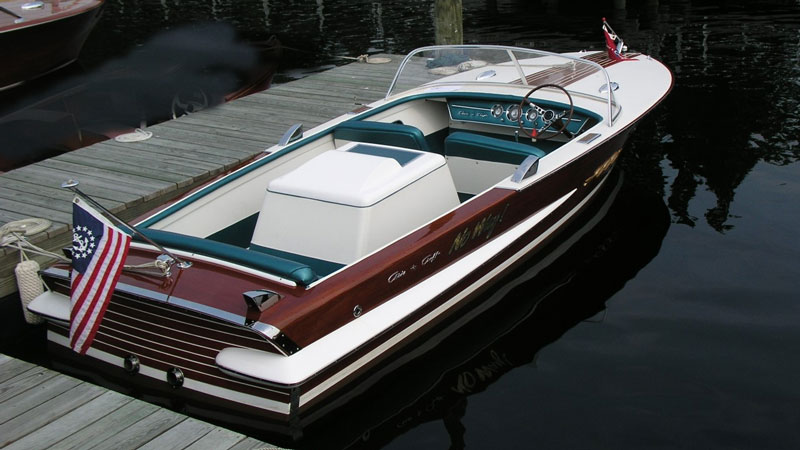 No Way is at home at Turnersville, New Jersey.  This 1964 Chris Craft 20-foot Holiday Utility belongs to Carmen and Denise DeLeo, members of the Philadelphia Chapter.  No Way was one of only ten of this model built in 1964. Her hull number is CUD20-0002. 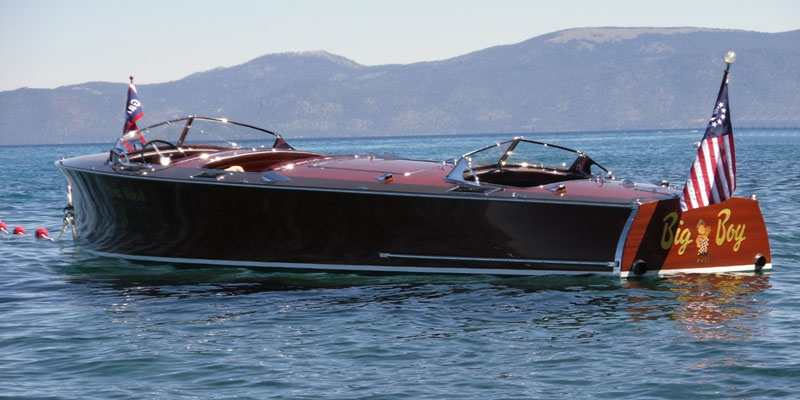 Big Boy is seen here on the beautiful west shore of Lake Tahoe.  Big Boy is a 1937 Gar Wood 28-foot Triple Cockpit Custom Runabout, Model 746.  Big Boy is the only Model 746 built.  She is owned by Stephen and Janice Hamill, members of the Northern California/Lake Tahoe Chapter. 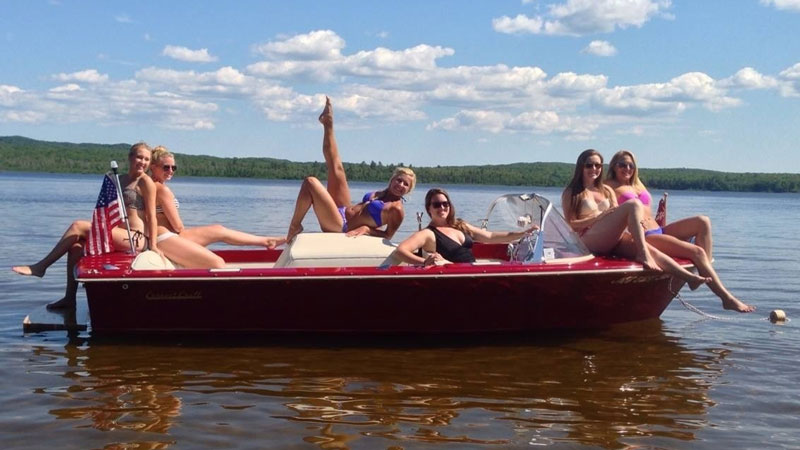